How Automation Will Bring BioPharma Research Into the 21st Century 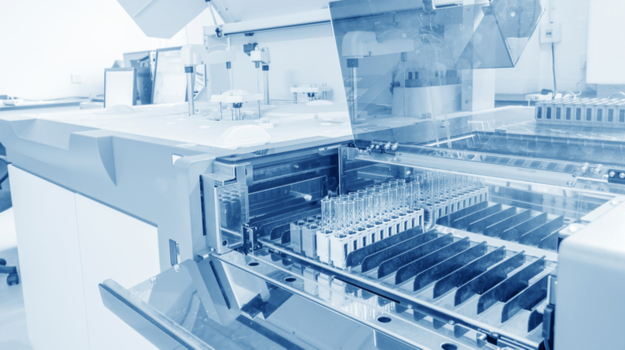 Look around you, technology is everywhere – it’s in your pocket, on your wrist, in your ears. As technology advances, more of it becomes automated. While some manufacturing industries have long utilized automation throughout their processes and product production, the biopharma industry is comparatively behind the times. Although most biopharma companies (and some academic labs) use liquid-handling robotics to automate parts of their processes, such as high-throughput screenings, robotics have not been utilized to its full potential through the entire process to improve productivity and product quality. How can automation be fully utilized to accelerate science?

The Impact of Automation

Automation uses robots and computers to monitor and perform experiments as well as process and analyze data. Some may think this will end up replacing scientists, resulting in job losses, but others believe automation will be very helpful for multiple reasons. Automation will free up scientists’ time, allowing them to spend much less time on grunt work in the lab and focus on experimental design and data interpretation, the crux of innovation.

“Basically, if you’re a biologist you spend all of your time moving tiny amounts of liquid around from vial to vial by hand with a little micro-pipette or you have a robot that does it for you,” said Will Canine, co-founder of OpenTrons, a U.S. company making affordable liquid-handling robotics for biologists.

By having robots perform experiments more quickly than if they were performed by hand, the scientists will increase their productivity and be able to answer experimental questions faster. Automation will also increase the accuracy and reproducibility of results, something the science community is currently grappling with. A survey in Nature of about 1,500 scientists reported that more than 70 percent failed to reproduce other scientist’s experiments and more than 50 percent failed to reproduce even their own experiments.

Automation can improve the quality of products given to patients, such as stem cells, and clinical analysis, such as microbiology and pathology. As personalized medicine becomes increasingly common, so does the need for process optimization and regulatory compliance. Ensuring product integrity with no contamination is especially important in manufacturing patient-specific drugs. Automation allows for increased productivity, accuracy, and speed while making small batches of drugs.

Liquid-handling systems and pipetting robots have been around for a while. Unfortunately, they often come with a large price tag (typically over $100,000), making them too expensive for most labs. In addition to their larger physical size, such systems also tend to require trained personnel to program and operate them.

More recently, companies have begun selling low-cost liquid-handling robots that can be controlled through a web browser, where researchers can download previously created protocols to either use directly or modify. One company, OpenTrons, offers a personal pipetting robot starting at $4,000.

Buying the automated instruments is just the first step – they must be controlled by software. When scientists run into limitations in the currently available automation software, they can gain full control over their instruments through a novel software platform called Antha created by Synthase, a London-based company. Antha is a software interface that allows scientists to create new protocols and automate lab equipment more specifically.

Instruments all use their own unique software and collect data in various formats. Facilitating communication between instruments will create a smoother workflow. One company, Riffyn, is doing just that. They provide cloud-based data organization, from experimental design to collecting data from multiple instruments into one location.

While automation is possible for some simpler experiments, more complex experiments may not be as feasible to automate.

“I have a hard time believing that a centralized automated lab will give you the freedom and flexibility to experiment with all the parameters you need to do some innovation,” said Roger Chen, an associate at the San Francisco investment firm AlphaTech Ventures.

However, automated instruments are not the complete picture; data is another piece of the puzzle. Converting data from handwritten notebooks to electronic records allows for easy querying and searching to find answers, rather than manually flipping through research notebooks.

Automating data collection and backing up data to the cloud will also facilitate easy management and analysis of large data sets. This is increasingly important in the big data era, where enormous amounts of data, such as whole genome sequences and high-throughput screens, are being collected. Various companies, such as BioBright, are offering automated data collection and cloud storage.

While automation seems to be the way of the future, figuring out the nuances of applying automation to more lab experiments and data management will be the hurdles to bringing lab science into the 21st century.