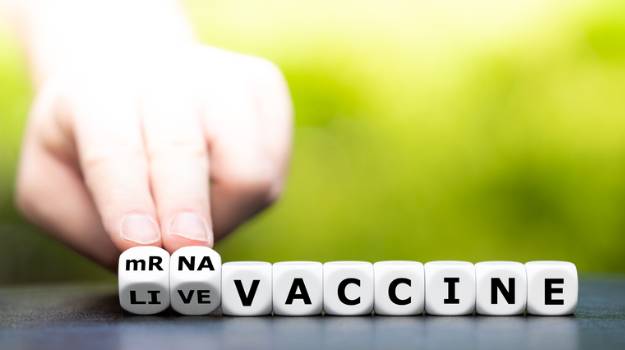 With FDA advisory panels unanimously recommending boosters of the Moderna and Johnson & Johnson COVID-19 vaccines on Thursday and Friday, these will likely become available alongside Pfizer’s in the near future for specifically approved populations.

For pediatric specialists like Dr. Ofer Levy, a voting member of the FDA’s Vaccines and Related Biological Products Advisory Committee and director of the Precision Vaccines Program at Boston Children’s Hospital, there is still much hesitancy around the idea of boosters for adolescents and younger adults. The concern relates to the risk of two rare heart inflammation conditions, myocarditis and pericarditis, linked to the Pfizer and Moderna mRNA vaccines.

“As we go into younger and younger age groups, they’re less and less at personal risk of severe Covid, and on the other hand, somewhat more at risk of this inflammatory heart condition with the vaccine,” Levy told CNBC on Friday. “So it’s a risk-benefit analysis, and that’s why you’re seeing that deliberation.”

Currently, vaccine boosters are only authorized for people 65 and over, individuals at high risk for severe disease, front-line healthcare workers, and anyone whose job or living situation puts them at a higher risk—such as grocery store workers and police officers—six months receiving their second dose.

According to the Centers for Disease Control and Prevention (CDC), cases of inflammation have occurred predominantly in male adolescents and young adults usually within several days after vaccination. The CDC also said that the cases have occurred more frequently following a second dose—which could raise alarm bells over what would amount to a third half-dose.

The FDA is now taking a closer look at the risk of heart inflammation in weighing whether to authorize Moderna’s vaccine in the 12 to 17 age group. This follows the decision by four Nordic nations (Finland, Sweden, Denmark, and Norway) to recommend against the use of the vaccine in younger age groups due to the rare cardiovascular risks. Finland and Sweden have taken the additional step of pausing the administration of the Moderna vaccine among men under the age of 30. Norway recommended that men under 30 who have already gotten the first dose of Moderna receive a second dose of the Pfizer-BioNTech vaccine instead.

While both vaccines are mRNA-based, some studies have shown the rare cardiovascular effects occur more frequently after inoculation with the Moderna shot. Canadian data, in particular, suggested the incidence of myocarditis with the Moderna shot may be 2.5 times higher than with the Pfizer vaccine.

In reaction to the European contingent’s decision, a spokesperson for Moderna stated that the company was aware of “the very rare occurrence of myocarditis and/or pericarditis following administration of mRNA vaccines against Covid-19 … These are typically mild cases and individuals tend to recover within a short time following standard treatment and rest.”

In an interview, Moderna Chief Medical Officer Dr. Paul Burton made the argument that the FDA’s data on 18- to 25-year-olds “doesn’t show any significant difference in the rate of myocarditis among people who took the Moderna or the Pfizer-BioNTech vaccine.”

Moderna CEO Stéphane Bancel stated that from the data he’s seen, he “would be comfortable with anybody in [his] family who is a young male getting the vaccine.”

It reportedly could take “weeks” for the FDA to reach a decision on authorizing Moderna’s vaccine for the adolescent age group.