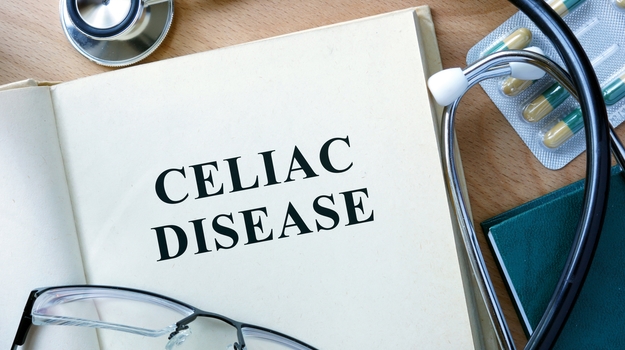 Sitari, which was incubated at COI Pharmaceuticals, the Community of Innovation established by Avalon Ventures, was the first company formed under the GSK-Avalon venture collaboration in 2013. Now, GSK is bringing the ready-for-the-clinic asset into its fold to complement its autoimmune R&D focus.

John Lepore, GSK’s senior vice president of research, said in a statement sent to BioSpace that the Sitari TG2 program complements GlaxoSmithKline’s research focus on genetically-associated targets and immune-driven disease. Current standard of care for celiac is a strict adherence to a gluten-free diet. But, Lepore said a significant number of patients still experience gastrointestinal symptoms and disease progression.

“TG2 inhibition could represent a new hope for celiac disease patients,” he added in a statement.

Jay Lichter, chief executive officer of both Sitari and COI, as well as a managing director of Avalon Ventures, touted the collaboration with GSK, which has so far launched eight different companies. He said GSK has remained interested in the relationship despite having undergone a leadership restructuring that included a new CEO and R&D focus.

“Careful planning leads to good outcomes,” he said of the relationship with GSK.

In addition to Sitari, the companies launched under the partnership include amyotrophic lateral sclerosis-focused Iron Horse Therapeutics and PDI Therapeutics, an immuno-oncology company. In a conversation with BioSpace, Lichter said GSK was excited about the preclinical data Sitari had generated with its asset and has plans to move it into the clinic within a year or so.

Sitari Pharmaceuticals was targeting the Transglutaminase 2 (TG2) pathway for the development of treatments for celiac disease. TG2 is thought to play a multi-factorial role in celiac disease. TG2 is the primary human protein that is attacked as part of an autoimmune response in patients with celiac disease. The enzyme is also responsible for catalyzing a reaction with dietary gluten peptides that drives pathogenesis of the disease, according to company data. Sitari had been developing targeted inhibitors of TG2 with the potential to suppress the autoimmune response that results in intestinal inflammation and cell pathogenesis in celiac patients.

“The chemistry for this asset has been good,” Lichter told BioSpace. “Sitari’s preclinical program has the potential to become a medicine to help millions of patients with celiac disease, and we are excited that GSK, a leader in developing innovative medicines, will be advancing the program.”

GSK and Sitari are not alone in trying to develop a treatment for celiac disease. Multiple companies are vying to be among the first to market with a product aimed at this intestinal inflammatory disorder. Recently, Belgium-based ActoBio Therapeutics saw its Investigational New Drug Application for AG017, an innovative orally-delivered therapeutic candidate for the treatment of celiac disease approved by the FDA last month. The company anticipates launching clinical trials by the end of the year. In May, Genentech and California-based Parvus Therapeutics forged an agreement to develop navacims for celiac. Other companies, including Amgen, ImmunogenX, Celimmune and more are all working on assets for this disease.

Under the terms of the agreement, which closed at the end of August but was only announced this week, GSK acquired Sitari and all of its intellectual property. Because of its unique position as a COI company, the employees who worked on the celiac project have been shifted to other COI companies, Lichter said. Financial terms were not disclosed.

COI provides the intellectual capital to launch companies, a fully-equipped R&D infrastructure and industry mentors prepared to leverage their expertise to help entrepreneurial scientists succeed. Lichter said the finances from the GSK deal will be reinvested into the Avalon portfolio.