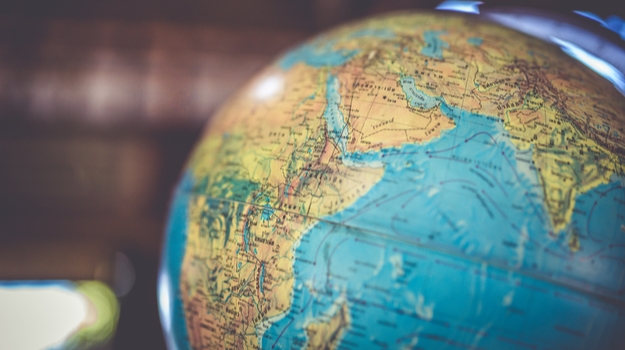 Less than two months after rebranding as BICO Group AB, the company formerly known as Cellink struck a deal to acquire QInstruments GmbH for €61.25 million (about $70 million). QInstruments will join BICO’s Bioautomation business area and strengthen the company’s ability to improve workflows for other BICO subsidiaries as well as those of our customers.

The Acquisition is in line with BICO’s commercial, Bio Convergence strategy. The company said QInstruments will complement BICO’s product offering through sample preparation by mixing solutions for advanced liquid handling robots and workflows. QInstruments will continue as a standalone company, part of BICO’s business area Bioautomation.

QInstruments’ equipment enables precision temperature control and mixing of molecular samples and are highly modular and customizable for easy integration into existing devices and workflows. Its products are used by global pharma companies that include Pfizer, Roche, Illumina, Bayer, Merck, Novartis, and others to support COVID-19 diagnostics, RNA/DNA extraction workflows, high-throughput drug screening, and key genomics and life science applications.

QInstruments is expected to grow 40% in 2021 with revenue projections of approximately €10.8 million. The company has 28 employees and is headquartered in Jena, Germany and has a supplier network around the world.

Tokyo Institute of Technology – The Institute established a presence in the Bay Area. The U.S. hub will help the institute form international collaborations. The institute has similar hubs in Germany and Thailand. With an emphasis on collaboration, the establishment of Tokyo Tech ANNEX Berkeley makes the promotion of joint research in basic as well as applied sciences a distinct possibility. It will further support innovation by providing a US-based launchpad for Tokyo Tech start-ups. The hub will also ease the process of student exchange between Japan and the US. Such exchange may also lead to the development of new joint education programs.

Alzecure – Sweden-based Alzecure is driving a clinical candidate for peripheral neuropathic pain into Phase II. The asset is based on the seminal discoveries of TRPV1 by Prof. David Julius, and for which he has been awarded the Nobel Prize in Medicine this year. ACD440 is a TRPV1 antagonist. The compound is being developed for local use, thereby keeping the systemic exposure very low, while the concentration of the compound locally can be kept high for maximum analgesic effect. In December 2020, AlzeCure initiated a phase Ib clinical trial for ACD440 according to plan to assess both tolerability and early signals of efficacy. The positive study results were communicated according to plan during April 2021. AlzeCure is currently preparing for a phase II study with the drug candidate. The compound is currently being developed as a gel for topical use, but AlzeCure is also evaluating other formulations such as spray or patch to further broaden the area of indication.

Additionally, AlzeCure announced that the first participant has been dosed in a follow-on Phase I study of ACD856 in Alzheimer's disease. ACD856 is a small molecule drug being developed as a symptom-relieving treatment for disease states where cognitive ability is impaired. The Phase I study is AlzeCure's third clinical study with ACD856, the lead candidate drug within the company’s NeuroRestore platform. The primary study goal is to evaluate ACD856’s tolerability and safety after repeated dosing and results from the study are estimated to be available in H1 2022.

Shineco – China-based Shineco is acquiring 51% interest in Beijing Wonner Biotech Co., Ltd. Beijing Wonner is a biotechnology company engaged in the research and development of natural medicines and related products. It adheres to the concept of promoting development with innovation and prospective judgments. It focuses on R&D of medicines for depression, irritable bowel syndrome and other immune metabolic diseases.

MIG Capital AG – Germany VC firm MIG Capital made an investment in investing in iOmx Therapeutics AG, a biopharmaceutical company developing cancer therapeutics based on next generation immune checkpoint targets. The investment was part of a €65 million Series B round. The financing was led by MIG and ATHOS, the Strüngmann family office, with participation from existing investors Wellington Partners, Sofinnova Partners and M Ventures. iOmx plans to use the funds to advance its lead program IMT-07, a SIK3 kinase inhibitor to treat solid tumors. It will also develop IMT-18, a first-in-class monoclonal antibody against IGSF11 to treat PD-1/PD-L1-resistant tumors.

RhoVac AB – Based in Sweden, RhoVav validated top-line results from its three-year follow-up of the patients who took part in a Phase I/II study prostate cancer study. The top-line results shows that the vast majority of patients still had undetectable PSA.

AiPharma Global Holdings – Dubai-based AiPharma entered a binding agreement to sell all of its assets through the sale of one of its wholly owned group subsidiaries, to Aditxt Inc. The binding agreement follows Aditxt’s prior announcement on Aug. 25 to acquire the company and Aditxt’s funding of a bridge loan to AiPharma, a key term toward completion of the acquisition, subject to certain closing conditions. The acquisition will form a business segment for Aditxt that is focused on the prevention, treatment, and monitoring of infectious diseases.

Biophytis SA – France-based Biophytis announced positive results from the Phase II SARA-INT of Sarconeos (BIO101) in Sarcopenia, a syndrome characterized by progressive and generalized loss of skeletal muscle mass and strength. Sarconeos at the highest dose of 350 mg bid showed a clinically meaningful improvement. The results set up a Phase III study.

Pierre Fabre – France’s Pierre Fabre and Atara Biotherapeutics Announced an exclusive commercialization agreement for tabelecleucel (tab-cel) in Europe, Middle East, Africa, and other select emerging markets for Epstein-Barr virus (EBV)-positive cancers. Atara will retain full rights to tab-cel in other major markets, including North America, Asia Pacific, and Latin America. Under the terms of the agreement, Atara will receive an upfront payment of $45 million, and up to approximately $320 million in additional regulatory and sales milestone payments.

Recce Pharmaceuticals – Australia-based Recce will launch a Phase I study of RECCE 327 (R327), part of a new class of broad-spectrum anti-infectives. R327 will be administered as a single dose.