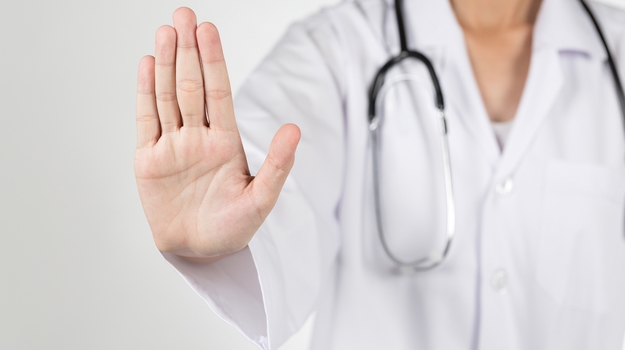 Alert for whichever way the wind might be blowing, many investors have jumped on the news that Gilead Sciences suspended one of its clinical trials of remdesivir for COVID-19 in China. The company is running at least five clinical trials for its experimental antiviral drug remdesivir against COVID-19. Readouts for at least one or two of them will occur this month. Meanwhile, more than 1,800 patients have been treated using the drug on an individual compassionate use basis so far. They recently published data in the New England Journal of Medicine on 53 of those patients suggesting promising results.

But company shares dropped 3% this morning after the company indicated it had suspended one of the trials in China. Gilead said that the Phase III trial for mild to moderate patients had been ended because of lack of patients to enroll.

According to a note by RBC analyst Brian Abrahams, the company is continuing studies in severely affected patients, and pulling data from the halted trial. He wrote, “Key upcoming readouts for the drug remain the Gilead-sponsored studies in severe (late April, though lack of a control arm may limit interpretability) and moderate (May) COVID-19 patients. NIAID’s remdesivir data may also come as early as May.”

Abrahams interprets all this to suggest limited efficacy of the drug, writing, “We continue to believe that while remdesivir showed a promising signal of activity in the recent open label compassionate use published data, the fact that no data has been revealed from the truncated severe study in China—the only randomized study thus far—despite today’s update also indicated it had enrolled a reasonably robust number of patients (n=237), suggests any benefits observed were likely inconclusive and maintains our view that the likelihood of remdesivir demonstrating substantial activity remains at best 50/50.”

The limited data on the 53 patients receiving the drug on compassionate use basis had no controls and, as a result, made it difficult to draw any definitive conclusions. The study of the 53 patients in the U.S., Europe and Canada who required respiratory support showed that about two-thirds benefited from the drug. About half of the patients received mechanical ventilation and four were on a heart-lung by-pass machine. Eight patients were excluded from analysis, one because of a dosing error and seven because there was no information available on how they did.

Gilead was quick to point out that the study has limitations. It is running two Phase III trials of remdesivir, the SIMPLE trials, in countries with high prevalence of COVID-19. Data from the SIMPLE trial in patients with severe COVID-19 are expected sometime this month. Data from the SIMPLE trial in patients with moderate disease are expected in May. It is also supporting several trials led by other groups, including two in Hubei Province, China. A trial in China in patients with severe disease was terminated early because of low enrollment. The data is still pending. A China study in mild-to-moderate disease is ongoing. A global trial led by the U.S. National Institute of Allergy and Infectious Diseases (NIAID) continues to enroll patients. Data is expected in May. Other studies based on a master protocol by the World Health Organization have also started patient enrollment worldwide.

Another analyst, Hartaj Singh of Oppenheimer, is a bit less pessimistic, but he too expressed concern that the compassionate use study had no controls. He wrote, “We view these results as purely directional.” The trials discussed are “highly unorthodox in how quickly they are being conducted, and how many corners are being cut in the interests of getting results quickly,” reported Yahoo Finance. Singh added, the trial “was provided in the U.S., the EU, Canada, and Japan, likely with varying clinical protocols,” depending on which medical institution or system was involved.

Of course, the analysts have the job of evaluating the drug’s effectiveness on how it might affect the company’s stock price and giving investors recommendations. Gilead already manufactured 1.5 million vials of the drug that it was treating patients with it for free.

Alan Carr, an analyst with Needham, indicated that Gilead is only now “evaluating options for pricing strategy for subsequent batches if the drug is found to be helpful for COVID-19.”

Even if the drug is only slightly helpful, there will likely be huge demand. But in the midst of a global pandemic, it’s unlikely to become any sort of a profit center for Gilead.