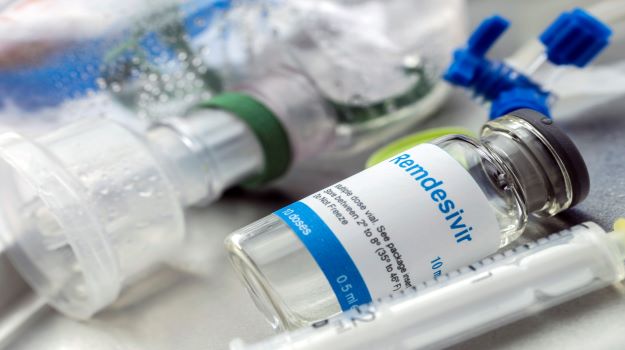 Foster City-based Gilead Sciences says its inhaled version of remdesivir, which has been increasingly used in research and practice to combat COVID-19 in hospitalized patients, won’t be available any time soon as it needs more testing in clinical research.

The inhaled remdesivir formulation is slowly undergoing investigation in a Phase I trial, but Gilead Sciences’ Chief Medical officer, Merdad Parsey, MD, says this trial has not reached adequacy to support a rapid regulatory approval.

Remdesivir, sold under the brand name Veklury, has been used in around half of hospitalized patients with COVID-19 in the U.S. The drug, which ranges in price from $2,340 to $3,120 for a five-day treatment course, brought in approximately $1.9 billion in sales for Gilead in the fourth quarter of 2020. This was above analyst estimates of around $1.34 billion. Sales of Veklury contributed to a 26% rise in quarterly revenue overall, and the announcement of this rise was swiftly followed by a 2.5% increase in Gilead shares. In contrast, product sales from Gilead have been down 3% to $21.5 billion in 2020 compared with 2019.

Gilead hopes that the inhaled formulation of Veklury could increase its earnings on the drug, especially if the indication is expanded to non-hospitalized patients. The inhaled formulation could be used after patients have been infected but before hospitalization is needed. Currently, inhaled remdesivir is drudging along in a Phase I trial and still needs further testing before it can receive approval or emergency authorization.

The inhaled version of remdesivir is formulated as a drug-device combination. The drug is delivered into the lungs, acting differently than the infused version used in hospital settings. The formulation’s different mode of action poses a different clinical efficacy question to researchers.

Officials at Gilead have suggested that sales of Veklury have offset sales of other drugs, primarily because many patients with HIV, cancer and hepatitis C have been hesitant to expose themselves to COVID-19. Additionally, following generic competitors flooding the market, Gilead’s HIV drugs Truvada and Atripla lost patient exclusivity last year. Despite this loss, sales of Gilead’s HIV drug Biktarvy rose to $6.1 billion in 2020, which was up year-on-year from $4.2 billion. Also, sales of the company’s HIV prevention drug, Descovy, saw an increase in sales to $1.5 billion versus $1.1 billion in 2019.

Just four days ago, Gilead inked a collaborative deal with Gritstone Oncology to develop a new vaccine-based immunotherapy with curative potential for HIV. This would mark the first “cure” for HIV, a disease which is typically managed and controlled with antiviral drug cocktails. The deal will see Gilead paying Gritstone $30 million in upfront cash as well as a $30 million equity investment. Gilead will also manage a Phase I trial for the vaccine.

And last year, Gilead also announced it planned to dive deeper into an oncology focus, following the $21 billion acquisition of Immunomedics, which has developed breast cancer treatment Trodelvy. Gilead is acquiring the company as it was seeking regulatory approval of this therapy, which previously received accelerated approval in April for adult patients with metastatic triple-negative breast cancer who have been treated with two or more prior treatments.