Gilead Moves Deeper into Oncology with $21 Billion Acquisition of Immunomedics 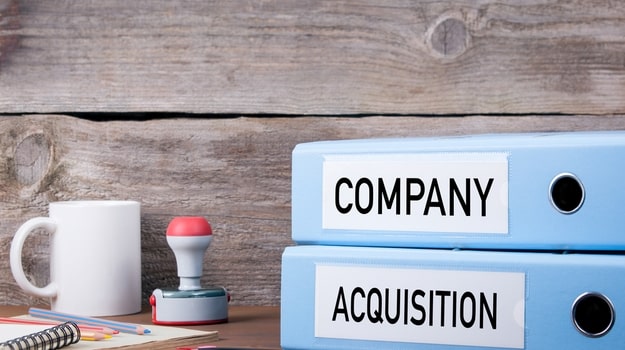 Shares of Immunomedics skyrocketed more than 105% in premarket trading after Gilead Sciences announced it is moving deeper into oncology through the acquisition of the company and its breast cancer treatment, Trodelvy, for $21 billion. Trodelvy is expected to become a cornerstone of Gilead Sciences' oncology business.

The deal, announced Sunday, has been unanimously approved by the boards of directors of both companies. Gilead Sciences will acquire all outstanding shares of common stock at $88 per share in cash. Following the announcement, Immunomedics stock jumped from Friday’s close of $42.25 per share to $86.82 in early trading this morning.

Gilead will acquire Immunomedics as the company seeks regulatory approval of Trodelvy (sacituzumab govitecan-hziy), a first-in-class Trop-2 directed antibody-drug conjugate (ADC) that was granted accelerated approval from the U.S. Food and Drug Administration in April for the treatment of adult patients with metastatic triple-negative breast cancer (mTNBC) who have received at least two prior therapies for metastatic disease. Immunomedics plans to submit a supplemental Biologics License Application (BLA) to support full approval of Trodelvy in the United States in the fourth quarter of 2020. Immunomedics is also on track to file for regulatory approval in Europe in the first half of 2021. That early approval marked the first ADC approved specifically for metastatic TNBC, an aggressive cancer with a poor prognosis and few effective therapies.

In July, the Phase III ASCENT study was halted early based on the unanimous recommendation of the independent Data Safety Monitoring Committee after Trodelvy significantly improved progression-free survival (PFS) and overall survival (OS) in previously treated patients with advanced mTNBC.

“This acquisition represents significant progress in Gilead’s work to build a strong and diverse oncology portfolio. Trodelvy is an approved, transformational medicine for a form of cancer that is particularly challenging to treat. We will now continue to explore its potential to treat many other types of cancer, both as a monotherapy and in combination with other treatments,” Daniel O’Day, chairman and chief executive officer of Gilead Sciences said in a statement.

For Gilead Sciences, the acquisition of the oncology-focused Immunomedics, comes at a time when the company continued to pivot its pipeline away from its vaunted hepatitis treatments and move into oncology. Gilead initially moved into oncology with its acquisition of Kite and that company’s CAR-T program, Yescarta. Earlier this year, Gilead acquired Forty Seven, Inc., a company focused on advancing magrolimab in registration-enabling programs for the treatment of patients with untreated, higher-risk myelodysplastic syndrome (MDS) and heavily-pretreated, relapsed or refractory diffuse large B-cell lymphoma (DLBCL).

Trodelvy is now expected to become the cornerstone of Gilead’s oncology business alongside Yescarta and Forty Seven’s magrolimab, which is being assessed as a treatment for several cancers, including myelodysplastic syndrome (MDS), acute myeloid leukemia (AML) and diffuse large B-cell lymphoma (DLBCL).

Following the close of the deal for Immunomedics, Gilead intends to initiate multiple additional mid- and late-stage studies in the near term to determine which patients will benefit from Trodelvy as both a monotherapy or in combination with other products. Trodelvy is currently being studied in an ongoing Phase III trial in third line HR+/HER2- breast cancer and a registrational Phase II study in bladder cancer.

Behzad Aghazadeh, the executive chairman of Immunomedics, said the acquisition of the company indicates the recognition of the value of Trodelvy in breast cancer and in other indications. Aghazadeh said the company is excited about joining with Gilead to advance Trodelvy as a treatment for cancer patients across the world.

“We look forward to welcoming the talented Immunomedics team to Gilead so we can continue to advance this important new medicine for the benefit of patients with cancer worldwide,” O’Day said in agreement.