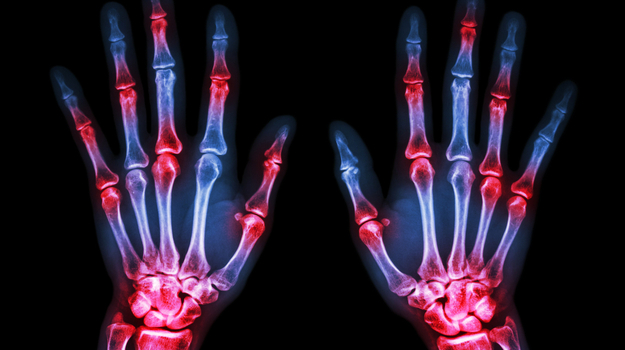 Gilead Sciences said it will file a New Drug Application with the U.S. Food and Drug Administration (FDA) for its rheumatoid arthritis treatment, filgotinib. The company did not provide a timeline for when it may file the NDA.

This morning’s brief announcement comes about three months after Gilead and its developmental partner Galapagos NV announced its Phase III FINCH 3 trial achieved its primary endpoint in the proportion of patients achieving an American College of Rheumatology 20% response (ACR20) at 24 weeks. The companies reported that the proportion of patients who hit that ACR20 mark was significantly higher for filgotinib 200 mg plus methotrexate and filgotinib 100 mg plus methotrexate compared with methotrexate alone. The companies said the proportion of patients hitting ACR50, ACR70 and clinical remission at 24 weeks was also higher for patients taking the filgotinib combination than methotrexate alone. Additionally, the patients who received filgotinib experienced a greater reduction in the Health Assessment Questionnaire Disability Index compared with those receiving MTX alone at Week 24, Gilead said. Filgotinib 200 mg monotherapy inhibited the progression of structural damage at Week 24 compared with MTX alone as assessed by modified total Sharp score, the companies reported in March.

At the time the FINCH 3 results were released, John McHutchison, Gilead’s head of research and development and chief scientific officer, said the data demonstrates improved efficacy when filgotinib is compared with the use of MTX alone in rheumatoid arthritis patients with earlier stages of the disease. McHutchison added that the data adds to the body of evidence from the company’s broader FINCH programs and reinforces the potential for filgotinib to address important therapeutic needs in people with rheumatoid arthritis.

Filgotinib is an investigational, oral, selective JAK1 inhibitor, in adults with moderately-to-severely active rheumatoid arthritis. FINCH 3 evaluated filgotinib in combination with methotrexate and as monotherapy in MTX-naïve patients.

At the same time the FINCH 3 study was announced, Gilead and Galapagos said the Phase III FINCH 1 trial achieved its primary endpoint in the proportion of patients achieving an American College of Rheumatology (ACR) 20 percent response at 24 weeks, the companies said. Filgotinib was being evaluated against adalimumab or placebo during the trial. The medicine was being investigated as a potential treatment for adults with moderately-to-severely active rheumatoid arthritis.

Both the FINCH 1 and FINCH 3 studies showed that filgotinib maintained a consistent safety profile with previous studies.

In its announcement regarding the NDA this morning, Gilead said it also discussed its Phase II MANTA study assessing semen parameters with filgotinib treatment in men with moderately to severely active ulcerative colitis or Crohn’s disease. However, the company did not provide any additional update regarding that trial. It only noted that there is a path forward for potential regulatory review of filgotinib for rheumatoid arthritis.