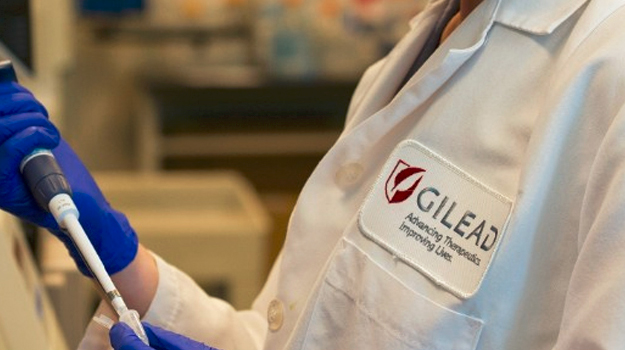 In the Phase III FINCH 1 trial, filgotinib achieved its primary endpoint in the proportion of patients achieving an American College of Rheumatology (ACR) 20 percent response at 24 weeks, the companies said. Filgotinib was being evaluated against adalimumab or placebo during the trial. The medicine was being investigated as a potential treatment for adults with moderately-to-severely active rheumatoid arthritis.

Gilead and Galapagos said the proportion of patients achieving an ACR response of 50 and 70 percent was also significantly greater for both dose levels of filgotinib than placebo at 12 weeks. Patients receiving filgotinib 100 mg or 200 mg had a statistically significant reduction in the Health Assessment Questionnaire Disability Index (HAQ-DI) at 12 weeks compared with those receiving placebo, the companies said.

In the Phase III FINCH 3 trial, filgotinib in combination with methotrexate, was being evaluated as monotherapy in RA patients who are MTX-naïve. Like the FINCH 1 study, the FINCH 3 combination therapy achieved its primary endpoint in the proportion of patients achieving an American College of Rheumatology 20 percent response at 24 weeks. The proportion of patients achieving the primary endpoint of ACR20 response at Week 24 was significantly higher for filgotinib 200 mg plus MTX and filgotinib 100 mg plus MTX compared with MTX alone, the companies said.

Both studies showed that filgotinib maintained a consistent safety profile with previous studies.

“Across the FINCH program, the data continue to support filgotinib’s potential as a JAK1 specific inhibitor that may provide clinically meaningful responses combined with a favorable safety profile in a wide range of people living with rheumatoid arthritis, including those in the early stages of disease and those who have tried standard therapies without success,” McHutchison said in a statement.

Walid Abi-Saab, chief medical officer for Galapagos, noted that rheumatoid arthritis patients, newly diagnosed and those still in the early stages, are looking for effective treatments. Abi-Saab said the data from the FINCH studies underlines the potential of filgotinib as a treatment option across a wide range of patient populations suffering from rheumatoid arthritis.

“We are particularly pleased with the results filgotinib shows on clinically meaningful endpoints such as clinical remission, ACR70 and radiographic progression, as well as with the encouraging safety profile,” Abi-Saab said in a statement.

Detailed results from both the FINCH 1 and 3 trials will be shared at a medical conference, the companies said.

The results of the two positive Phase III trials were especially sweet for Galapagos after AbbVie walked away from a $1.4 billion collaboration for filgotinib in 2015.