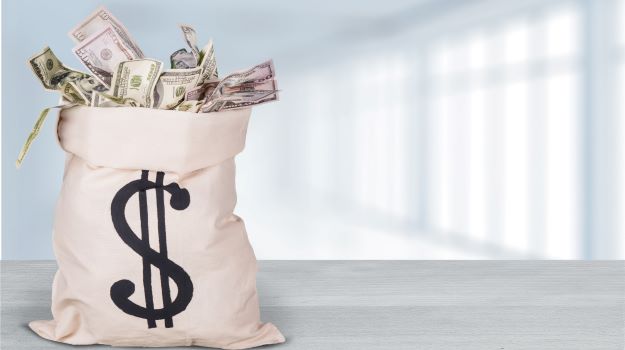 Frontier Medicines launched in 2019 with $67 million in financing and a focus on chemoproteomics, which the company described as a method of interrogating proteins in a living system. This is expected to target new spots on cancer cell proteins the company calls hotspots.

A significant amount of protein surface cannot be targeted by small molecules due to the lack of binding sites. However, the idea of chemoproteomics follows the reasoning that as proteins move within the cells, they created temporary hotspots that new drugs can target. So far, Bar Area-based Frontier Medicines has identified more than 150,000 hotspots on proteins of interest that have the potential to expand the company’s pipeline.

Last year the company partnered with AbbVie to develop small-molecule therapeutics against high-interest protein targets, including the approximately 600 E3 ligases.

“Between the substantial protein degradation partnership with AbbVie announced at the end of last year and this financing round, we have significantly strengthened our resources to deliver on our vision of developing breakthrough medicines for patients,” Chris Varma, chairman, chief executive officer, and co-founder of Frontier Medicines said in a statement.

The addition of the $88.5 million from the Series B round will be used to advance this focus. Frontier’s lead inhibitor is aimed at both activated and inactivated forms if KRASG12C, which has been linked to different cancer types, including non-small cell lung cancer, colorectal carcinoma, and pancreatic ductal adenocarcinoma.

Frank McCormick, a professor at the UCSF Helen Diller Family Comprehensive Cancer Center specializing in KRAS biology and a member of Frontier Medicines Scientific Advisory Board, said the ability to target both the active and inactive states of KRASG12C with a small molecule therapeutic is a “long-awaited scientific breakthrough.” A medication with this dual form of inhibition is likely to be more efficacious than a drug that targets the inactive form of the protein only. McCormick said a dual inhibitor could address the “large majority of patients who are non-responders to first generation single-form KRASG12C inhibitors, as well as those patients whose tumors become resistant to the first-generation molecules.”

In addition to the continued development of its pipeline, Frontier Medicines will use some of the Series B funds to expand into the Boston market. The company will open what it called a “state-of-the-art facility” focused on research and development and discovery, pre-clinical development, translational medicine, and early clinical development.

The Bay State facility will be integrated with Frontier’s Bay Area headquarters. In its announcement, Frontier Medicines did not provide information on how many people will be working out of its planned Boston site.

Frontier Medicines also formed a Scientific Advisory Board to help guide its research. The board includes Joan S. Brugge, director of the Harvard Ludwig Cancer Center; Giulo Draetta, the chief scientific officer at the University of Texas MD Anderson Cancer Center; Steven Gygi, a professor of Cell Biology at Harvard Medical School; William C. Hahn, the William Rosenberg Professor of Medicine and chief operating officer of Dana-Farber Cancer Institute; Kevin Koch, the former CSO of Array BioPharma and a venture partner with OrbiMed; Frank McCormick, a professor at the UCSF Helen Diller Family Comprehensive Cancer Center and an expert in KRAS biology; Daniel K. Nomura, co-founder of Frontier Medicines and leading expert in chemoproteomics; and Roberto Zoncu, a co-founder of Frontier Medicines and an expert in cancer biology, small GTPase signaling, and autophagy.