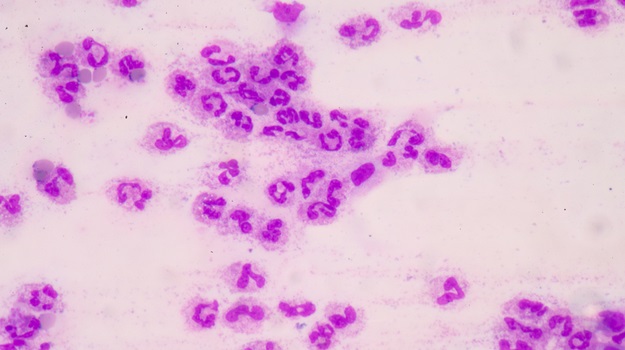 On May 29, the U.S. Food and Drug Administration (FDA) cleared Lexington, Massachusetts-based T2 Biosystems’ T2Bacteria Panel for diagnosis of sepsis. In that sepsis is the third-leading cause of death in the U.S., this emphasizes the importance of work in this area.

Sepsis is a life-threatening complication of an infection. It occurs when chemicals that are released into the bloodstream to fight infection cause inflammatory responses throughout the body. The inflammation can also lead to multiple organ damage.

The T2Bacteria Panel is designed for the direct detection of bacterial species in human whole blood specimens. The panel gives detection of specific sepsis-causing bacteria directly from a whole blood specimen in about five hours, which is more than two-and-a-half days quicker than blood culture-dependent tests routinely performed in clinical diagnostic laboratories.

W. Frank Peacock, professor and associate chair, Baylor College of Medicine, said in a statement, “The T2Bacteria Panel’s rapid results and high sensitivity make it a valuable tool for the diagnosis and management of suspected bloodstream infections. This is an important breakthrough as bacterial infections are a major cause of poor patient outcomes and high hospital costs. This is a game-changer.”

The test, as well as the T2Candida Panel, operates on the company’s FDA-cleared T2Dx Instrument. The T2Bacteria tests for the five most common and deadly bacteria that cause sepsis, Enterococcus faecium, Escherichia coli, Klebsiella pneumoniae, Pseudomonas aeruginosa, and Staphylococcus aureus.

Bacterial and fungal bloodstream infections are the primary causes of sepsis, affecting about 1.6 million patients in the U.S. each year, resulting in more than 250,000 deaths. As the company states, “studies have shown that the mortality rate for bloodstream infections can be reduced significantly with appropriate targeted therapy within 12 hours.”

A recent STAT article notes that there is often a delay in diagnosis of sepsis and that hospitals for years have been attempting to implement procedures for quicker diagnosis and intervention. James Weinstein, chief executive officer of Dartmouth-Hitchcock Medical Center in New Hampshire, implemented a hospital-wide effort to cut fatality rates from sepsis starting in 2014. “Over half who were diagnosed never went home,” he told STAT. “That’s an awesome, scary thing.”

At Dartmouth-Hitchcock, physicians immediately treated patients diagnosed with sepsis with antibiotics and fluids and the death rates dropped immediately. Weinstein indicates that they have remained steady at approximately 12 to 15 percent since.

Geisinger Health System in Pennsylvania has also made operational changes that get sepsis patients treated as soon as possible after diagnosis. At one point, it would take an hour or longer, but under its “sepsis alert” program, once triggered, an automatic page is sent to a phlebotomist to draw blood for a test and a call to the pharmacy to have antibiotics to the patient in less than 15 minutes.

Geisinger, which is a system of 11 hospitals, also started a program in June to evaluate more than 100 variables in patients’ electronic health records to see if they can predict patients more vulnerable to sepsis.

Karin Molander, a board member of the advocacy group, Sepsis Alliance, told STAT that diagnosis can be tricky. Many of the symptoms are generic, such as fatigue, feeling unwell, and fever. She notes that it’s a combination of symptoms that tend to lead to the diagnosis of sepsis—fever, disorientation or confusion, and parts of the body being red and warm to the touch. But she also notes that if a paramedic gives a hospital a sepsis alert, patient mortality rate drops from 27 to 13 percent.

T2Systems’ test panel will help with early diagnosis, if hospital laboratories adopt it. Meanwhile, there is an ongoing need and investment in new antibacterial agents for infections and sepsis. In late-November 2018, Bristol-Myers Squibb awarded “Golden Ticket’s for LabCentral, a shared lab workspace in Kendall Square, Cambridge, to two biotech startups, Neutrolis and Remora Therapeutics. Neutrolis is focused on developing potential drugs for inflammatory diseases that have uncontrolled neutrophilic inflammation, such as lupus and sepsis. (Remora focuses on platelet-based cell therapies).

On May 1, the U.S. Food and Drug Administration (FDA) granted SCYNEXIS' oral formulation of SCY-078 to treat vulvovaginal candidiasis (VVC) and recurrent VVC both Qualified Infectious Diseases Product (QIDP) and Fast Track Designation. This an example of how the federal government in recent years has been working on incentives to promote the development and approval of anti-infectives, whether fungicides, antibiotics or antivirals. One of those is the Generating Antibiotics Incentives Now (GAIN) Act.

The GAIN Act was placed into law in 2012, although now it is being reevaluated. A February report to Congress on the efforts noted, “While improvements to existing drugs may provide some benefit to patients, the development of innovative, novel drugs is essential to addressing the antimicrobial resistance crisis and ensuring that safe and effective options are available to treat current and future patients.”

GAIN primarily increased the minimum generic-free market exclusivity period from around five to years to 10 to 12 years. It has been pointed out that most new antibiotics already have about that much time left with their patents. Nonetheless, Scynexi’s designation and other relatively recent news suggest that there is a modestly steady rate of approvals of new anti-infectives.