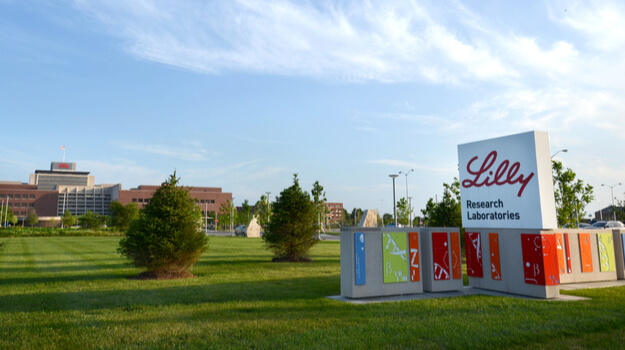 Eli Lilly is developing sintilimab with Innovent Biologics, based in Suzhou, China.

The decision isn’t much of a surprise. In February, the FDA’s Oncologic Drugs Advisory Committee voted against the BLA, specifically against using single-country foreign data to support it. The Phase III ORIENT-11 clinical trial was conducted only in China, and the ODAC did not believe it could be applied to the U.S. population. The adcom voted 14-1 to require Innovent to run a new trial in the U.S., demonstrating the drug’s efficacy. Part of the rationale was that “regulatory flexibility” wasn’t necessary because the drug didn’t fill an unmet need.

At the time of the advisory committee vote, Ibiayi Dagogo-Jack, M.D., a thoracic oncologist at Massachusetts General Hospital and an assistant professor of medicine at Harvard Medical School, said during the hearing, “While it is not inconceivable that data would, in the end, apply to the United States or Western populations and generate the same outcomes as we’ve seen with other studies in this space, I think we don’t have the data at hand. The data that were presented to us don’t directly draw the conclusion that this is generalizable.”

In keeping with the advisory committee vote, the CRL recommended an additional clinical trial, specifically one that was “multiregional” to compare standard of care for first-line metastatic NSCLC to sintilimab with chemotherapy leveraging a non-inferiority design with an overall survival endpoint. Lilly and Innovent are evaluating their next steps.

Innovent is currently running more than 20 trials of the drug in various cancer indications, including more than 10 registrational or pivotal studies. It is also under review in China in combination with cisplatin plus paclitaxel or cisplatin plus 5-fluorouracil for first-line treatment of esophageal squamous cell carcinoma; in combination with chemotherapy for first-line treatment of unresectable, locally advanced, recurrent or metastatic gastric or gastroesophageal junction adenocarcinoma; and in combination with Byvasda and chemotherapy (pemetrexed and cisplatin) for EGFR-mutated nonsquamous NSCLC after EGFR-TKI treatment.

In Aug. 2020, Lilly and Innovent expanded their strategic alliance for sinitilimab. The original deal was launched in 2019 when the two companies began commercializing the drug in China for r/r classic Hodgkin’s lymphoma as a third-line treatment. Tyvyt is the only anti-PD-1 antibody included in China’s National Reimbursement Drug List (NRDL) and in the 2019 Guidelines of the Chinese Society of Clinical Oncology for Lymphoid Malignancies.

Under the expanded license deal, Lilly picked up an exclusive license for the drug for areas outside China, including the U.S. It paid Innovent $200 million upfront, with Innovent eligible for up to $825 million in various milestones in the U.S. and other markets and tiered double-digit royalties on net sales. Both companies hold the right to study the drug in combination with other drugs as part of their own clinical programs.