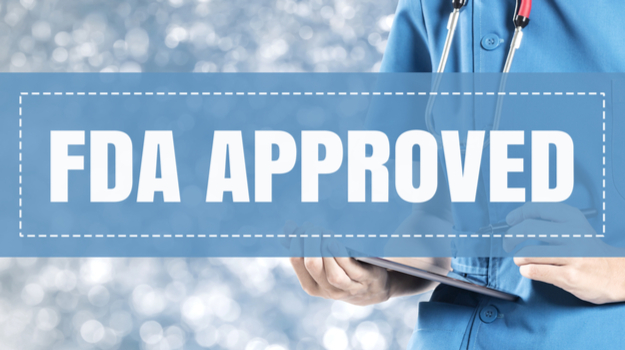 The approval was based on interim analysis from the company’s Phase III IMpower110 trial. It demonstrated that Tecentriq alone improved overall survival (OS) by 7.1 months compared to chemotherapy in patients with high PD-L1 levels. The safety signals were consistent to what was otherwise known about use of the drug, with no new safety signals. About 12.9% of patients receiving the drug showed Grade 3-4 treatment-related adverse events (AE) compared to 44.1% of patients receiving chemotherapy.

Median overall survival was 20.2 months in the Tecentriq arm compared to 13.1 months in the chemotherapy cohort. There was no statistically significant difference in OS for two other PD-L1 subgroups at the interim or final analyses. The treatment was effective in patients with high PD-L1 expression greater than 50% of tumor cells or in PD-L1 stained tumor-infiltrating immune cells covering 10% or greater of the tumor area, with no EGFR or ALK genomic tumor aberrations.

Tecentriq has received four approvals for NSCLC in the U.S., including as a monotherapy and in combination with targeted therapies or chemotherapies. It was given the thumbs-up in combination with carboplatin and etoposide (chemotherapy) for first-line treatment in adults with extensive-stage small cell lung cancer.

The IMpower110 Phase III trial enrolled 572 patients, with 554 in the intention-to-treat WT population, which excluded patients with EGFR or ALK genomic mutations. They received either Tecentriq alone until disease progression, unacceptable toxicity or death, or cisplatin or carboplatin combined with either pemetrexed or gemcitabine, which was followed by maintenance therapy with pemetrexed alone or best supportive care until disease progression, unacceptable toxicity or death.

The primary efficacy endpoint was overall survival by PD-L1 subgroup, which was evaluated by the SP142 assay. The Ventana PD-L1 (SP142) Assay by Ventana Medical Systems was approved at the same time. Key secondary endpoints were investigator-assessed progression-free survival (PFS), objective response rate (ORR) and duration of response (DoR).

“We are pleased to offer people with certain types of lung cancer a new chemotherapy-free option that can help prolong their lives and be administered on a flexible dosing schedule, including an option for once-a-month Tecentriq infusions,” said Levi Garraway, Genentech’s chief medical officer and head of Global Product Development. “Today marks the fifth approval of Tecentriq in lung cancer, as we remain committed to providing an effective and tailored treatment option for every person diagnosed with this disease.”

PD-L1, or Programmed Death-Ligand 1, is a protein found on some cancer cells that suppress the human immune system, allowing tumors to “hide.” By using checkpoint inhibitors to block the protein, the immune system is better able to identify and attack the cancer.

The American Cancer Society indicates that more than 228,000 people will be diagnosed in the U.S. with lung cancer this year, with NSCLC making up 80 to 85% of all lung cancers.