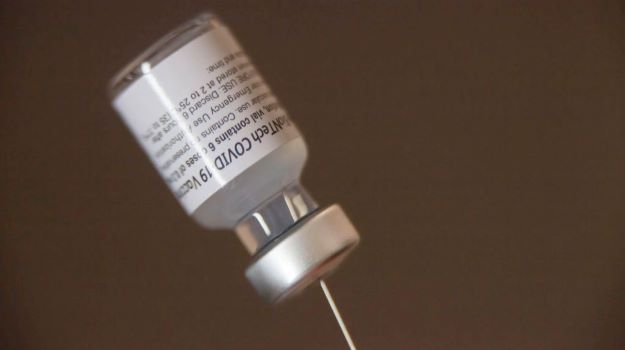 The U.S. Food and Drug Administration (FDA) has granted the Pfizer-BioNTech COVID-19 vaccine full approval. Up to this point it was being distributed under an Emergency Use Authorization (EUA). Many expect the full approval will lead to vaccine mandates, as that was one of the obstacles to it for many organizations.

“The vaccine has been known as the Pfizer-BioNTech COVID-19 vaccine, and will now be marketed as Comirnaty, for the prevention of COVID-19 disease in individuals 16 years of age and older,” the FDA stated. “The vaccine also continues to be available under emergency use authorization, including for individuals 12 through 15 years of age and for the administration of a third dose in certain immunocompromised individuals.”

In the U.S., more than 170 million people have been fully vaccinated against COVID-19, and more than 92 million of them received the Pfizer-BioNTech vaccine, the first to be granted EUA in the U.S. in December 2020. EUA for the Moderna vaccine followed shortly afterwards, and then the Johnson & Johnson one-shot vaccine was granted EUA in February 2021.

“For business and universities that have been thinking about putting vaccine requirements in place in order to create safer spaces for people to work and learn, I think that this move from the FDA, when it comes, will actually help them to move forward with those kinds of plans,” U.S. Surgeon General Vivek Murthy said yesterday on CNN’s State of the Union.

EUA is granted to medical products for use during an emergency, and once that emergency is over, according to the FDA, “then any EUA(s) issued based on that declaration will no longer remain in effect.” The state of emergency was declared by former Health and Human Services Secretary Alex Azar on January 31, 2020, and has been renewed several times, most recently in late July.

Moderna has started its application for full approval. J&J has yet to file for full FDA approval.

A Kaiser Family Foundation poll conducted in June found that 31% of unvaccinated people claimed they would be more likely to get a COVID-19 vaccine once one receives full FDA approval.

Acting FDA Commissioner Janet Woodcock stated, “While millions of people have already safely received COVID-19 vaccines, we recognize that for some, the FDA approval of a vaccine may now instill additional confidence to get vaccinated. Today’s milestone puts us one step closer to altering the course of this pandemic in the U.S.”

Paul Offit, a voting member of the FDA’s Vaccines and Related Biological Products Advisory Committee, noted that full approval is “more psychological than anything else. I mean you already have more than 320 million doses administered that are out there. The vaccines already have an enormous safety and efficacy profile.”

Some major corporations, such as Walt Disney and Walmart, have already mandated that some or all of their staff must get fully vaccinated this fall. Others have expressed hesitation in their ability to mandate a vaccine that is not fully approved, which would no longer be a stumbling block. The Pentagon has said it would make vaccines mandatory for service members “no later” than the middle of September, but that they would mandate it earlier if the FDA granted full approval.

Anthony Fauci, White House chief medical officer and director of the National Institute of Allergy and Infectious Diseases, said on August 8, “You’re going to see the empowerment of local enterprises, giving mandates that could be colleges, universities, places of business, a whole variety and I strongly support that. The time has come. … We’ve got to go the extra step to get people vaccinated.”

Offit pointed out that the full Biologic License Application (BLA) requires at least six months of data, whereas the EUA allowed just two months. He noted that when Merck submitted data on its 70,000-person rotavirus vaccine trial, the pages would have exceeded the height of the Sears Tower, which is now known as the Willis Tower in Chicago, and is 1,450-feet-tall.

“The FDA will do what it thinks it needs to do to make sure that the American public is safe,” Offit said.