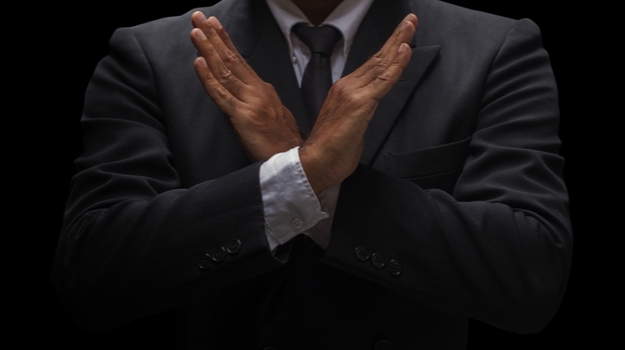 The U.S. Food and Drug Administration (FDA)’s Anesthetic and Analgesic Drug Products Advisory Committee and the Drug Safety and Risk Management Advisory Committee met yesterday to discuss Nektar Therapeutics’ NKTR-181, an opioid painkiller to treat lower back pain. In a painful blow to the San Francisco-based company, the committees voted unanimously, 27 to 0, not to recommend approval.

The agency is not bound to the recommendations of the adcoms, but it often does, particularly in such a unanimous fashion.

Nektar shares plunged 14.5% after hours at the news.

NKTR-181 (loxicodegol) is a novel mu-opioid agonist designed to have a slow rate of entry into the brain. It’s this metabolic strategy that Nektar was emphasizing, arguing that it would decrease the potential of abuse and any central nervous system side effects.

But the adcom wasn’t having any it, expressing concerns over the potential for abuse or misuse.

Rather than continue with the program, Nektar stated that it had decided to withdraw the New Drug Application (NDA) and end any investment into it.

“The Company is disappointed in the Committees’ vote regarding oxycodegol and believes it is also disappointing for patients suffering from chronic pain and the physicians that treat those patients who are currently relying on existing opioid therapies,” the company stated. “The Company created oxycodegol specifically to both help these patients and physicians and address the opioid abuse epidemic. For the development of oxycodegol, the Company used well-established efficacy, safety and human abuse potential study designs that have led to many prior FDA approvals of opioid medications. The development program for oxycodegol included over 2,000 patients and volunteers.”

Nektar estimates that by abandoning the program, it will save between $75 million and $125 million this year.

One of the panel members, Lee Hoffer from Case Western Reserve University in Cleveland, Ohio, said, “Just too much (data) was missing… I couldn’t say the benefits outweighed the risks,” reported Reuters.

The FDA’s internal review did not believe the drug design would prevent abuse from physical manipulation. It also noted that the drug’s abuse profile was much like that of oxycodone. Another factor was the company had been asked to conduct two pivotal trials. They only did one, and the adcom panelists indicated the data was insufficient.

Also, they will initiate a Phase I/II dose escalation and expansion study to evaluate bempeg plus Opdivo in combination with axitinib in first-line RCC to support a future registrational trial. The companies will share costs based on the original agreement. However, as part of the new agreement, Bristol-Myers Squibb will separately run and fund a Phase I/II dose optimization and expansion trial in first-line non-small-cell lung cancer with bempeg and Opdivo.