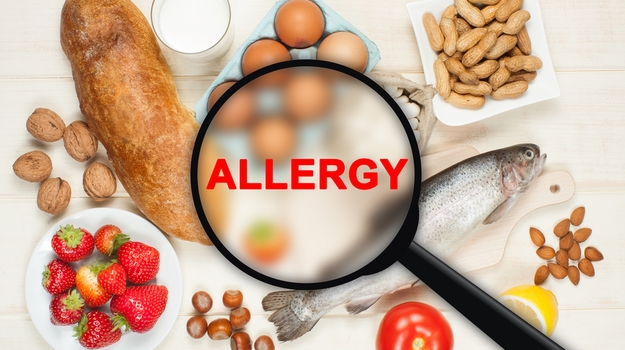 Food allergies are fairly common, but for millions of people they are life-threatening. While there are treatments in development for allergies to nuts, milk and others, Johnson & Johnson is launching a program focused on identifying novel food allergy biomarkers.

On Tuesday, Janssen, J&J’s pharma division, received a $250,000 grant from Food Allergy Research & Education (FARE) to help discover and validate those biomarkers in order to boost research into food allergies and potentially develop therapies for them. Johnson & Johnson matched that grant with another $250,000. In a statement to BioSpace, FARE said the biomarker research project, which will be conducted at Janssen’s World Without Disease Accelerator, “has the potential to make a real and significant impact for the 32 million Americans living with food allergies.”

Currently, there are limited treatment options for most people with food allergies. They, and their loved ones, must typically be on guard about what foods are around them and, many walk around with epinephrine auto-injectors and antihistamines in case of accidental exposure, which can lead to anaphylactic shock or, in the worst cases, death. According to recent FARE-supported research, medical claims with diagnoses of life-threatening anaphylactic food reactions rose nearly 400% nationwide between 2007 and 2016. Peanut allergy is the most common food allergy in children and that number has been rising. From 2010 to 2017 the number has increased 21 and almost 2.5% of children in the U.S. are thought to have a peanut allergy, according to the American College of Allergy, Asthma, and Immunology.

Those rising numbers are what makes the biomarker research so critical. It has the potential to change the lives of those millions of Americans, FARE said. Childhood-onset food allergy, a complex disease involving multiple body systems, still requires much more research to fully understand its root causes. Such research will accelerate innovation in food allergy treatment, whether by prevention to stop disease onset, interception to arrest disease development, or with a cure to eliminate food allergy completely and restore health, the organization added. FARE said it will launch a formal request for applications to the Biomarker Research Grant in early 2020.

Janssen’s World Without a Disease Accelerator is an R&D organization that is focused on building collaborative teams to study diseases and point toward an interception of disease, meaning they want to discover ways to arrest the disease before it leads to illness. The research can also lead to better treatment options or a potential cure. The accelerator is focused on areas that include microbiome, immunosciences, predictive analytics and behavioral science.

Lisa Gable, chief executive officer of Virginia-based FARE, said the $500,000 grant to J&J supports the organization’s goal of gaining a better understanding of food allergies. Also though, the grant can help lead to the development of promising new treatments and, hopefully, a potential cure, she said.

“We are proud to work with Janssen on this initiative and look forward to our collaborative effort working towards changing the face of food allergy research,” Gable said in a statement.