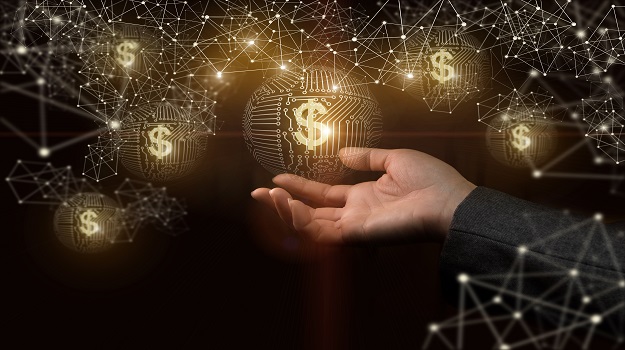 It’s been a big year so far for activity in the U.S. biopharma market—record IPOs and plenty of big acquisitions. But things may be heating up in Europe as well. Forbion, a European life science venture capital firm with offices in The Netherlands and Germany, announced the first close of its fourth fund, Forbion IV, at 270 million euros, or $316 million (U.S.).

The original goal was 270 million euros. Like Forbion III, Forbion IV will focus mostly on the European Union and the UK, with about 80 percent investing there and the remaining 20 percent in North America. The firm notes that due to the success of Forbion III, the newest fund will focus even more tightly on biotechnology. “Forbion will also look to build on its proven ability to curate, initiate and transform investment ideas into standalone, high-return businesses, built around exciting new science, proven teams or assets sourced externally from pharma,” the company stated. “It will thus build a portfolio of approximately 15 companies, of which 10 will be existing ‘growth’ opportunities and five will be new companies (co-)founded by Forbion, so-called ‘built’ opportunities.”

Sander Slootweg, managing partner of Forbion, said in a statement, “The success of our first close not only reflects Forbion’s consistent delivery of upper quartile returns but also its clear vision and proprietary methodology for identifying new prospects. We continue to see the opportunities for superior returns, in part due to the ongoing undersupply of capital for European development-stage life sciences investment and its non-cyclical nature.”

Previous Forbion investments include Prexton Therapeutics, which was acquired by Lundbeck for $1.1 billion, Arkana, which was bought by Allergan with $50 million upfront, Rigontec, bought by Merck for $554 million, and Replimune, which recently raised $100 million with its initial public offering (IPO).

It’s often noted how robust U.S. venture capital investment in biotech is compared to other parts of the world. It was only yesterday that the UK’s Wellcome Trust, a charitable foundation, announced it is creating the $330 million Leap Fund to invest in high-risk healthcare and life science research.

The idea is to assist in accelerating the commercialization of research coming out of universities and companies. The fund will launch in 2020, operate for an initial five years, and be comprised of about five percent of Wellcome’s charitable investments during that period. It expects to hire a chief executive in the new couple months.

Another example, Switzerland has a dominant and enormous private banking industry, but it generally doesn’t invest in Series A and B funding. Culturally, those funds tend to go into collective saving structures instead of direct investments, although more Swiss investors appear to be expanding into investment funding. And initial public offerings are uncommon in Switzerland.

In May 2017, Vesalius Biocapital, a life sciences venture capital investor based in Bertrange, Luxembourg, announced the first close of its third fund, Vesalius Biocapital III. As of May 15, the fund had secured 65 million euros, or about $72 million (US). Its plans were to invest in later-stage European life sciences companies ranging across drug development, medical technology, diagnostics and digital health.

In its tenth year, Vesalius Biocapital has raised over 150 million euros for its first two funds. It has led or co-led over 20 investments with many successful trade sales or IPOs. Recent exits include Ogeda, which was bought by Astellas for 800 million euros, Activaero, bought by Vectura for 130 million euros, GenKyoTex, a reverse merger on Euronext, and Fovea, which was acquired by Sanofi for 370 million euros.

Around the same time, Guido Guidi, formerly head of Pharma Region Europe with Novartis, was attempting to raise 50 million euros for a life science fund, AuroA-TT. This was unusual in Italy compared to the rest of Europe and North America.

Both Vesalius Biocapital and AurorA-TT are indications that the venture capital community in Europe is growing. It’s traditionally been smaller than U.S. venture capitalists, but Vesalius as well as Paris-based Sofinnova, have been working on ties with U.S. investors. Vesalius, for example, opened an office in Boston to improve participation in U.S.-based investor syndicates.

And also in mid-2017, European investment fund Medicxi announced that it had closed Medicxi Growth 1 (MG1), a new fund worth $300 million that will focus on life science companies in Europe and the U.S. What has been the equivalent of sprinkling magic fairy dust on the fund is its investors—Novartis, Google/Alphabet’s life science company Verily, and the European Investment Fund (EIF). It also includes the majority of institutional LPs that previously backed Medicxi’s first fund in addition to several new investors.

At the time, The New York Times noted, “Europe boasts world-class universities and scientists, but its biotechnology sector has long been a poor relation to the bigger U.S. industry, where emerging life sciences firms are able to access a much deeper pool of capital. By providing funds for late-stage drug development, the hope is that more firms will be able to stay independent and continue to build up the value of their experimental medicines, rather than selling out prematurely to larger players.”

And Forbion’s new fund seems to support that.