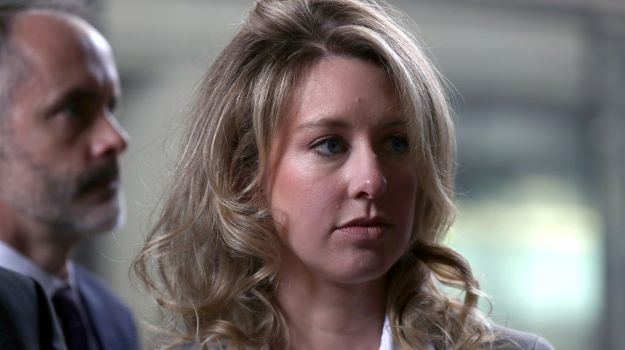 Elizabeth Holmes is facing decades in prison after a jury found her guilty of four fraud charges. The founder and former chief executive officer of blood-testing company Theranos, Holmes has been found guilty of bilking hundreds of millions of dollars from investors to prop up her company and its failed technology.

The jury deliberated over the holiday season and finally concluded after a deadlock. While Holmes was found guilty of four charges, the jury concluded that she was not guilty on four other charges that were connected to allegations of patient fraud related to false tests results that had been sent to them. In 2016, Theranos invalidated results from thousands of tests it had conducted through its partnership with Walgreens, prompting several lawsuits from patients who used the false results to schedule medical procedures.

There were three other charges of investor fraud that the jury remained deadlocked on. According to NPR, Edward Davila, the U.S. district judge for the Northern District of California in San Jose who has presided over the case, is expected to declare a mistrial on those charges. If that does occur, the prosecution could seek to retry Holmes on those counts, but according to an NPR report, as of this time, the intentions of the government legal team are unclear.

Seven years ago, Holmes graced magazine covers as one of the richest women in the United States. Her company, which she founded at the age of 19 after dropping out of Stanford University, gained a valuation of approximately $9 billion. However, in 2015, her lofty position began to crumble after whistleblowers shared tales of rampant failures of the company’s blood-testing technology, which promised significant amounts of health data from a single drop of blood.

Holmes has been on trial for four months as the prosecution laid out its allegations against the biotech entrepreneur. The first two months of the trial included testimony from investors and Theranos whistleblowers who testified about data manipulation at the company. Whistleblower Erika Cheung, a former Theranos lab worker, testified that the company manipulated data to pass quality control. While on the stand, she testified that Theranos employees would delete up to two of six data points in a test to achieve a desired result. Another whistleblower, Tyler Shultz, raised concerns about the failures of the company’s blood-testing device.

Both Cheung and Schultz first raised concerns about the issues with the technology internally before going to the media. In her testimony, Holmes admitted that she mishandled her staff.

Theranos also used logos from two pharmaceutical companies to mislead investors into thinking the California biotech was collaborating with them. Theranos included logos from Pfizer and Schering-Plough (now part of Merck) in reports it sent to investors, which would make it appear as if those companies had validated the Theranos technology.

In her testimony on the stand, Holmes admitted to mistakes made while at the helm of the company, saying that, as CEO of Theranos, she should have been more aware of what was going on and that the responsibility for all activities at the company was hers and hers alone.

Throughout her defense, Holmes cast blame for the company’s troubles on her former partner and lover, Ramesh “Sunny” Balwani, as well as subordinates who she claimed misled her. Revelations about her toxic relationship with Balwani included claims that she was sexually, emotionally and mentally abused by Balwani, who is 20 years her senior. During the days she was on the stand, Holmes testified that Balwani coached and controlled her throughout their relationship. She also testified that Balwani would force her to engage in sexual activities after arguments to prove his love.

Both Holmes and Balwani have been charged with multiple counts of fraud. Balwani’s trial is expected to begin next year.