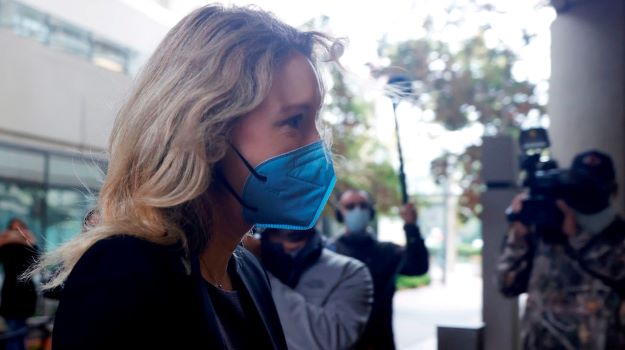 After months of ongoing testimony from various whistleblowers and investors, Elizabeth Holmes, the founder and chief executive officer of the blood-testing company Theranos has finally taken the witness stand in her fraud trial.

After more than two months of testimony from investors and Theranos whistleblowers who testified about data manipulation, Holmes briefly took the stand on Friday, outlining the origins of the company, and then again on Monday, when she talked about working with the pharmaceutical industry during the company’s early days, specifically Pfizer and Schering-Plough. According to CNN, Holmes testified that the Theranos technology, which she intended to be a disrupting technology for diagnostics, had been “examined, used, and validated” by several pharmaceutical companies.

In earlier testimony, witnesses for the government from the two aforementioned companies testified that there was an early exploration of a potential partnership between the two companies and Theranos. However, neither company moved forward. The witnesses for the prosecution also testified that Holmes and Theranos inappropriately included the corporate logos of Pfizer and Schering-Plough on marketing materials issued by the company to make it appear as if the pharma companies had validated the Theranos data.

According to CNN, Holmes never addressed the allegations the company representatives, Schering-Plough’s Constance Cullen and former Pfizer scientist Shane Weber made during their earlier testimony regarding the inappropriate use of their corporate logos in order to secure high-value contracts or investments in an allegedly fraudulent manner. The Wall Street Journal reported that while her defense attorneys never directly addressed fraudulent use claims, they did show continued email exchanges between the companies that indicated the relationship between Theranos and the other companies remained fine.

Additionally, Holmes testified that, in its early years, Theranos had multiple partnerships across the pharmaceutical industry with companies like Merck (which eventually acquired Schering-Plough), Novartis, AstraZeneca, and the Mayo Clinic. Citing a 2009 Theranos slide dubbed “completed successes,” Holmes testified to the positive results from those partnerships. She testified that the companies compared Theranos’ blood-testing technology to traditional testing methods and appeared satisfied with the results. During her testimony, she added that Merck was interested in including the Theranos technology in a clinical program, but that never manifested.

Holmes also testified about the company’s attempted relationship with the U.S. Department of Defense. Before the company’s wheels came off, Theranos tried to partner with the DoD based on studies conducted with its technology. One study was associated with the potential use of biomarkers in the blood to predict post-traumatic stress disorder. Another was associated with diabetes management, and a third study was related to infections in trauma patients. According to CNN, Theranos attempted to use these studies to partner with the DoD’s Telemedicine and Advanced Technology Research Center but was unsuccessful. Despite the failure to secure a partnership, the government has alleged that Holmes and her team played up the association with the DoD to entice investors, such as the Devos family, which invested $100 million into Theranos.

Holmes attempted to play up the successes of her company’s blood-testing technology during the few hours she was on the witness stand. Part of the defense team’s arguments has been that issues in the company labs were due to incompetent lab management and not malicious or devious intent from Holmes. As The Wall Street Journal reported, defense attorney Kevin Downey informed jurors of the positive reports from the labs Holmes received about the development of the technology.

“I took away that we were hitting the design goals for this system and the system was performing in a way that was excellent in clinical sites,” Holmes testified in response to reviewing a 2008 presentation given to her by a Theranos scientist.