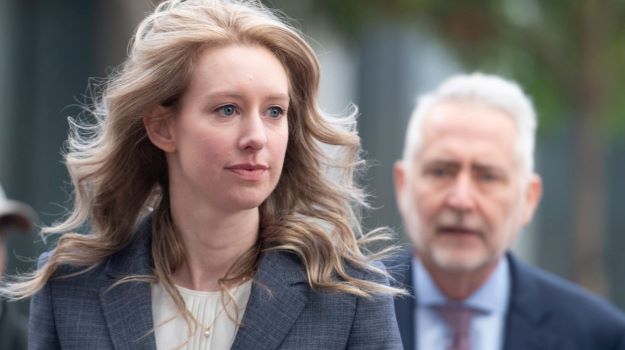 A Theranos investor from Texas asked so many probing questions about its technology and data that Elizabeth Holmes offered to buy out the man’s stake in the company for five times its value.

This week, Houston-based money manager Alan Eisenman testified in the ongoing Elizabeth Holmes fraud trial that he sought “straight answers” about the company’s work for several years. According to the Dallas Morning News, Eisenman, a financial planner, had a $1.2 million stake in the company. He is the latest witness to testify in the criminal trial that Holmes did not give straight answers about the company’s technology to investors or potential partners.

Earlier this month, immunology expert Constance Cullen testified that when she met with Holmes while a member of the Schering-Plough team, the Theranos CEO did not give straight answers. Cullen described Holmes as “cagey.” A former Pfizer scientist also testified that when he met with Holmes regarding a potential partnership between the companies, she provided him with “evasive non-informative answers” to his questions.

During his testimony this week, Eisenman said when he first invested in the start-up in 2006, Holmes made big promises about potential investors and expected capabilities of the blood-testing technology. Those big promises have been shown to be a pattern from Holmes as she sought cash flow from investors. Eisenman testified that Holmes hinted that Oracle Corp. co-founder Larry Ellison intended to invest $20 million into her company. She also said the company was eyeing strong revenue streams in the hundreds of millions of dollars and a potential initial public offering as early as 2008.

Those pie-in-the-sky promises she gave to Eisenman were similar to predictions she made to the wealthy Devos family when it intended to invest in Theranos. Three weeks ago, a representative for the family that co-founded Amway testified that when Holmes was wooing the family, they were provided revenue projections predicting a $230 million profit in 2015 on $990 million in revenue. Based on Holmes’ sales pitch, the Devos family invested $100 million into Theranos.

In the early days of Theranos, Eisenman said that Holmes was responsive to his questions, but as time went on, she became more and more annoyed with his probes that she offered to buy out his stake at five times its value.

“We don’t do quarterly calls with our other investors, many of whom invested much greater amounts than you did,” Holmes wrote to Eisenman in a 2010 email, according to the Dallas Morning News report. “We recognize you have been an investor for some time, and if we proceed with the transaction we are proposing we can provide you with a 5x return on your investment in Theranos.”

After that, Eisenman testified that he attempted to find out information from other stakeholders, but apparently, that upset Holmes even more. Even though he was disappointed about the lack of information coming from Holmes, Eisenman said he considered upping his investment into the company in 2013. That was, of course, warmly greeted by Theranos management.

However, just a few years later, when the Theranos house of cards began to crumble, Eisenman said he reached out to leadership again, particularly over the disturbing reports regarding the company’s partnership with Walgreens and questions over the failures of the blood-testing technology. Those questions were met with hostility from management and a notice that future emails sent by Eisenman would be addressed to the company’s legal team.

CNBC reported that after more than two months of testimony from investors and Theranos whistleblowers who testified about data manipulation, the prosecution is expected to rest in the ongoing fraud trial sometime next week.