Prosecution Hones in on Holmes' Responsibility as CEO 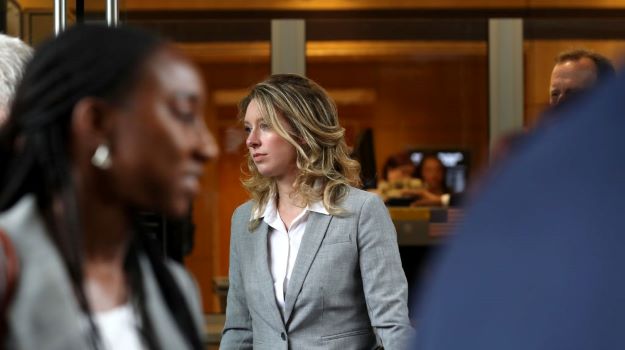 A day after Elizabeth Holmes testified about her toxic relationship with Ramesh “Sunny” Balwani, who served as president and chief operating officer of Theranos, the prosecution dug deeper into that relationship and how it led to the defrauding of company investors.

In open court, the prosecution examined hundreds of text messages sent between Holmes and Balwani, honing in on the romantic exchange between the two. According to an NPR report, after having Holmes read the text messages out loud in court, Assistant U.S. Attorney Robert Leach asked Holmes if she was aware that the word love in a romantic concept is used in the messages more than 594 times.

While the relationship between Holmes and Balwani may not have been healthy, the prosecution argued that as an adult woman and the chief executive officer of a company, the responsibility for all activities at Theranos was hers and hers alone. And, surprisingly, that appeared to be something that Holmes agreed with on the stand.

“Ultimately, all roads lead to the CEO?” Leach asked Holmes, according to NPR. She agreed.

Then, Leach asked if the “buck” stopped with the CEO? Holmes responded, “I thought so.” Additionally, Holmes agreed that, as CEO of the company, she could have fired Balwani at any time. That was something she also acknowledged was within her power.

The prosecution’s tactics were intended to show the jury that Holmes was more than just a patsy to misinformation supplied to her, as she attempted to show in her previous testimony. If she did not orchestrate the willful sharing of false information to investors, she was undoubtedly an accomplice to the fact. That argument is essential in a fraud case as the intent to defraud must be clear to a jury.

In addition to diving deeper into her relationship with Balwani, the prosecution also spent its day questioning Holmes on Theranos documents that contained the corporate logos of Pfizer and Schering-Plough (now part of Merck). In previous testimony, Holmes said she was the one who included those logos in reports sent to Theranos’ partner Walgreens. According to NPR, when questioned by the prosecution, Holmes said she did not recall if she had sought permission from the larger pharma companies to use those logos. Holmes also acknowledged that she had removed language from the document shared with Walgreens that had initially prepared the test validation for a medical professional.

When the Wall Street Journal’s John Carreyou originally began his investigation into the company, Holmes testified that she prepared for his interview by meeting with an opposition research firm to secure information on the reporter that could potentially be used as leverage to ensure a positive story about the company. That failed as Carreyou was the reporter to first break the news on Theranos’ failings and its fraudulent claims.

“I think I mishandled the entire process of the Wall Street Journal reporting,” Holmes testified, according to NBC. She noted that she and Balwani were “protective” of the company’s trade secrets.

Holmes also testified that she mishandled her staff, particularly those who became whistleblowers about the company’s failings, which included Erika Cheung and Tyler Shultz. Holmes admitted that when Cheung came to Theranos leadership with her concerns about the company’s technology, she should have been listened to rather than dismissed.

“I sure as hell wish we treated her differently and listened to her,” Holmes said, according to NBC.

“You know today that Ms. Cheung was right. Isn’t that fair?” Leach asked.

In her testimony, Holmes revealed that the company hired private investigators to follow the employees and find out who was speaking to the Journal. The prosecution also pointed out the efforts Holmes went to have the Journal kill the story before it broke. She went so far as to reach out to Rupert Murdoch, a Theranos investor who owned the Wall Street Journal, asking his help in killing the article.

The prosecution will continue to cross-examine Holmes on the witness stand today as the trial continues.