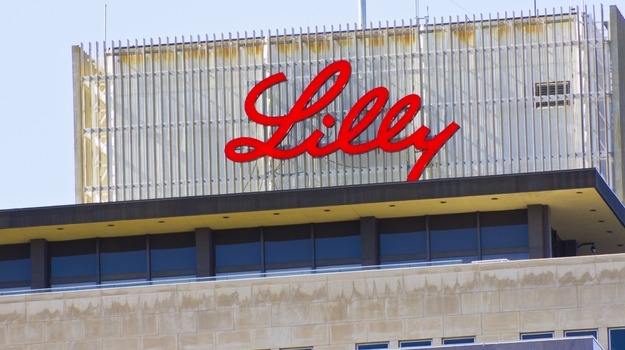 Eli Lilly will aim a checkpoint inhibitor it co-developed for the Chinese market at the United States and other western markets.

This morning, Eli Lilly and China-based Innovent Biologics expanded a strategic alliance involving TYVYT (sintilimab injection), an anti-PD-1 monoclonal antibody immuno-oncology medicine developed by the two companies for use in China. Lilly will pay Innovent $200 million in upfront monies to license the checkpoint inhibitor for the U.S. as well as other markets.

TYVYT is a type of immunoglobulin G4 monoclonal antibody, which binds to PD-1 molecules on the surface of T-cells, blocks the PD-1/ PD-Ligand 1 (PD-L1) pathway and reactivates T-cells to kill cancer cells. The two companies began to market TYVYT in China in 2019 after the checkpoint inhibitor won approval in that company for relapsed or refractory classic Hodgkin's lymphoma after at least two lines of systemic chemotherapy. TYVYT is the only PD-1 inhibitor to be included in China's National Reimbursement Drug List.

Anne White, president of Lilly Oncology, said through the expansion of the company’s collaboration with Innovent, Eli Lilly hopes to make TYVYT accessible to patients globally.

“We believe TYVYT could deliver significant value to people living with cancer around the world and we intend to continue to study its potential across tumor types,” White said in a statement.

Innovent Chief Executive Officer Michael Yu said the collaboration expansion with Eli Lilly marks the “first solid step in getting Innovent's innovative portfolio into the global market.” Yu expressed confidence in the partnership with Eli Lilly due to that company’s commercial expertise. The two companies believe patients across the globe could benefit from treatment with TYVYT, Yu added.

In addition to the $200 million in upfront money, Innovent will be eligible for up to $825 million in potential development and commercial milestones, as well as tiered double-digit royalties on net sales.

Beyond Hodgkin's lymphoma, the companies are also studying TYVYT as a potential therapy in non-squamous non-small cell lung cancer (NSCLC) and several other types of cancer. Earlier this month, the two companies released what they described as encouraging interim analysis data from the Phase III ORIENT-11 assessing TYVYT in combination with Alimta (pemetrexed for injection) and platinum chemotherapy as a first-line treatment for advanced or recurrent non-squamous NSCLC without sensitizing EGFR mutations or ALK rearrangements. Based on the interim analysis conducted by the Independent Data Monitoring Committee, the combination treatment demonstrated a statistically significant improvement in progression-free survival compared with placebo in combination with Alimta and platinum chemotherapy, which met the pre-defined efficacy criteria. A supplemental New Drug Application (sNDA) for this indication is under regulatory review in China.

In addition, both companies will also retain the right to study TYVYT in combination with other medicines as part of their own clinical programs.