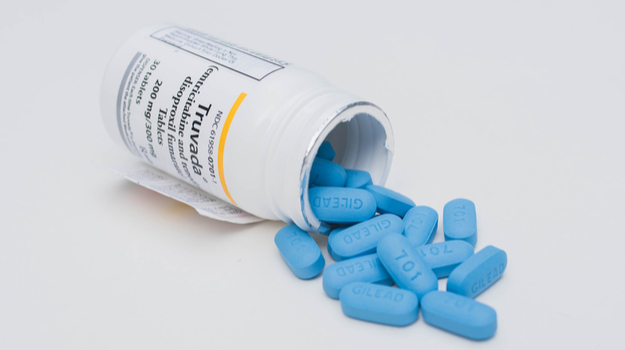 The U.S. Department of Justice (DOJ) is reviewing a government patent for HIV, according to a retired Centers for Disease Control and Prevention (CDC) scientist. The scientist, Thomas Folks, indicated that an attorney with the DOJ visited the CDC in Atlanta on April 16 in order to question government researchers who were involved in the use of the HIV drug Truvada for the prevention of HIV infection. Folks retired from the CDC in 2007 and participated in one of the meetings via telephone to help explain the research his team made 15 years ago.

Truvada is manufactured by Gilead Sciences. Gilead argues that the government’s 2015 patent for Truvada is invalid.

The entire case revolves around Truvada for PrEP, which is what the use of the drug for HIV prevention is called.

Folks ran a CDC monkey research laboratory before retirement. Gilead’s Truvada received approval in 2004 for HIV for individuals who had already contracted the virus. The CDC wanted to conduct research into whether the drug could be used as a preventive measure, and Gilead supplied the drugs to the research team. The team’s research focused on repeatedly infecting monkeys with small amounts of HIV, about the level found in semen, to prove that the drug would work as prevention. In 2012, Gilead received approval with the U.S. Food and Drug Administration (FDA) for that use.

It's not clear if the DOJ review is a prelude to a lawsuit against Gilead or if it plans to use the information as part of negotiations with the company over Truvada for PrEP.

The Trump administration proposed a plan on February 5 to eradicate HIV in the U.S. by 2030. Truvada for PrEP would likely be a part of the plan. However, it’s been noted that the Trump administration’s previous policies generally threatened to cut funding to HIV research and programs, including the President’s Plan for Emergency AIDS Relief (PEPFAR).

Admiral Brett P. Giroir, assistant secretary of Health and Human Services (HHS), speaking at an event this week sponsored by the Kaiser Family Foundation, said, “The royalties that would be owed to the department would take years in the making to get to the department” if there were a patent infringement lawsuit. “It wouldn’t really make a difference on the pricing. We’re really going down different avenues to make sure the pricing is lower moving forward. Those negotiations are ongoing.”

HHS Secretary Alex Azar, in an NPR interview earlier this month mentioned ongoing pricing negotiations with Gilead. Gilead told The Washington Post that there were, however, no current negotiations with HHS over the patents owned by the government. “We are in discussions with the government to determine the best ways to broaden access to Truvada for PrEP to vulnerable populations in the United States and support the federal plan to end the HIV epidemic,” Gilead stated.

Meanwhile, seven U.S. Senators led by Sen. Debbie Stabenow (D-MI) sent a letter to HHS asking the agency to outline steps that have been taken to ensure government-held patents are properly licensed, infringements are acted upon, and “to document how they take the affordability of drugs into consideration when licensing patents.”

The letter stated, in part, “Although Secretary Azar has stated that negotiations are ongoing, Gilead has reportedly reached no agreement with the government that would allow them to make use of these patented methods. The government should also be willing to enforce its patents and take legal action against companies that appear to be infringing on their patents, in order to prevent multinational companies from reaping billions of dollars in profits without properly compensating the government for its investments.”

It is unusual for the government to sue for drug patent infringement. According to a Washington Post article last month, HHS has patented more than 2,500 products since 1976. Although the discoveries are publicly financed, the government typically licenses them to private drug companies who then commercialize them. However, there are typically years and millions of dollars that go into taking an idea from patent to commercial drug launch.