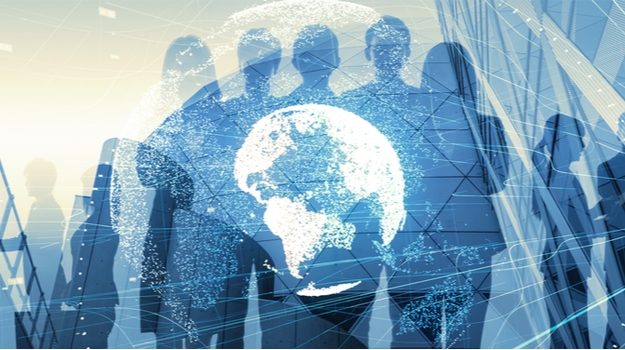 The public’s perception of the drug industry can be confusing. For example, a poll conducted by the Kaiser Family Foundation (KFF) on public opinion on prescription drugs and their prices between 2015 and 2018, found that 80% of the public said the cost of prescription drugs was unreasonable. However, 74% in the same poll said that affording the drugs they take is easy.

The second study, published May 31 by PatientView, is titled, “The Corporate Reputation of Pharma, 2018-the Perspective of U.S. Patient Groups.” Unlike the Kaiser poll, the PatientView survey questioned senior executives from patient groups on behalf of their groups and reviewed the corporate reputation in 2018 of 30 pharma companies. The bottom-line definition for corporation reputation was “The extent to which pharma companies are meeting the expectations of patients and patient groups.”

The PatientView survey had 12 different indicators and was based on 1,500 responses from patient groups worldwide.

By looking at overlaps in these two new studies, some interesting insights come up.

Surprisingly, despite much of the social media rhetoric and media coverage of drug pricing, the corporate reputation of the pharmaceutical industry from 2013 to 2018 has been on the rise, particularly from 2016 to 2018. In 2013, U.S. patient groups stating the reputations were “Excellent” or “Good” was 29%, but in 2018 44% gave the industry that rating. Of course, that means more than half, 56%, gave it worse ratings.

Where we can see some interesting overlaps is when PatientView ranked biopharma companies by their reputations. In the 30 companies ranked, Lundbeck ranked first for corporation reputation. Lundbeck is a Danish pharmaceutical company that isn’t even mentioned in the EvaluatePharma report. The company focuses on neurological and psychiatric products, such as Northera (droxidopa) for orthostasis dizziness caused by low blood pressure, Onfi (clobazam) for seizures associated with Lennox-Gastaut syndrome and Sabril (vigabatrin) for seizures.

On the PatientView rankings, Lundbeck ranked first on 10 of the 12 reputation indicators.

Pfizer ranked second overall, “Despite a bias against big pharma exhibited by some of 2018’s respondent patient groups.” Which is where the comparison between the two studies starts getting interesting. In its projections for sales in 2024, EvaluatePharma puts Pfizer as the leader, projecting $51.2 billion in sales in 2024. It is followed by Novartis, projected to hit $49.8 billion in 2024 and Roche, projected to hit $44.6 billion in the same year.

Genentech/Roche ranked fourth overall in the reputation. Pfizer, in particular, received its high rank because of high scores for three of the 12 indicators of the corporation reputation poll: provision of patient information (where Pfizer ranked 3rd in the U.S. in 2018); transparency of pricing policies (2nd); and transparency in the funding of external stakeholders (2nd).

Novartis ranked fifth overall for corporate reputation in the U.S. in 2018. Its highest ranking in individual indicators was the provision of high-quality patient information.

It’s difficult to say whether Genentech/Roche received its high rank because of a bias the PatientView poll finds—the patient group leaders generally gave biotech companies more favorable rankings than pharmaceutical companies. However, given the fuzzy nature of differentiating between what a biotech company is and a pharmaceutical company is, that may not be the most vital distinction.

It's also worth noting that when PatientView breaks out their 2018 ranking from 13 of the major multinational pharma companies, the list changes, with Pfizer first, Roche/Genentech second, and Novartis third, followed by Eli Lilly, AbbVie, Janssen, and AstraZeneca.

This is perhaps where the convergence of reputation and projected sales starts to overlap. The EvaluatePharma list of projected 2024 sales is topped by Pfizer, Novartis and Roche, then followed by Johnson & Johnson (Janssen is a J&J company), Merck & Co., and Sanofi.

PatientView notes that one reason big pharma’s reputation took a hit was that the survey was conducted while hearings on drug pricing were being conducted by the U.S. House and Senate. “Major pharma companies gave evidence before the various committees (and even key patient groups appeared). The proceedings were closely followed by the media. Companies in the spotlight tended to find that their corporate reputation declined among U.S. patient groups answering the 2018 survey (thought the corporate reputation of four of the big companies—Eli Lilly, Novartis, Pfizer, and Roche/Genentech—was not so affected.”

It also breaks down what it projects to be the top 10 selling products in 2024, which would partially be a measure of name recognition for these companies. Merck’s Keytruda, as mentioned earlier, is the top of the list, with AbbVie’s Humira second, followed by Bristol-Myers Squibb’s Eliquis (#3) and Opdivo (#4), followed in the #5 spot by AbbVie and J&J’s Imbruvica (ibrutinib).

There may or may not be a correlation between corporate reputation and sales, or even R&D spend. One factor that neither study looks at is how much any of these companies spend on advertisements and marketing each year.

As a whole, the industry spends about $30 billion annually on medical marketing, with about 68% of it aimed at doctors and other medical professionals, not consumers. However, the fastest increase in recent years has been in direct-to-consumer (DTC) advertising, which according to a study published in JAMA in January 2019, went from $1.3 billion in 1997 to $6 billion in 2016.

Statista published research on this in U.S. companies (many countries do not allow consumer advertising for the drug industry). Perhaps not coincidentally, Pfizer invested the most in DTC advertising in 2017, equivalent to $1.3 billion, and Eli Lilly ranked second with $480 million. GlaxoSmithKline spent the most on print advertising in 2018, followed by AstraZeneca and then by Pfizer. AbbVie spent $3.7 billion in the U.S. on TV advertising for Humira alone.

Statista noted, “Out of the three types of healthcare companies in the United States including biotech and medical device firms, pharmaceutical manufacturers had the highest marketing budgets. Nevertheless, all three increased their spending between 2017 and 2018.”

Are reputation and sales affected by how much the companies spend on advertising and marketing? There does appear to be a correlation.