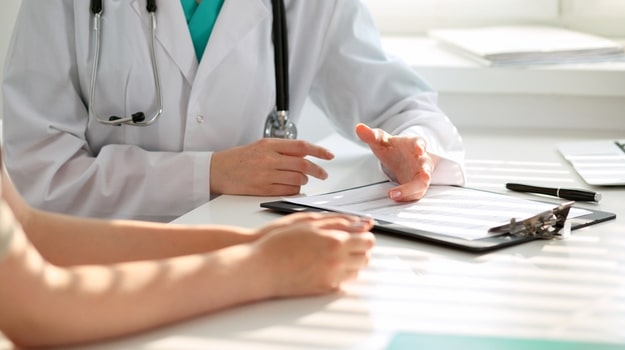 It was a relatively quiet week for clinical trial announcements, but there were a few standouts. Read on for more.

Molecular Partners, clinically partnered with Novartis, dosed the first patient in a Phase IIa trial for ensovibep for COVID-19. Ensovibep is a DARPin therapeutic candidate designed to bind to the SARS-CoV-2 spike protein at three distinct locations to prevent viral entry into cells.

Eli Lilly and Company and Incyte reported that their Phase III COV-BARRIER study of Olumiant (baricitinib) plus standard of care (SoC) compared to placebo plus SoC failed to hit statistical significance against COVID-19 for its primary endpoint. Specifically, the trial was comparing baricitinib and SoC compared to placebo plus SoC, with an endpoint defined as proportion of participants progressing to the first reporting of non-invasive ventilation including high flow oxygen or invasive mechanical ventilation including extracorporeal membrane oxygenation (ECMO) or death by Day 28. In the study, patients receiving baricitinib were 2.7% less likely than patients receiving SoC to progress to ventilation, which was not deemed statistically significant. Baricitinib is a once-daily, oral JAK inhibitor.

The National Institutes of Health (NIH) initiated tests of a new COVID-19 vaccine from Moderna targeting the South African variant, B.1.351. It is being tested in about 210 healthy adults. It will also include about 60 adults who participated in Moderna’s first COVID-19 vaccine trials last year and in about 150 people who have not yet received a vaccine. The trial is recruiting volunteers in Atlanta, Cincinnati, Seattle, and Nashville.

RedHill Biopharma’s Phase II/III trial of Yeliva (opaganib) in hospitalized severe COVID-19 pneumonia patients received a unanimous recommendation to continue after a fourth independent Data Safety Monitoring Board (DSMB) safety review. The recommendation was based on unblinded safety data from the first 255 patients who received treatment for 14 days. Yeliva is a proprietary, first-in-class, oral spinghosine kinase-2 (SK2) selective inhibitor. It has both anti-inflammatory and antiviral activity, targeting a host cell component of viral replication. It also has anticancer activity and is being studied in several oncology, viral, inflammatory and gastrointestinal indications.

CytoDyn’s COVID-19 long-haulers trial is now fully enrolled, faster than expected due to the high number of patients wanting to participate. This Phase II trial will evaluate the safety and efficacy of Virologix (leronlimab) in patients with prolonged COVID-19 symptoms, a condition now called Post-Acute COVID Syndrome (PACS).

89bio received the go-ahead from the FDA on its design for its Phase IIb ENLIVEN trial of BIO89-100 for fibrosis stage 2 or 3 non-alcoholic steatohepatitis (NASH), including on the use of a liquid formulation. The trial will evaluate BIO89-100 in about 200 biopsy-confirmed NASH patients with fibrosis stage 2 or 3. BIO89-100 is a specifically engineered glycoPEGylated analog of FGF21.

Advaxis inked a deal with Columbia University Irving Medical Center to fund a Phase I trial of ADXS-504 in patients with biochemically recurrent prostate cancer. ADXS-504 is the company’s off-the-shelf neoantigen immunotherapy.

Ionis Pharmaceuticals announced it had initiated a Phase III clinical trial of its antisense drug ION363 in amyotrophic lateral sclerosis (ALS) patients with mutations in the fused in sarcoma gene (FUS). ION363 targets the FUS RNA in order to decrease production of the FUS protein. The trial will enroll up to 64 FUS-ALS patients to receive the drug intrathecally.

Chinook Therapeutics dosed the first person in its Phase II AFFINITY trial of atrasentan for patients with proteinuric glomerular disease who are at risk of progressive loss of renal function. Atrasentan is a potent and selective inhibitor of the endothelin A receptor.

Bristol Myers Squibb announced topline data from the Phase III CheckMate -648 trial today, with positive results in esophageal cancer. The study evaluated the company’s checkpoint inhibitor Opdivo (nivolumab) plus chemotherapy or Opdivo plus another of its checkpoint inhibitors, Yervoy (ipilimumab), in patients with unresectable advanced or metastatic esophageal squamous cell carcinoma (ESCC). Opdivo plus chemotherapy demonstrated a statistically significant and clinically meaningful benefit for both the primary and secondary endpoints of overall survival (OS) in patients whose tumors were tested to express PD-L1, as well in the complete randomized patient population at the pre-specified interim analysis. That combination also showed statistically significant and clinically meaningful improvement in the primary endpoint of progression-free survival (PFS) in tumors that express PD-L1, as evaluated by a blinded independent central review (BICR).

In the other part of the trial, Opdivo plus Yervoy also hit the primary and secondary endpoints, demonstrating statistically significant and clinically meaningful improvement in OS in patients with tumors expressing PD-L1 as well as in the all-randomized population. However, this combination did not hit the other primary endpoint, PFS by BICR in patients testing to express PD-L1.

Iovance Biotherapeutics presented data from Cohort 2 of its ongoing study of ifileucel in advanced melanoma. Ifileucel is an autologous tumor infiltrating lymphocyte. In the presentation, the drug demonstrated a 36.4% ORR in Cohort 2.

Exscientia announced that the first artificial intelligence (AI)-designed molecule for immuno-oncology to enter clinical trials. The drug is an A2a receptor antagonist co-invented and developed through a Joint Venture between Exscientia and Evotech.

Transgene announced promising results from a Phase I study of its intravenous oncolytic virus TG6002 and oral 5-FC in patients with advanced gastrointestinal carcinomas. TG6002 is a virus engineered to directly kill cancer cells and to enable production of a chemotherapy drug, 5-FU, within the tumor.