Will COVID-19 Vaccines Need a Booster? CDC Will Meet to Decide 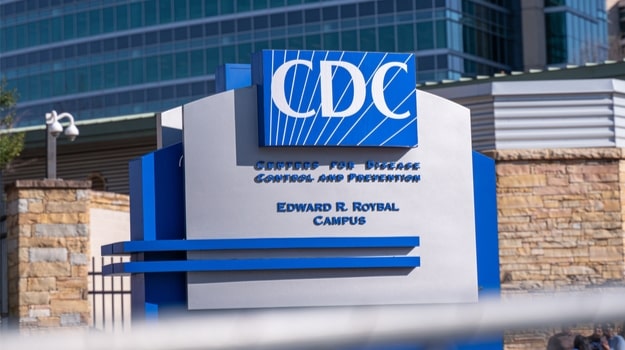 The data is still not in on whether booster shots against COVID-19 will be necessary. The disease has only been around for slightly over a year, and the vaccines for five or six months. Drug companies have been suggesting that booster shots will be necessary, particularly with the rise of more infectious variants, such as those originating in South Africa and the U.K.

Clinical studies of booster shots are already ongoing. Nonetheless, it’s still not known just how long the protection from vaccines lasts. But drug companies are not the decision-makers for this.

The U.S. Centers for Disease Control and Prevention (CDC)’s Advisory Committee on Immunization Processes plans to meet and make a recommendation to the CDC on booster shots. Those conversations, however, have not yet begun.

William Schaffner, a professor of preventive medicine and infectious diseases at Vanderbilt University in Nashville, told ABC News, “The ACIP is dealing with a whole lot of other issues at the present time, and has not begun really a serious discussion of boosters.”

The U.S. Food and Drug Administration (FDA) is also involved in that analysis and decision. It has already updated its COVID-19 emergency use authorization (EUA) guidance for vaccine developers that want to address new variants.

An FDA spokesperson stated, “We want the American public to know that the FDA is using every tool in our toolbox to fight this pandemic, including pivoting as the virus adapts and we remain committed to getting these life-saving products to the frontlines.”

There is a reasonable amount of skepticism when vaccine manufacturers discuss booster shots, since they have raked in huge and unexpected amounts of money so far for the vaccines. In the first-quarter, Pfizer-BioNTech’s global vaccine sales were $5.833 billion and Moderna’s were $1.733 billion. Johnson & Johnson, late to the market and paused over safety issues, reported $100 million in U.S. sales for the quarter.

Stephane Bancel, chief executive officer of Moderna, told investors in early May, “Booster shots will be needed as we believe the virus is not going away.”

And Albert Bourla, chief executive officer of Pfizer, told Axios last week that a booster shot will probably be necessary “sooner than later. If they got their second shot eight months ago, they may need a third one.”

They may be correct, but it hasn’t been determined by facts yet.

Dan Barouch, director of the Center for Virology and Vaccine Research at Beth Israel Deaconess Medical Center, told ABC News, “In my view, it is not yet clear whether we will need a booster shot this fall, winter, and if so, what that booster shot would be.”

Barouch went on to say, “Clearly, the pharmaceutical companies have an economic incentive, particularly the ones who have vaccines that are for profit. We want the decision to be made based on public health solely and [not] on economic incentives of the companies.”

It will take time to make the decision. Anna Durbin, professor of international health at the Johns Hopkins Bloomberg School of Public Health, says, “If we start to see breakthrough infections of clinical significance, then booster doses would likely be recommended.”

Angela Rasmussen, a virologist at the Georgetown Center for Global Health Science and Security, said, “When you start to see an increased rate of breakthrough infections or maybe even worse, start to see an increased number of people with symptomatic disease or people who are actually getting sick and have to go to hospital … that’s going to be a pretty clear indication that it’s time for people to get a booster.”

Immune responses to disease and vaccines are complicated and involve numerous types of immune cells, not just antibodies. And there is also encouraging research. Researchers at Washington University School of Medicine in St. Louis found that months after recovering from mild COVID-19, patients maintained antibodies against the SARS-CoV-2 virus. And they believe that the specific cells that produce the antibodies should persist for a lifetime.

“Last fall, there were reports that antibodies wane quickly after infection with the virus that causes COVID-19, and mainstream media interpreted that to mean that immunity was not love-lived,” said senior author Ali Ellebedy, associate professor of pathology & immunology, of medicine and of molecular microbiology.

“But that’s a misinterpretation of the data. It’s normal for antibody levels to go down after acute infection, but they don’t go down to zero; they plateau. Here, we found antibody-producing cells in people 11 months after first symptoms. These cells will live and produce antibodies for the rest of people’s lives. That’s strong evidence for long-lasting immunity.”

That’s promising. B-cells produce disease-fighting antibodies. T cells attack specific parts of pathogens and come in two types, helper T-cells (CD4) and cytotoxic T-cells (CD8). Both types of T-cells, one stimulated by infection or vaccine, create memories that come to life when the viruses attack and help protect you from getting sick again. So although antibody levels may wane, and usually do, T-cells are often very effective in providing long-term protection.

In research studies, the mRNA vaccines by Moderna and Pfizer-BioNTech provided strong T-cell responses against the variants, including the Brazil (P.1), UK (B.1.1.7), South African (B.1.351) and California (CA.20.C). Memory B-cells are also formed and provide long-term protection.

Although it has not yet been determined, it’s also possible that the vaccines and previous infections will provide long-term protection against COVID-19 or will not require yearly boosters. Time and more study will tell.

Monica Gandhi, infectious disease doctor and professor of Medicine at University of California, San Francisco wrote May 25 in the San Francisco Chronicle, “Immunity from natural infection or vaccination to COVID-19 is likely to be durable, even against variants. … The best way to keep people safe now is to put the discussion of boosters aside and work hard on global vaccine distribution.”