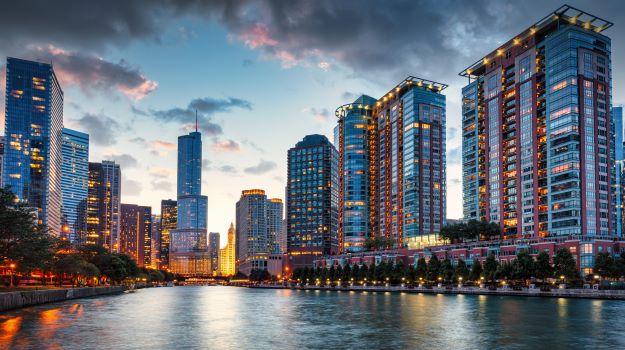 Chicago is an up-and-coming biotech hub supported by three world-class research universities but when compared to other hot spots across the country, the second city is “punching below its weight class” in terms of the life sciences.

That’s the assessment of Michelle Hoffmann, executive director of the Chicago Biomedical Consortium. This, despite the fact that there is a significant amount of cutting-edge research being conducted in the city. However, once that research is licensed, Hoffmann said the vast majority is developed outside of the area. In an interview with BioSpace, Hoffmann said the hospitals and universities in the city and surrounding area receive similar amounts of funding from the National Institutes of Health as their counterparts in Massachusetts. But, when it comes to the development of that technology, she said it “pales in comparison.” And that’s something that needs to change, she added.

To address this need for change, the Chicago Biomedical Consortium (CBC) launched the inaugural class of the CBC Entrepreneurial Fellows (CBC-EFs) program, which is designed to help train the next generation of Chicago bio-entrepreneurs. Hoffmann said the program will keep promising scientific discoveries made at Chicago’s premier research institutions in the area for development.

The CBC aims to identify and develop the next generation of bio-entrepreneurs, those scientists who can take novel science out of the city’s research institutions and advance it toward commercialization. The entrepreneurial fellows will be trained in various business tactics in order to advance their science. Hoffmann said the program will provide the fellows with the expertise and experience they would gain at a biotech company outside of Illinois so they can conduct business in Chicago.

There are a lot of programs that can incubate startups but not all of them provide the scientists with the business training that is necessary to advance the intellectual property into a commercially viable asset.

“Just because you can file IP doesn’t mean this is commercially a good idea,” she said.

The fellows will be provided the necessary skills, all while earning a significant stipend from the consortium. Members of the first cohort, which includes four fellows, will each receive $250,000 in funding while they go through the program. Following the one-year fellowship, each member of the cohort will be required to remain in the Chicago area.

“We want to see them become part of the community and grow the ecosystems. We want them to move into leadership positions at existing companies or start their own. We believe that this will be able to grow and change the biotech ecosystem in Chicago,” Hoffmann said.

In 2021, the Chicago region ranked tenth in the nation as a biotech hub, according to Genetic Engineering & Biotechnology News. The region saw funding of $1.234 billion from the National Institutes of Health, and less than $1 billion in VC funding, according to the rankings. At the same time, there were 1,755 patents awarded.

Chicago has suffered in the rankings due to a lack of wet lab space but there have been a number of initiatives to address that lack. Two years ago, Chicago-based real estate investment group Sterling Bay established a new facility dubbed The Labs providing necessary wet lab space for companies in the city’s famed Lincoln Park neighborhood. Prior to the opening of The Labs, there had not been any new wet labs space built in the city since 2012. Additionally, there has been an expansion of wet lab space at Fulton Labs and Portal Innovations. The site is designed as a platform for startups in the life sciences, as well as medical technology and bioinformatics.

For sure there have been other attempts to bolster the city’s position as a key biopharma hub. The University of Chicago’s Polsky Center for Entrepreneurship and Innovation has provided financial support for scientists hoping to turn their research into a beneficial product. The program established an innovation fund that makes investments in promising startups within the city.

Hoffmann’s belief in the potential of Chicago as a leading biotech hub is shared by Christopher Leo, managing director of Back Bay Life Science Advisors. “There are plenty of ideas in the labs of every university but not all are ripe for development into a new drug or medical device,” Leo told BioSpace.

Back Bay will work with the CBC fellows, providing them with data and analysis of the industry, offering them a full view of the landscape. Back Bay’s involvement will also help the fellows understand the means of securing venture capital investment, Leo said.

The first four fellows have already been selected by the CBC. The cohort includes Elan Ness-Cohn, a researcher who used artificial intelligence to identify genes that are under Circadian control; Schnaude Dorizan, a neuroscientist who is using new methods to measure how animals perceive their environment, learn and remember; Amanda Maldonado, who intends to focus on treatments associated with women’s reproductive diseases; and Karol Sokolowski, who has worked on novel antibiotic delivery.

“We are excited that they will be developing skills as they help our own professors develop their most promising technology,” Hoffmann said.