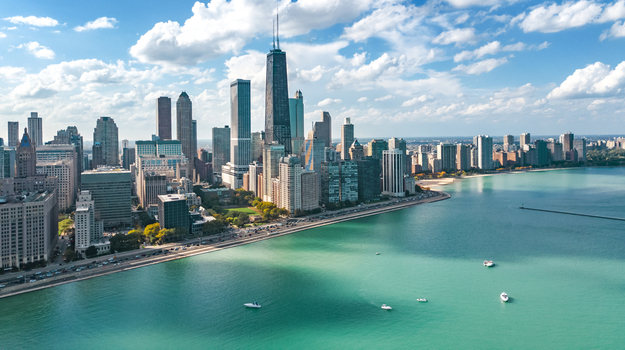 A new life sciences facility dubbed The Labs has opened in Chicago providing necessary wet lab space for companies looking to expand their physical presence in the Windy City and cement the city’s reputation as a hub for cutting edge biomedical innovation.

The first tenant, Exicure, Inc., which is focused on the development of gene regulatory and immunotherapeutic drugs, was announced by Sterling Bay last month. Exicure is currently headquartered in the Illinois Science + Technology Park with an additional location in Cambridge, Mass., but will move its research and headquarters operation into The Labs. Exicure is expected to occupy about 30,000 square feet of The Labs.

Catherine Vorwald, director of life sciences at Sterling Bay, expects The Labs will provide a home for five to 10 companies, depending on their needs. Vorwald described the facility at The Labs as “graduation space” for three different incubators the company already operates in Chicago. In an interview with BioSpace, Vorwald said Sterling Bay’s incubator sites are full and until The Labs, there had been no place for the companies in those sites to expand.

“This will free up the little, subsidized space for companies coming right out of the university and will allow them to expand their headcount and proof of concept work,” Vorwald said.

Because there has been no new wet lab space in Chicago since 2012, Vorwald said there has been “pent up demand.” Before The Labs, many companies had been forced to leave the area to find adequate facilities, she noted. Providing this necessary space was important to support the retention of workforce and companies, she added.

“If you don’t build it, they won’t stay,” Vorwald said of the necessary space that growing companies need.

To develop The Labs, Sterling revamped a building once owned by Lurie Children’s Hospital of Chicago. The building had been designed as an academic research center, but due to an additional construction project, Vorwald said Lurie no longer had a need for the space. The Lurie building was fully built out when Sterling acquired it, Vorwald said, but in order to meet the specifications of companies that may want to set up shop there, Sterling is renovating as needed.

As Exicure plans a move into the space at The Labs, Sterling Bay continues to negotiate with other life sciences companies to occupy the facility. Vorwald said Sterling Bay is currently negotiating with several companies and hopes to see the space filled by the Fall.

The Labs won’t be the only space in Chicago that Sterling Bay is looking to establish to provide a home for life sciences companies. Vorwald said the company is in the design phase for a 300,000 square foot facility in the Lincoln Yards district of the city. Calling it a “work-live planned environment,” Vorwald described the as-yet-to-be-developed-site as “transformative for Chicago.” As they continue with the design phase, Vorwald said Sterling Bay is hoping for a two-year timeline for the project and is currently talking with potential anchors.

Vorwald added that Sterling Bay is vigorously investing in the development of facilities that can be used by life science companies, as well as the computer science industry. She said Sterling Bay wants to facilitate development for the industry and provide a way for university-spinout companies to get their intellectual property out for development.