BrainStorm Gets Hopeful Window into NurOwn's Effect on Progressive MS 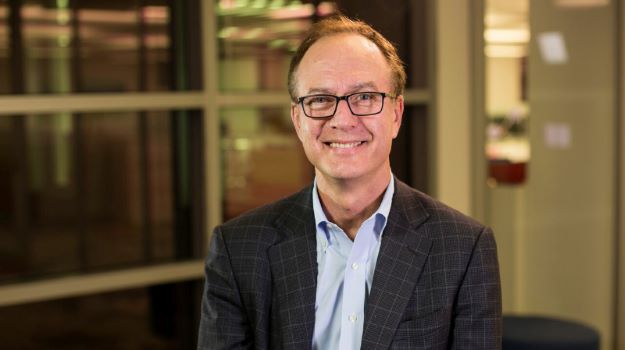 The trial, which consisted of 20 patients, 18 of whom underwent a transplant of the MSC-NTF cells, met its primary endpoint of safety and tolerability. Seventeen patients received the full three treatment protocols. In analyzing biomarker data, BrainStorm was also able to capture some promising efficacy information.

NurOwn demonstrated a decrease in immunomodulatory biomarkers that would indicate inflammation and an increase in neuroprotective biomarkers in the cerebrospinal fluid (CSF). Consistent improvement was also seen in MS functional outcome measures, including walking, upper extremity function, vision and cognition. BrainStorm will present the results Thursday morning at the 37th Congress of the European Committee for Treatment and Research in Multiple Sclerosis (ECTRIMS).

Multiple sclerosis occurs when the immune system attacks the myelin, the protective layer around nerve fibers, causing inflammation and lesions and making it difficult for the brain to send signals to the rest of the body. Progressive MS, which includes both primary progressive (PPMS) and secondary progressive (SPMS), is characterized by a worsening of neurological function and an increase in disability over time. This is as opposed to relapsing-remitting MS, where an individual experiences periods of relapse and periods of remission. This type accounts for 85% of all cases.

In progressive MS, there is a particularly high unmet need for treatments, said Dr. Jeffrey Cohen, M.D., director of experimental therapeutics at the Cleveland Clinic Mellen Center for MS and principal investigator for the trial.

Cohen told BioSpace that "a couple of the currently approved disease-modifying therapies have shown some benefit in progressive MS, but it was modest, and it was primarily in people that had ongoing lesion activity." One of these, he said, is Genentech's ocrelizumab. He added that while currently available treatments are intended to lessen the accumulation of damage, they do not directly promote repair and restoration of function.

"Potentially, the MSC-NTF cells can address both of those unmet needs, so that, for me, is the most exciting result," Cohen said.

BrainStorm President and Chief Medical Officer Dr. Ralph Kern M.D., MHSc. added that because they measure the biomarkers so carefully, they are able to look at the fingerprint of the cells in the spinal fluid.

"We can look at the effect of the cells, both in terms of the mechanism of action, but also the effect on disease processes, so we think that it really gives a very interesting window," he said.

For Kern, the data affirms BrainStorm's proprietary cell technology, which primes the MSC cells to secrete higher amounts of the repair molecules while maintaining their ability to dampen immune reactions.

"Showing that we can demonstrate that effect in two different brain diseases through intrathecal administration is really an exciting moment for us because it confirms the mechanism of action. It's proof of biology, and also, the clinical outcomes are very encouraging," he said.

In February, the U.S. Food and Drug Administration found that high-level data from BrainStorm's Phase III trial of NurOwn in ALS was insufficient to support a Biologics License Application (BLA). This, despite the drug showing a clinically significant response in a pre-specified subgroup of patients with the early-stage disease based on the ALS Functional Rating Scale. Reaction from the ALS community was swift and furious. In June, the anger was sparked anew when the FDA granted Biogen's Aduhelm accelerated approval with what many called questionable proof of efficacy.

Next, BrainStorm will consult with the scientific community and finalize a manuscript. Kern added that the company will speak with the FDA about these results and consider "the best path forward to gain more knowledge in a subsequent trial." BrainStorm will also continue to collaborate with the progressive MS patient communities.

"The paradigm shift in progressive MS to looking for signs of improvement in function is something that we would like to contribute to," Kern said. "I think we've made a small step in that direction."