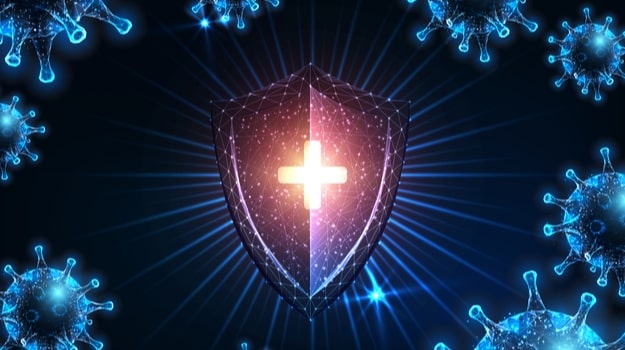 After the initial results of the Pfizer-BioNTech and Moderna vaccines exceeded even the wildest efficacy expectations, one could be forgiven for believing we’ve found the answer to reclaiming our lives from the grip of COVID-19. In reality, it’s a little more complicated.

Cases of reinfection are beginning to emerge, showing that protective antibodies may not have the longevity we were hoping for. This poses the question: Is it more important to elicit a robust antibody response, T cell response, or both? Secondly, what is the approach or delivery platform that will achieve the collective robust immune response to finally end the pandemic?

BioSpace spoke with a few companies that have some ingenious ideas at different stages of preclinical and clinical development.

The human body contains a B cell responsible for generating and secreting antibodies, which play the important role of blocking viruses. Antibodies do wane, however, and have the potential to become less effective if the virus mutates, which already appears to be happening as cases of COVID-19 reinfection begin to emerge.

All of these play a critical role in the adaptive immune system response.

“Viral clearance is what is so important to prevent transmission.  In my mind, at least, the best way to stop a pandemic is not just to protect the blocking, but to clear the virus if it does get in and reduce transmission,” said Dr. Patrick Soon-Shiong, head of NantWorks, the parent company of NantKwest Inc. and ImmunityBio, which are collaborating on a vaccine designed to elicit both an antibody and a T cell response.

Soon-Shiong went on to say that the vaccines currently in late phase development have focused mainly on eliciting a strong antibody response with the Spike (S) protein.

“The S protein is the protein that would stimulate an antibody, as well as some level of T cells, but not very strong. The S protein is what every vaccine that’s in Phase III right now, Moderna, Pfizer, AstraZeneca, Johnson & Johnson are targeting, because that’s the antibody approach,” he explained. “In fact, none of the phase III protocols actually mention T cells. They do in an exploratory way, but not in a definitive way of measuring the T cells.”

The NantKwest and ImmunityBio approach combines the commonly targeted S protein with the lesser known N protein (nucleocapsid protein) which is essential for the virus to survive.  They are also using a second-generation adenovirus vector which precludes the possibility of the vaccine becoming ineffective after the first dose, a risk inherent in first-generation adenovirus vector vaccines.

NantKwest Senior Director of Infectious Diseases, Jeffrey Safrit, explained that the nucleocapsid is viewed as a particularly “strong stimulator of cellular immunity and improves the generation of memory T cells”. “T cell mediated immunity has been shown to last significantly longer than antibody-mediated immunity,” he added.

In an oft-referenced study published in Nature, Drs. Nina Le Bert and Anthony T. Tan at Duke-NUS Medical School in Singapore showed that patients who recovered from the SARS CoV-1 virus possessed long-lasting memory T cells 17 years after the 2003 outbreak. In addition, the T cells displayed robust cross-reactivity to the N protein of SARS-CoV-2.

This indicates that T cells may just be the ticket to widespread immunity.

The duo announced positive interim safety data from its Phase I dose study on November 10.

Abpro Corp., a biotechnology company developing next generation antibody therapies for severe disease, is targeting a more robust antibody response with its therapeutic, ABP 300, which is based on neutralizing monoclonal antibodies.

The company recently completed a Phase 1 study in humans, which will read out in Q1 2021. It also announced data from a challenge study in rhesus monkeys published in Nature Communications, which showed that a single dose of ABP 300 blocks infection of SARS-CoV-2 in prophylactic treatment and clears the virus in three days in a therapeutic setting.

ABP 300 also displayed the potential to neutralize eight SARS-CoV-2 strains with reported high-frequency mutations. This could prove a critical asset in the long-term fight against COVID-19.

Abpro Executive Chairman and Co-Founder Ian Chan said that a neutralizing antibody is “exactly the way it sounds. It basically prevents the virus from entering human cells.”

Chan further explained that neutralizing antibodies can be an effective one-two punch as both a treatment and a prophylactic.

“Neutralizing antibodies have shown that they may be potential first line therapies for mild-to-moderate patients. And then secondly, they can also be used as a preventative type of treatment as well,” said Chan.

“If someone has not yet received a vaccine or somehow [is] unable to generate an immune response after vaccination and gets infected, then a therapy will be needed. Together, vaccines and therapies will form a potent combination to help mankind get the pandemic under control.”

Chan told BioSpace that Abpro would like to get the drug to patients “early in 2021.”

OSE Immunotherapeutics, a clinical stage biotech focused on controlling the immune system in immuno-oncology and autoimmune diseases, plans to launch the Phase I trial of its vaccine candidate, CoVepiT, in December.

CoVepiT is based on optimized peptides selected to induce a lasting sentinel T lymphocyte immune response against SARS-CoV-2. OSE Chief Scientific Officer, Nicolas Poirier, is adamant about the advantages of his company’s T cell specific approach.

“We are developing a vaccine that addresses the T cell response only, and the idea, or the advantage, of that strategy is that we are developing a long term or lasting protective response,” Poirier said. “We can unfortunately expect that the antibody protection will be transient because of what we learned from the past coronavirus infection. And of course, we do not yet have sufficient data from the first-generation vaccines to say that they will be protective from the longer term or midterm.”

OSE researchers analyzed more than 46,000 SARS-CoV-2 samples from patients around the world to identify matching vaccine targets. They then compared these samples to SARS-CoV-1 and MERS in order to identify targets that had the best chance of remaining unchanged in the face of mutations or the emergence of another strain.

Heat Biologics Inc. in collaboration with the University of Miami, is developing a "combination" vaccine that stimulates both antibody and T cell responses. Founder and CEO Jeff Wolf sees the antibody and T cell approaches as a one-two punch to the coronavirus.

“Personally, I think you need both, especially in elderly and patients with comorbidities, because these people are really the most impacted by this,” Wolf said. “I think it’s clear from the data that’s out there, you have patients who have generated a robust antibody response and then they come down with a severe case of COVID months later. So even though people think they have protection, they really don’t.”

Heat’s vaccine works by engineering multiple protein regions of the SARS-CoV-2 virus into its proprietary gp96 platform to create combined antibody and T cell immunity. When delivered to the body through the vaccine’s cells, the gp96 protein is then able to show the SARS-CoV-2 proteins to the immune system in a powerful way that activates a power T cell response.

Heat has previously used the go96 platform in preclinical studies against Simian immunodeficiency virus (SIV), HIV, and the Zika virus.

In terms of long term immunity against SARS-CoV-2, only time will tell what the magic ingredients turn out to be, but when it comes to a deadly pandemic that has killed more than 1.4 million people globally and more than 260,000 in the U.S. alone, the verdict is clear: we need to cover all our bases with all of our antibodies and T cells on board.