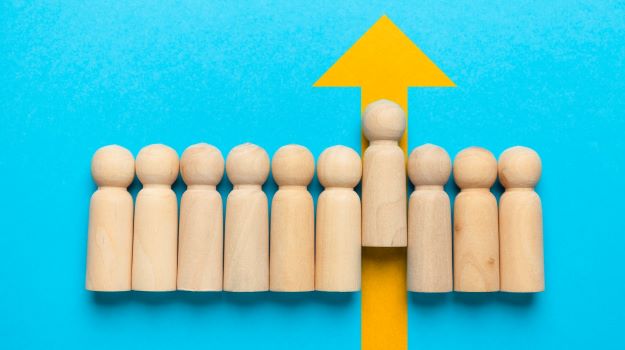 PICI – Bristol Myers Squibb veteran Ute Dugan was named Senior Vice President of Clinical Research at the Parker Institute for Cancer Immunotherapy (PICI). She will oversee PICI’s clinical development, regulatory affairs and translational medicine efforts, with a focus on overcoming immunotherapy resistance and advancing novel breakthrough treatment combinations. At BMS, she was head of Worldwide Oncology External Medical Affairs, where she created research collaboration models to advance immune-oncology treatments together with partners in academia, professional societies and non-profit organizations. Dugan originally joined BMS as executive director of Global Clinical Research during the formation of the development teams for the pioneering I-O medicines ipilimumab and nivolumab. Before that, her career included stints at Roche/Genentech and Aventis.

Evelo Biosciences – John Hohneker was appointed to the board of directors at Evelo Biosciences. He served as president and chief executive officer of Anokion SA from January 2018 to January 2021. Prior to Anokion, he was president of Research and Development at FORMA Therapeutics Inc., where he guided the Company’s transition from a discovery-stage biotech to one with multiple programs in clinical trials. Before that, Hohneker held leadership roles of increasing responsibility at Novartis AG, most recently as Senior Vice President and Global Head of Development for Immunology and Dermatology. Prior to joining Novartis, he held positions of increasing responsibility at Glaxo Wellcome and its legacy company, Burroughs Wellcome.

Taysha Gene Therapies – Texas-based Taysha formed an independent Scientific Advisory Board that will bring together the expertise of esteemed independent scientists and clinicians covering Taysha’s key areas of research in monogenic diseases and gene therapy products. Board members include Deborah Bilder, an Associate Professor at the University of Utah in Educational Psychology, General Pediatrics, and Child Psychiatry; Alan Boyd, founder and CEO of Boyd Consultants and a fellow and Immediate past-president of the Faculty of Pharmaceutical Medicine, Royal Colleges of Physicians in the UK; Wendy K. Chung, a Kennedy Family Professor of Pediatrics in Medicine and the Director of Clinical Genetics, Clinical Cancer Genetics, and Precision Medicine Resource at the Irving Institute for Translational Research; David P. Dimmock, the Senior Medical Director of Rady Children’s Institute for Genomic Medicine; Michael W. Lawlor, a professor of Pathology, Biomedical Engineering, Physiology, Cell Biology, Neurobiology, and Anatomy and the Associate Director of the Neuroscience Research Center at the Medical College of Wisconsin; and Gerald S. Lipshutz, a professor-in-residence in the Departments of Surgery and Molecular and Medical Pharmacology, Surgical Director of the Pancreas/Auto-islet Transplant Program and Chairman of the Academic Medicine College at the David Geffen School of Medicine at University of California, Los Angeles.

Arena Pharmaceuticals – Garry Neil was named chairman of the board of directors at Arena Pharmaceuticals and Nawal Ouzrem, CEO of Sensorion was also named to the board. Neil has served on the board since February 2017. He serves as the chief scientific officer of Cerecor, Inc., following the 2020 merger with Aevi Genomic Medicine, Inc. Prior to joining Aevi, Neil was a Partner at Apple Tree Partners, a life science private equity firm, and held a number of senior positions at Johnson & Johnson, Merck KGaA/EMD Pharmaceuticals, and AstraZeneca. Prior to joining Sensorion, Ouzren served as Group Vice President, Rare Genetic Diseases at Shire International GmbH. Before Shire, Ouzren held various positions at Baxalta from 2014 to June 2016 when Baxalta was acquired by Shire.

Finder USA – Don Ross was named CEO of Finder USA. Ross most recently served as president and Global Chief Commercial Officer at Truspilot. He also served as CEO and chief revenue officer at Bankrate.com. Ross will spearhead the personal finance platform’s growth in the United States.

SVB Leerink – Barry Blake was named Global Co-Head of Investment Banking at Leerink, an investment bank specializing in healthcare and life sciences. Blake will be co-leading the firm's healthcare investment banking strategy and initiatives, with a focus on Healthcare Services & Technology. Blake joins SVB Leerink from Guggenheim Securities where he was a Senior Managing Director focused on advising healthcare services companies. Prior to this, Blake was the Head of Global Healthcare Mergers and Acquisitions for Citigroup and worked in the M&A and Healthcare groups at JP Morgan and Lehman Brothers.

PolyPeptide Group – Raymond De Vré was named CEO of PolyPeptide Group. He begins his role on April 1. He succeeds Jane Salik who has decided to concentrate on her role on the Board of Directors after 15 years as CEO. De Vré joins from Dr. Reddy's Laboratories, where he is a member of the Management Council and Global Head of Biologics. Prior to this, De Vré spent 15 years with McKinsey & Company, where he was a Partner advising pharma­ceutical, biotech and specialty chemical companies in Europe, the US and India on M&A, growth strategies and operational improvements.

Affina Therapeutics – Charles Albright was named CSO and Petra Kaufmann was named CMO of Affina Therapeutics. Albright joins Affinia Therapeutics from Editas Medicine, where he served as executive vice president and chief scientific officer and led the development of the CRISPR gene editing technology platform. Prior to Editas, Albright spent over 12 years at Bristol Myers Squibb, where he most recently held the position of vice president, genetically defined diseases and genomics. Kaufmann recently served as senior vice president and head of clinical development, analytics and translational medicine at Novartis Gene Therapies. Before Novartis, she held clinical research and development positions in academia and at the National Institutes of Health, most recently as director of the Office of Rare Diseases Research.

Avadel Pharmaceuticals – Richard Kim was named CCO of Ireland-based Avadel Pharmaceuticals. His responsibilities will include leading all aspects of the U.S. commercial launch of the company’s lead program, once-nightly FT218, pending regulatory approval. Prior to joining Avadel, he was at Intercept Pharmaceuticals, Inc. where he most recently served as the president of U.S. Commercial & Strategic Marketing. Prior to Intercept, Kim worked at Bristol-Myers Squibb, where he served as General Manager, Hepatitis C Worldwide Commercialization. Before BMS, Kim held a range of senior positions at Schering-Plough, which was acquired by Merck & Co., Inc.