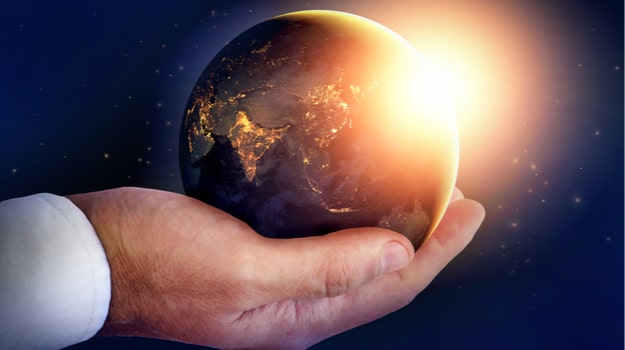 Mogrify – U.K.-based Mogrify Limited said it won the AstraZeneca Life Science Innovation category of the Business Weekly Awards. The award commends Mogrify in applying its proprietary direct cellular conversion technology to further the cause of life science discovery for the benefit of human healthcare. Julian Gough, co-founder and chief scientific officer of Mogrify, received the Cambridge Enterprise Academic Entrepreneur of the Year award in recognition of his work as a life science innovator and founder of Mogrify.

Immune Regulation – Also based in the U.K., Immune Regulation Limited closed a $53 million Series B funding round led by Boston based Morningside Ventures, alongside existing shareholders including London based 24Haymarket. The new funding will accelerate Immune Regulation’s efforts to develop first-in-class drug product candidates that reset the immune system from a pro-inflammatory state to a balanced state, with the potential to achieve long term disease remission in autoimmune and allergic diseases.

OSE Immunotherapeutics – France’s OSE, presented positive results from Step-1 of its Phase III trial of neoepitope-based cancer vaccine Tedopi, in patients with advanced non-small cell lung cancer (NSCLC) after failure of previous checkpoint inhibitor treatments. The primary endpoint of one-year overall survival rate was achieved. Data showed a 46% one-year OS rate for Tedopi treated patients. This 46% OS rate was 10% higher than the standard of care chemotherapy at 36%. The one-year OS rate was 47.5% in the modified per protocol population. Median overall survival was longer in the intent-to-treat population at 9.8 months in the Tedopi group versus 8.7 months in the standard of care group.

Relief Therapeutics – Switzerland-based Relief and NeuroRx, Inc. announced the completion of their partnership agreement for the global commercialization of RLF-100(Aviptadil). The two organizations have agreed to share all profits from sales of RLF-100 for all indications related to COVID-19 and potentially other respiratory indications on a global basis. They have agreed that NeuroRx will lead commercialization in the United States, Canada, and Israel, while Relief will lead commercialization in Europe and the rest of the world. The two companies have now taken steps to increase manufacturing of the aviptadil drug substance and are in the final stages of contracting with a fill/finish manufacturer, along with a national distribution partner. By January 2021, Relief and NeuroRx expect to have manufacturing, distribution and logistics capacity in place to deliver sufficient drug quantities to treat 150,000 patients per month with RLF-100.

Novo Nordisk – Pharma giant Novo Nordisk announced an ambitious target to ensure all its direct suppliers supply the company based on 100% renewable power by 2030. Novo Nordisk will work with all existing and new suppliers to meet the target. This commitment is the next step in Novo Nordisk’s ‘Circular for Zero’ environmental strategy, which launched in April 2019 and set an ultimate ambition for the company to have zero environmental impact. Novo Nordisk has already committed to achieve zero CO2 emissions from the company’s own global operations and transport by 2030 and, in 2020, achieved the target of using 100% renewable power across its global production.

Menaura Medical – Medtech Menaura Medical, Inc., based in England, licensed the rights to Healthimation, LLC’s mobile application based digital program, a well-validated and award-winning 12-week program to help patients manage their weight and pre-diabetes or early diabetes conditions.  The program is intended to be combined with the company’s proBEAT non-invasive patch CGM (continuous glucose monitor) for an enhanced behavioral change experience.

Owlstone Medical – U.K.-based Owlstone Medical today announced the results of a patient study that successfully demonstrates the use of exhaled limonene as a breath biomarker to measure liver function and stage liver disease. The positive results validate Owlstone Medical’s EVOC probe strategy for the development of breath-based diagnostic and prognostic tests for Nonalcoholic Fatty Liver Disease (NAFLD) and associated Nonalcoholic steatohepatitis (NASH). The results have been published in Clinical and Translational Gastroenterology.  Owlstone Medical is currently developing non-invasive quantitative breath tests that will use EVOC Probes, including limonene, a GRAS (Generally Recognized as Safe) compound, along with inflammatory exhaled biomarkers, to measure liver enzyme activity and provide information on the health of the liver and for NAFLD/NASH diagnosis and prognosis. These tests will initially be offered in research settings including to pharma companies developing NAFLD/NASH drugs, with launch as clinical tests to follow.

Oculis – Switzerland’s Oculis S.A. will present data for the company’s ophthalmic treatments at a number of conferences. Presentations will include an overview of Oculis’ portfolio and the significant progress it has made this year with the advancement of its lead candidates OCS-01 and OCS-02. A key focus of the presentations will be on the development of OCS-01 as a potentially transformative and first topical treatment for Diabetic Macular Edema (DME) and as the first once a day steroid for the treatment of inflammation and pain following ocular surgery. Positive clinical results from Phase II trials of OCS-01 in both indications were announced in February and May, respectively. The Company is now designing Phase III programs in both indications.

Aequus Pharmaceuticals – Vancouver-based Aequus expanded its partnership with Medicom Healthcare to include an additional formulation in the Evolve preservative free dry eye product line. Aequus has submitted an application for this new product with Health Canada for processing of a New Medical Device License. The new Evolve product added to the existing agreement is a unique preservative free formulation. The product formulation combines Hyaluronate and Carbomer 980 for the treatment of patients with more intense dry eye symptoms.

Pueros Bioventures – Newly formed venture capital firm Pueros, based in Switzerland, closed its first fund, BB Pueros Bioventures at $170 million. Pueros will exclusively invest in innovative private drug development companies with an emphasis on novel biological drugs and emerging modalities such as nucleic acid, cell, and gene therapies. The fund’s portfolio companies are built on scientific excellence with strong teams to develop therapies across a broad indication spectrum including oncology, immunology, ophthalmology, rare diseases, and neuroscience.  The fund invests globally, with a primary focus on Switzerland and Europe.

Hitachi Chemical Co – Hitachi has adopted the name Minaris Regenerative Medicine to represent its global contract development and manufacturing services business for the cell and gene therapy industry. Minaris is derived from the Japanese word "mirai" which means future and the English word "miracle". The name stands for the company’s commitment to constantly push the boundaries of what is possible and provide future miracles to patients. The vision of Minaris Regenerative Medicine is “creating future cell therapy miracles together” and its mission is to “commit our experience to our clients, by providing global manufacturing services, development solutions, and technologies for cell and gene therapies to improve society’s well-being.”

Affimune – Ireland’s Affimune announced today the start of TRIAGE (TRIglyceride And Glucose control with Epeleuton in Metabolic Syndrome Patients), a Phase IIb study of epeleuton in patients with high triglycerides and type 2 diabetes. Epeleuton is a synthetic prodrug of an endogenous downstream metabolite of eicosapentaenoic acid (EPA).

Sobi -- Swedish Orphan Biovitrum AB began its Phase III study of SEL-212 for chronic refractory gout. Sobi in-licensed SEL-212 from Selecta and will be responsible for development, regulatory and commercial activities in all markets outside of China.