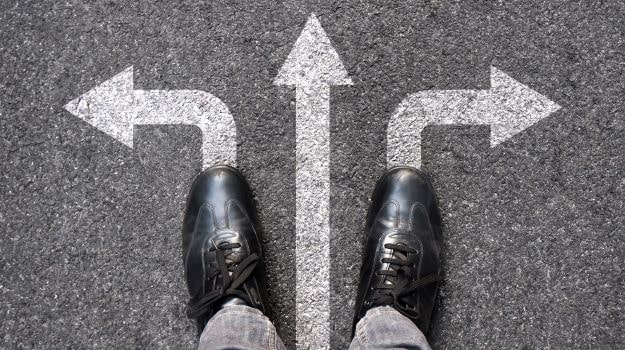 Biohaven Pharmaceuticals has set a new course following its acquisition by Pfizer with a focus on developing therapeutics that modulate the Kv7 Ion Channel for the treatment of neurological and neuropsychiatric diseases.

The company officially launched Tuesday as a new spin-off entity with more than 13 clinical and preclinical programs. Biohaven’s primary focus will be developing treatments for neurological and rare disorders including epilepsy, pain and mood disorders, obsessive-compulsive disorder, spinocerebellar ataxia and spinal muscular atrophy.

The new Biohaven launches with approximately $257.8 million in cash.

The seeds for this new path were established earlier this year with the acquisition of Channel Bio, a subsidiary of Knopp Biosciences. This brought in the experimental epilepsy treatment BHV-7000, which targets the Kv7 ion pathway. BHV-7000 is currently in Phase I development for multiple indications.

Biohaven Chief Executive Officer Vlad Coric told BioSpace the future looks bright for the new phase of the company. He noted that the drugs targeting the Kv7 ion pathway will be the centerpiece of the company. Coric explained that previously conducted studies showed the efficacy of this approach in treating epileptic seizures.

"That makes for a de-risked mechanism," he said. "We believe this (BHV-7000) has the potential for best-in-class."

Additionally, the company licensed rights to an experimental spinal muscular atrophy drug from Bristol Myers Squibb. That asset, an anti-myostatin adnectin, is expected to enter late-stage development later this year.

Coric said this drug is intended to work alongside existing gene therapies for SMA, such as Novartis' Zolgensma. He said the gene therapy can halt and reverse the disease, while the former BMS asset will assist by helping rebuild lean muscle mass in children.

The new company will continue to be helmed by Coric as chairman and CEO officer. Other established members of the leadership team include Irfan Qureshi as chief medical officer, and Tanya Fischer, who serves as chief development officer and head of translational medicine.

Bruce Car joins the company as chief scientific officer. Car most recently served as CSO of Agios Pharmaceuticals where he focused on genetically defined diseases and oncology. He previously held leadership roles at BMS and Dupont.

Biohaven will focus on developing therapeutics based on its proprietary technology platforms. This includes BHV-7000, a lead program in Kv7 Ion Channel Modulation for epilepsy and other central nervous system disorders associated with pathological hyperactivity.

BHV-7000 is being assessed for the treatment of KCNQ2 developmental and epileptic encephalopathy, a rare and debilitating disease that manifests in infants and children as early-onset seizures. It is also being studied for encephalopathy due to a defect in the function of the Kv7.2 channel caused by pathogenic mutations in the KCNQ2 gene.

Kv7 Ion Channel Modulation targets subunits involved in neuronal signaling. It also plays a role in regulating the “hyperexcitable state” in epilepsy and could potentially play a role in other central nervous system disorders.

In its announcement, Biohaven pointed to multiple clinical development programs that include Glutamate modulation for spinocerebellar ataxia and obsessive-compulsive disorder. Coric said the OCD treatment has compelling proof-of-concept.

The company also has a program aimed at the inhibition of myostatin in neuromuscular diseases. Not only can this play a role in SMA, Coric said it could play a role in diabetes and weight loss.

Beyond these, Biohaven is keeping an eye on potentially targeting disease adjacencies, which can include pain, smooth muscle disorders and immunological disease, according to the Tuesday statement.

Biohaven’s experimental ALS treatment verdiperstat, which recently missed the mark in the Healey ALS trial, was not mentioned. When the data was announced last week, Biohaven reported it would continue to assess the trial information. Coric reiterated that today and said the company will reassess what they do with the asset after the data is compiled.

Under terms of the Pfizer acquisition, the pharma giant retains Biohaven’s calcitonin gene-related peptide (CGRP) receptor antagonist products, which includes Nurtec ODT, a treatment for acute and episodic prevention of migraine in adults. Additionally, Pfizer will hold onto the potential migraine treatment zavegepant, which has been submitted to the FDA for potential approval. A PDUFA date has not yet been set. Pfizer will also retain a portfolio of pre-clinical CGRP assets.

Even as Biohaven sets a new course as an independent company, Pfizer will retain a 3% investment in the new entity.