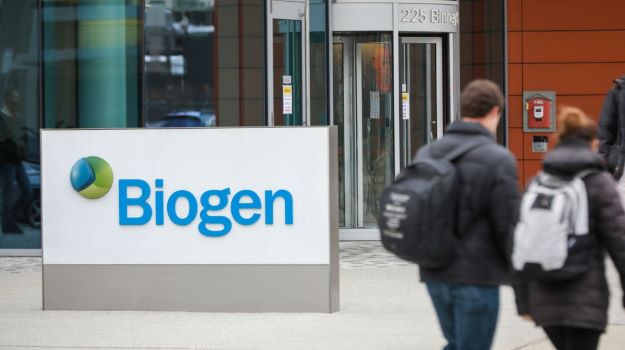 Three weeks after snagging approval in the UK, the U.S. FDA approved Samsung Bioepis and Biogen's biosimilar drug. Byooviz is the first Lucentis copycat biologic to hit the market.

Novartis and Roche's Lucentis was the first VEGF inhibitor available for wet age-related macular degeneration (AMD) fifteen years ago. Quickly rising to blockbuster drug status, sales began to fall somewhat over the past few years as Regeneron’s Eylea took its place as the leading AMD drug for annual profit.

With 11 million people in the US affected with AMD, the leading cause of irreversible vision impairment in the over 60 crowd, the market is a huge one. Samsung Bioepis SVP Kyung-Ah Kim said the approval of Byooviz “underscores our continued commitment to providing valuable treatment options for people who do not have access to life-enhancing biologic medicines around the world.”

The arrival of biosimilars to the market certainly change the profit landscape for companies whose patents are expiring. Lucentis sales for Roche had already declined 16% from 2019, generating $1.61 billion in 2020. The drop was credited to delay in treatment due to the COVID-19 pandemic. Injections are required monthly for the drug. However, Regeneron reported a 7% growth in 2020 global sales compared to the prior year for Eylea.

The Biogen and Samsung Bioepis biosimilar-targeted partnership isn’t stopping at Lucentis. In a 2019 deal, Biogen also licensed SB15, a version of Regeneron and Bayer's Lucentis’ hottest competitor, Eylea. While safety and efficacy profiles on the two are similar, Eylea has a leg up on the market thanks to a reduction in frequency. In contrast to Lucentis’ monthly injections, Eylea patients receive 6-8 injections a year.

While not able to offer the rock-bottom prices of generic drugs due to the complexity of development, biosimilars certainly help bring treatment costs down significantly for patients. In 2013, Lucentis ran about $2,000 per injection.

In addition to the Eylea copycat in the works, Biogen also has exclusive commercial rights to three other Samsung Bioepis TNF inhibitor biosimilars in China for rheumatoid arthritis: Benepali, Flixabi and Imraldi.

The licensing deal with Samsung Bioepis builds on Biogen’s push into the ophthalmology space. Over two years ago, Biogen acquired Nightstar Therapeutics for over $800 million. The deal scored a pipeline addition of a treatment for a rare and degenerative, X-linked inherited retinal disorder that leads to blindness. But this year, the gene therapy ended up being a bust. In a Phase II/III trial, cotoretigene toliparvovec missed its goal of improving retinal sensitivity.

With the FDA approval of Byooviz, Samsung Bioepis now has five biosimilars approved in the U.S.