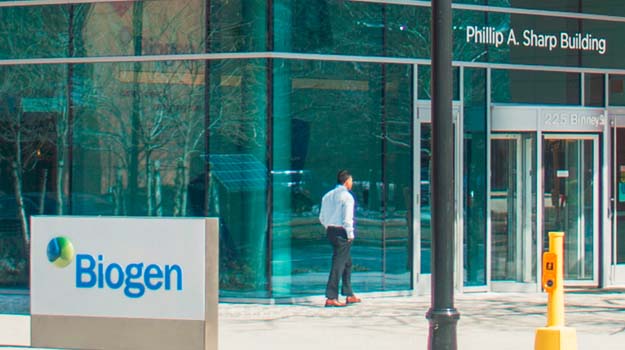 Shares of Nightstar Therapeutics have skyrocketed more than 66 percent this morning after Biogen announced it will acquire the company for $25.50 per share, a total of about $800 million. The deal will provide Biogen with a pipeline of gene therapy candidates for ophthalmology, a growth area for the company.

In premarket trading, shares of U.K.-based Nightstar, which is focused on adeno-associated virus (AAV) treatments for inherited retinal disorders, have climbed to $20.25, up from Friday’s closing price of $15.16. The acquisition is planned to be funded through available cash. Biogen expects the deal to be complete by the middle of this year.

For Biogen, the acquisition brings Nightstar’s lead asset, NSR-REP1, a treatment for treatment of choroideremia (CHM), a rare and degenerative, X-linked inherited retinal disorder that leads to blindness, into its pipeline. There are currently no approved treatments for choroideremia. NSR-REP1, which is comprised of an AAV vector administered by subretinal injection, id designed to work by providing a functioning CHM gene and expression of the REP-1 protein to restore membrane trafficking. The goal is to slow, stop, or potentially reverse the decline in vision. In a Phase I/II trial, NSR-REP1 demonstrated meaningful slowing of decline in visual acuity as compared to natural history. Additionally, the trial also demonstrated signs of improved visual acuity in some patients. NSR-REP1 is currently being evaluated in the ongoing Phase III STAR trial with data expected in the second half of 2020.

With this proposed acquisition, we are continuing to bolster our pipeline and further execute on our strategy to develop and expand a multi-franchise neuroscience pipeline across complementary modalities. Nightstar would accelerate our entry into ophthalmology by contributing two mid- to late-stage gene therapy assets, with the potential to create long-term shareholder value,” Vounatsos said in a statement.

In addition to NSR-REPI, Nightstar also has an AAV-based treatment for X-linked retinitis pigmentosa (XLRP), which is also a rare inherited retinal disease. XLRP, which is characterized by mutations in the retinitis pigmentosa GTPase regulator gene, abnormality leads to loss of the photoreceptor cells, resulting in retinal dysfunction. The disease primarily affects males and there are no approved treatments. Biogen noted that Phase I/II data from the dose escalation portion of the XIRIUS trial demonstrated an increase in central retinal sensitivity. It is hoped that the AAV treatment will slow, stop, or potentially reverse the decline in vision. A Phase II/III dose expansion portion of the XIRIUS trial is currently ongoing, Biogen said.