Bacteria, Viruses and Fungi Are Everywhere -- You Should Be Happy About This 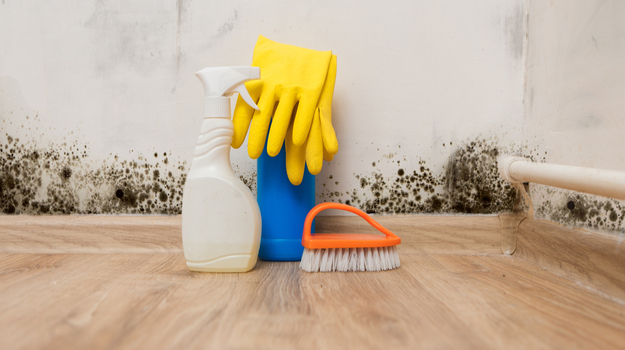 Rob Dunn, a professor of applied ecology at North Carolina State University (NCSU) in Raleigh recently wrote a book, Never Home Alone. In this book, he describes how millions of microorganisms, bacteria, fungi, viruses, parasites and insects live in your home—and in and on your body.

“Every surface every bit of air; every bit of water in your home is alive,” Dunn told NPR’s “Fresh Air” host Terry Gross. “The average house has thousands of species.”

Dunn began his work studying microorganisms and insects in rain forests but noted that he realized a lot of the same work could be done “under the bed and showers. And we were making the same kinds of discoveries I’d make in Bolivia or Ghana or Australia or anywhere else.”

So should you start freaking out and sterilize every surface of your house?

No. Antibacterial soaps, for example, kill germs, but there are unintended consequences. “Our bodies don’t exist but for the species that live on and in them,” Dunn told Gross. “We can’t scrub ourselves free of the rest of life. I hope to be never alone in that sense—to be really isolated from the rest of life would be a very sad thing.”

And in fact, the entire field of the microbiome—the study of the interactions of all the bacteria, viruses, fungi and other microorganisms in our bodies—is a hot new science with significant promise for the development of new therapies for a variety of diseases.

In June 2018, Genentech, a Roche company, signed a multi-year strategic collaboration with Cambridge, England-based Microbiotica, to discover, develop and commercialize biomarkers, targets and rugs for inflammatory bowel disease (IBD). Microbiotica spun out of the Wellcome Trust Sanger Institute, and, as its name would suggest, focuses on microbiome-based therapeutics.

Microbiotica will use its precision metagenomics microbiome platform to analyze samples from clinical trials for Genentech’s IBD drugs.

And in May, Genentech signed a deal with Lodo Therapeutics, based in New York City. Lodo’s platform identifies and produces bioactive natural products directly from the microbial DNA sequence information contained in dirt. That information drives its discovery programs.

“We believe the microbiome represents a new paradigm in biomedicine,” stated James Sabry, senior vice president and global head of Genentech Partnering, at the time, “both for understanding drug response and as a novel therapeutic modality. We have chosen to collaborate with Microbiotica because of its high-quality science and look forward to working together to potentially bring new medicines to people suffering from IBD.”

In the same month, engineered microbiome company Synlogic, based in Cambridge, Mass., dosed its first patient in its Phase Ib/IIa clinical trial of SYNB1020 for hyperammonemia. SYNB1020 is a Synthetic Biotic, taken orally. It acts in the gut to compensate for the dysfunctional metabolic pathway. The company’s approach is to program naturally-occurring microbes using synthetic biology tools. The engineered microbiome then affects the body’s metabolic dysregulation.

And in August, Inc.magazine pulled together a list of the 5,000 fastest-growing companies. One of them, ranking #50, was uBiome, headquartered in San Francisco. The company uses machine learning, artificial intelligence (AI) and advanced statistics to analyze the microbiome. It offers several sequencing-based clinical microbiome screening tests.

Not that all household microorganisms are a good thing. Dunn notes that the pipe leading to your showerhead is the location of a site of a lot of bacteria. They’re generally harmless, and municipal water supplies that are heavily chlorinated kill most of the bacteria. But in some cases, it leaves nontuberculous mycobacteria that are chlorine-tolerant. Those nontuberculous mycobacteria are relatives of leprosy and tuberculosis.

And, of course, most people are familiar with black mold that can grow in houses, particularly if they have seepage or moisture problems. Dunn noted a study conducted by a colleague actually found that several types of fungi were in brand new drywall, just waiting for the drywall to get wet. “Basically (they) come preloaded in your drywall,” he told Gross. “And then they wait in your drywall for months, or years, or however long it takes for the drywall to get wet. And then, once the drywall gets wet, they can eat your house from bottom to top with great joy and a little bit of laughter, I think.”

And although that can certainly be problematic, Dunn, talking about armpit bacteria, said, “You have very special microbes in your armpit that, historically, must have had a pretty important role that we still don’t really understand.” He thinks they are likely to defend against pathogens. “If you think about your body, it’s not actually just covered in skin—the outside layer of your body is totally microbial. If a flu virus lands on your hand, the first thing it encounters is not your immune system; it’s the layer of your microbes on your hand.”