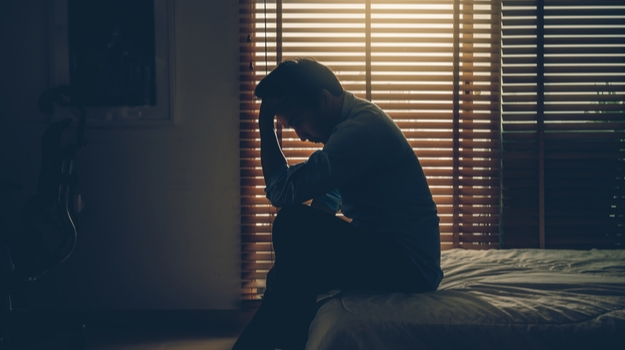 Axsome Therapeutics announced on Wednesday that it published promising results of its Ascend Phase-II clinical trial of AXS-05 in The American Journal of Psychiatry. AXS-05 is intended to treat major depressive disorder (MDD).

Major depressive disorder is also known as clinical depression. The National Institute of Mental Health estimates that 21 million U.S. adults have had at least one major depressive episode, which occurs when a person experiences a depressed mood, loss of interest or pleasure in daily activities and has problems with sleep, energy, concentration and self-worth for at least two weeks.

Axsome is taking a new approach to treating MDD by targeting N-methyl-D-aspartate (NMDA) receptors in the brain. AXS-05 is an antagonist of the NMDA receptor, modulating the function of the receptor typically involved in learning and memory. AXS-05 utilizes a proprietary formulation and dose of dextromethorphan and bupropion, with dextromethorphan being the antagonist for NMDA receptors and bupropion inhibiting the reuptake of norepinephrine and dopamine.

Phase-II trials of AXS-05 demonstrated rapid, substantial and statistically significant improvement in depressive symptoms and the induction of remission in comparison to treatment consisting of just bupropion in patients with moderate to severe MDD. Additionally, remission rates were significantly greater with AXS-05 at week two of treatment and every time point thereafter.

"Major depressive disorder is highly prevalent, debilitating and potentially life-threatening. There is an urgent need for mechanistically new treatments that are effective and well tolerated," said Dan Iosifescu, M.D., professor of psychiatry at the New York University School of Medicine, Director of the Clinical Research Division at the Nathan Kline Institute for Psychiatric Research and co-author of the publication. "Due to its novel mechanism of action targeting glutamate and sigma-1 receptors, and to its robust antidepressant efficacy demonstrated in this study, AXS-05 has the potential to become an important and very useful new treatment for patients with major depressive disorder."

Treatment of AXS-05 consisted of taking a 45mg tablet once daily for three days and then twice daily for a total of six weeks. The therapeutic was generally well tolerated in the trial, with common adverse events including dizziness, nausea, dry mouth, decreased appetite and anxiety. Taking the drug was not associated with weight gain, sexual dysfunction or symptoms that mimic psychosis.

AXS-05 was previously granted Breakthrough Therapy designation by the U.S. Food and Drug Administration for the treatment of MDD, and a new drug application is currently under review. Axsome stated the company is positioned to move quickly to make the product available to patients if it is approved.

AXS-05 is also being investigated for the treatment of Alzheimer’s Disease. In December 2020, Axsome launched a Phase III trial investigating the therapeutic’s safety and efficacy in reducing agitation associated with the disease.