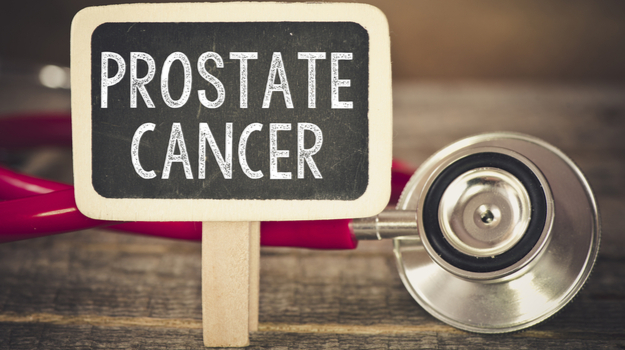 AstraZeneca and Merck released more positive data from the Phase III PROfound trial of Lynparza (olaparib) in metastatic castration-resistant prostate cancer (mCRPC). Specifically, in patients who have a homologous recombination repair gene mutation (HRRm) and have progressed despite previous treatment with new hormonal agent (NHA) treatments such as enzalutamide and abiraterone.

Lynparza is a first-in-class PARP inhibitor and the first targeted treatment to block DNA damage response (DDR) in cells and tumors with a deficiency in homologous combination repair, such as mutations in BRCA1 and 2. It is currently approved in the U.S., Europe, Japan and China and several other countries as first-line maintenance treatment of BRCA-mutated advanced ovarian cancer after response to platinum-based chemotherapy. It is also approved in the U.S. and other countries for germline BRCA-mutated, HER2-negative, metastatic breast cancer that was previously treated with chemotherapy, and also in Europe for locally advanced breast cancer. It is also approved for germline BRCA-mutated metastatic pancreatic cancer.

HHR mutations show up in 20 to 30% of mCRPC patients. These HRR genes allow for accurate repair of damaged DNA in healthy, normal cells. But mutations in these genes cause an HRR deficiency, which means they do not fix DNA damage effectively, which can lead to cancer.

“Overall survival in metastatic castration-resistant prostate cancer has remained extremely challenging to achieve,” said Jose Baselga, executive vice president of AstraZeneca’s Oncology R&D. “We are thrilled by these results for Lynparza and we are working with regulatory authorities to bring this medicine to patients as soon as possible.”

The PROfound trial is a prospective, multicenter, randomized, open-label, Phase III study. It evaluated the efficacy and safety of Lynparza compared to enzalutamide or abiraterone in patients with mCRPC whose disease progressed despite hormonal treatments and who also have tumor mutations in BRCA1/2, ATM or one of the 12 other genes involved in the HRR pathway.

The trial met its primary endpoint in August 2019, showing significantly improved radiographic progression-free survival (rPFS) in patients with mutations in BRCA1/2 or ATM genes. This new data was for statistically significant and clinically meaningful improvement in the key secondary endpoint of overall survival in a subpopulation of HRR gene mutations, men with mCRPC selected for BRCA1/2 or ATM gene mutations.

“Lynparza has demonstrated significant clinical benefit across key endpoints in PROfound, including overall survival for patients with BRCA or ATM mutations, and this reinforces its potential to change the treatment standard for patients with metastatic castration-resistant prostate cancer,” said Roy Baynes, senior vice president and head of Global Clinical Development and chief medical officer of Merck Research Laboratories. “These data further support Merck and AstraZeneca’s commitment to uncovering the ways in which Lynparza can help patients impacted by cancer.”

Prostate cancer is the second-most common cancer in men, with about 1.3 million new cases diagnosed globally in 2018. It has a significant mortality rate. It is often driven by male sex hormones, androgens, including testosterone. In mCRPC, the prostate cancer spreads to other parts of the body despite the use of androgen-deprivation therapy that blocks the action of the sex hormones. About 10 to 20% of men with advanced prostate cancer will develop CRPC within five years and about 84% will have metastases at the time of CRPC diagnosis.