AskBio, Syndax and Catalyst All on the Fast Track 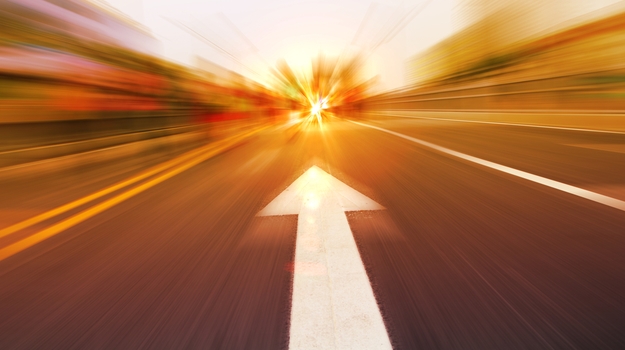 A gene therapy for a form of muscular dystrophy is on the Fast Track. This morning, Asklepios BioPharmaceutical, Inc. (AskBio), a Bayer subsidiary, announced that the U.S. Food and Drug Administration granted Fast Track Designation to the LION-101 gene therapy program.

N.C.-based AskBio’s LION-101 is a novel recombinant adeno-associated virus (rAAV) based vector under development as a potential one-time treatment for patients with Limb-Girdle Muscular Dystrophy (LGMD), a group of diseases that cause progressive weakness and wasting of the muscles in the arms and legs.

Earlier this year, the FDA greenlit an Investigational New Drug Application for a Phase I/II study of LION0-101 in patients for Limb-Girdle Muscular Dystrophy Type 2I, caused by a mutation in the FKRP gene. In this particular form of LGMD, symptoms typically develop in late childhood and gradually worsen over time. Eventually, patients are forced to rely on a wheelchair for mobility.

Unfortunately, there are no approved treatments to prevent disease progression. AskBio intends to dose the first patient with intravenous therapy in the first half of 2022.

Sheila Mikhail, co-founder and chief executive officer of AskBio, said the Fast Track Designation is an essential step in developing the LION-101 program and recognizing the “profound burden” on LGMD2i/R9 patients. Mikhail expressed hope that the company’s gene therapy program can bring new therapeutic options for these patients and their families.

The Fast Track Designation is granted to new therapeutics aimed at severe conditions that have an unmet need. The program can expedite regulatory review following clinical assessment.

Last year, Bayer acquired AskBio for up to $4 billion as the Germany-based life sciences giant looks to expand its gene therapy offerings. AskBio’s Pro10 AAV manufacturing process has become something of a standard across the industry.

The platform is used by multiple companies, including Pfizer, Takeda and Viralgen Vector Core SA. The Pro10 AAV process was used by Novartis subsidiary Avexis in the development of its gene therapy for spinal muscular atrophy Zolgensma, which was approved in 2019.

The company is currently enrolling a Phase I/II study, which is being conducted alongside a Phase III trial evaluating MarzAA for the treatment of episodic bleeds in patients with Hemophilia A or B with inhibitors.

The FDA previously granted Fast Track Designation to MarzAA for the SQ treatment and control of episodic bleeding in subjects with Hemophilia A or B with inhibitors in December.

Nassim Usman, president and CEO of Catalyst called the designation another important milestone in the development of MarzAA.

“MarzAA is the only subcutaneously administered bypassing agent under development for the episodic treatment of bleeding events and has the potential to significantly improve the lives of patients with several inherited or acquired bleeding disorders,” Usman said in a statement.

Syndax Pharmaceuticals also snagged Fast Track Designation for the company’s leukemia treatment SNDX-5613. Syndax is developing SNDX-5613, a highly selective, oral menin inhibitor, for the treatment of relapsed or refractory acute leukemias harboring a mixed lineage leukemia rearranged (MLLr) or nucleophosmin (NPM1) mutation. If approved, SNDX-5613 would be available for both pediatric and adult patients with this indication.

This year, Syndax presented data from a Phase I/II study that showed SNDX-5613  provided a 48% overall response rate in patients. The Phase I data showed the ORR in evaluable patients harboring an MLL-rearrangement was 54% and, in evaluable patients harboring an NPM1c mutation, the ORR was 29%. Syndax also noted that 67% of responders who received the medication during the Phase I portion achieved minimal residual disease-negative status.