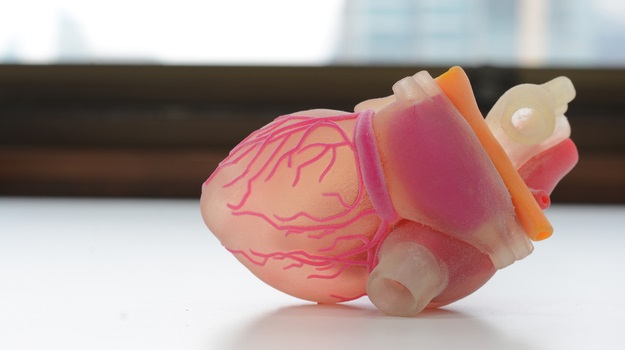 There has been recent coverage of 3D bioprinting and how it has the potential to create a brave new world of printed organs to be used in biopharma research and maybe someday to even be used in organ transplants. Companies such as France-based Pessac and Belgium-based Prometheus are teaming up to use high-precision 3D bioprinting of tissue for skeletal regeneration. San Diego-based Organovo has developed its ExVive Liver and Kidney Tissue, and Cyfuse Biomedical bioprinted human liver tissue that maintained metabolic functions in 2017.

And while that is very exciting and likely to lead to a revolution in research and organ transplants, a parallel track is developing — creating organs that aren’t bioprinted, often using stem cells to grow specific tissues and cells. Here’s a look.

InvivoSciences. Located in Madison, Wisconsin, InvivoSciences has developed micro-engineered heart tissues, now called NuHeart. The company uses a patented 3D culture technology that is not bioprinting, but more like growing specific heart tissues out of stem cells. It can reconstitute muscle, such as skeletal, cardiac, or smooth muscles as well as connective tissue like dermis of the skin in micro-well plates. “Based on our invention,” the company states on its website, “we fabricate NuHeart and conditioned (e.g., mechanical stretching) to mature for analyzing their electrophysiology, contractility, and profibrotic phenotypes using our high-throughput and high-content phenotypic compound screening platform; we call it, Live-in-Tissue Analyzer (LITA).”

In short, the company produced 3D mini hearts that can be used in biopharma research to test how drugs affect a human heart, not laboratory animals. They are specifically designed for drug testing.

Platelet BioGenesis (PBG). Cambridge, Massachusetts-based Platelet Biogenesis (PBG) was awarded a two-year, $3.5 million grant from the U.S. Department of Defense (DoD). The funds are to support the company’s proprietary bioreactor to produce therapeutic amounts of platelets.

PBG is working to develop a mobile and scalable system that can supply functional human platelets on-demand without using human donors. Platelets are the cells in blood that promote blood clotting. They are also important treatments for people exposed to radiation, cancer and wound and trauma care. However, natural platelets have a shelf life of about two to five days, so their supply is typically limited.

Emulate and AstraZeneca. In May, privately-held Emulate inked a deal with AstraZeneca’s Innovative Medicines and Early Development (IMED) Biotech Unit to embed its Organs-on-Chips technology within the laboratories of the IMED Drug Safety organization. The two companies have been collaborating on the Organs-on-Chips technology platform since 2013.

About the size of an AA battery, Emulate’s organ chips contain hollow channels “lined with tens of thousands of living human cells and tissues.” These “living” chips recreate the natural physiology and mechanical forces that cells experience within the human body. The platform is made up of the Organ-Chips, instrumentation, and software apps.

Initially, the two companies will use Emulate’s Liver-Chip to evaluate drug candidates’ safety. They plan to submit Organ-Chip data to regulators along with other traditional data. They intend to develop the functionality of three other Emulate Organ-Chips — the Lung Tumor-Chip, Lung-Chip, and Glomerulus Kidney-Chip.

Joshua Gershlak, Worcester Polytechnic Institute. In 2017, Gershlak, a PhD student in the institute’s Department of Biomedical Engineering, published research in the journal Biomaterials describing how he and his research group have used spinach to build working human heart muscle. Gershlak, in a video describing the study, said, “The main limiting factor for tissue engineering … is the lack of vascular network. Without that vascular network, you get a lot of tissue death.”

But a leaf has its own branching network of veins that delivers water and nutrients to its cells. Gershlak used plant veins to replicate the way blood moves through tissue, utilizing a modified spinach leaf. He removed its plant cells, which left behind a cellulose frame. They then soaked it in live human cells, causing the human tissue to grow on the spinach scaffolding and surround the veins. As National Geographic writes, “Once they had transformed the spinach leaf into a sort of mini heart, the team sent fluids and microbeads through its veins to show that blood cells can flow through this system.”

Between advances in stem cell research—and spinach leaves—and 3D bioprinting, the future looks very near for developing living tissues for research and transplants.