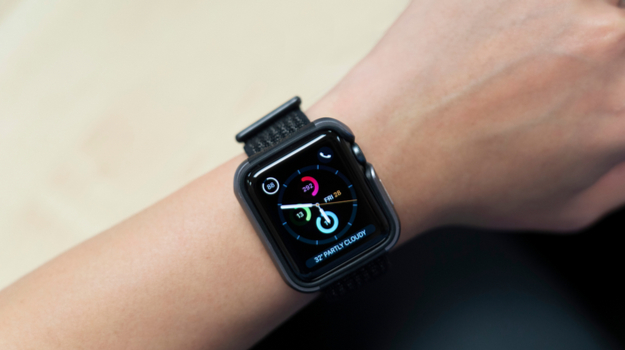 Stanford University researchers kicked off the annual meeting of the American College of Cardiology with a very large study of more than 400,000 patients in a trial sponsored by Apple. They presented the results of whether the Apple Watch AFib can accurately detect heart rhythm problems. Dubbed the Apple Heart Study, the trial had 419,297 participants, described as “a research study conducted to evaluate whether the Apple Heart Study App can use data collected on the Apple Watch to identify irregular heart rhythms, including those from potentially serious heart conditions such as atrial fibrillation.”

The patients participating wore the Apple Watch and were sent a notification if the smartwatch detected an irregular heartbeat. They were then followed up with an ECG for verification.

Perhaps unsurprising—at least for anyone who has used one of the various smartwatch devices to monitor heart rate, steps, and other metrics, such as the Apple Watch, Garmin, Fitbit or others—there were some concerns about the rate of false positives in the study.

The study used an older version of the Apple Watch AFib, not the latest one launched in September, which had added a built-in electrocardiogram to its pulse sensor. In the study, about 2,160 people, or 0.5 percent, received notifications of irregular heart rhythms. In older people, 65 years and older, the rate was higher, about 3.2 percent, compared to 0.16 percent in people ages 22 to 39.

What Did They Find In Study About Apple Watch AFib?

Of those 2,160 receiving notification, only about 450 didn’t receive and return the wearable ECG patches to the research team. That was because some people didn’t bother calling their physicians or they had already been diagnosed with atrial fibrillation, which disqualified them from the study.

During a panel discussion of the trial, Jeanne Poole, professor at the University of Washington in Seattle, said, “This also has the possibility to lead a lot of patients potentially to be treated unnecessarily or prematurely, or flooding doctors’ offices and cardiologists’ offices with a lot of young people.”

Marco Perez, an associate professor of cardiovascular medicine at Stanford and one of the study’s lead researchers, told the Wall Street Journal, that another way of looking at it was that the Apple Watch AFib detected atrial fibrillation as confirmed by the ECG patch at 84 percent. However, that analysis was performed in a smaller group, in the 86 participants who had positive watch notifications.

Perez, reported Reuters, said, “The physician can use the information from the study, combine it with their assessment … and then guide clinical decisions around what to do with an alert.”

The study results certainly give Apple ammunition to continue this type of study, particularly since the study did not use its new Series 4 Watch, whose built-in electrocardiogram required clearance from the U.S. Food and Drug Administration (FDA).

Is the Apple Watch AFib ready to be used as a default atrial defibrillation monitor in the general population and by physicians with patients with or at high risk of atrial fibrillation? Probably not. But it does seem like a start.

Deepak Bhatt, a cardiologist from Brigham and Women’s Hospital in Boston who was not involved in the trial, told Reuters, “The study is an important first step in figuring out how can we use these technologies in a way that’s evidence based.

Other physicians agreed, and the researchers themselves indicated that physicians should be cautious when using data from consumer devices when treating patients. But they do see the potential of the devices.