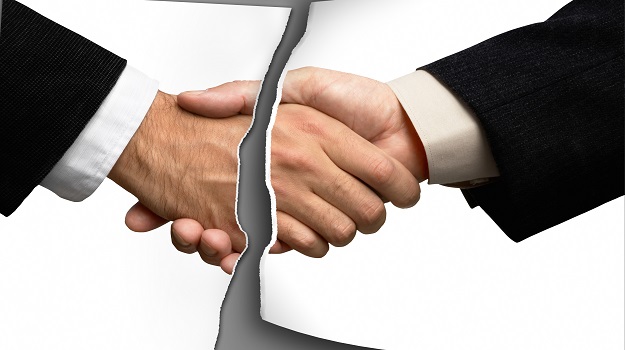 Shares of New Jersey-based Advaxis have plunged more than 28 percent in premarket trading after the company quietly disclosed that Amgen terminated its collaboration on an immuno-oncology program.

In a filing with the U.S. Securities and Exchange Commission, Advaxis said Amgen issued a written notice that it will withdraw its partnership on the development of ADX-NEO, a preclinical program that uses Advaxis’ proprietary Listeria monocytogenes attenuated bacterial vector. The vector is designed to activate a patient’s immune system to respond to unique mutations or neoepitopes. The partnership with Amgen is set to end Feb. 8, 2019. Advaxis said it is currently enrolling patients for an early-stage trial and will have to evaluate whether or not to find a new developmental partner for the ADX-NEO program.

The deal between the two companies was first inked in 2016 and had a value of up to $540 million. Amgen made a $40 million upfront payment and purchased $25 million of Advaxis common stock as part of the deal. Advaxis had been leading the clinical development of ADXS-NEO through proof-of-concept. Over the past fiscal year, Advaxis said in its filing that it has received reimbursement payments of $5.8 million and $7.5 million, respectively, related to the Amgen agreement. No reason was provided for the termination of the agreement.

As expected, shares of Advaxis took a hit following the announcement. The stock fell to 11 cents per share in premarket trading. It closed at 38 cents per share on Thursday.

Amgen’s decision to walk away from the deal with Advaxis is the latest blow to the company and its investors. In March the U.S. Food and Drug Administration halted a clinical trial on a cancer study. The trial was studying a combination of Advaxis’ axalimogene filolisbac (AXAL) with AstraZeneca’s Imfinzi (durvalumab) in the treatment of advanced, recurrent or refractory cervical cancer and HPV-associated head and neck cancer. The trial was halted by the FDA following the death of a patient. The patient died as a result of respiratory failure nine months after being dosed with the combination treatment. The hold was lifted in July. To lift the hold, the FDA and Advaxis agreed to new guidelines for the study that will assist with the early detection and treatment of “such rare events.” However, in November, Advaxis announced that it would not continue enrollment in the Phase I/II study combining AXAL and Imfinzi in order to “maximize the efficient use of clinical funding resources.”

Also in November, Advaxis said it planned to continue a Phase III trial with AXAL in high-risk, locally advanced cervical cancer (AIM2CERV). The company said at the time that it is evaluating the possibility of accelerating the timeline for the interim analysis of safety and efficacy, as well as establish a “more stringent futility boundary” for the study. Advaxis said over the next several of months it planned to finalize the redesign of the trial and review it with the FDA. Advaxis Chief Executive Officer Kenneth Berlin said the company has become “increasingly optimistic about the prospects” of that study.

“The redesign of AIM2CERV with an earlier interim analysis would allow us to alter course or, if necessary, stop the study, depending on the results. If the FDA accepts our proposed revisions, we anticipate having a recommendation based on the interim analysis from the data monitoring committee as early as the fourth quarter of 2020,” Berlin said in November.