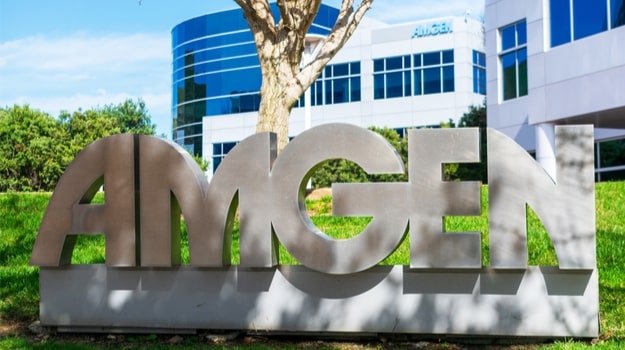 One month after snapping up Five Prime Therapeutics and its Phase III ready anti-FGFR2b antibody bemarituzumab for $1.9 billion, Amgen announced the U.S. Food and Drug Administration (FDA) awarded Breakthrough Therapy Designation to the asset as a first-line treatment for certain types of gastric cancer.

Amgen R&D Head David M. Reese said the FIGHT trial is the first study that evaluated targeting the overexpression of FGFR2b in cancer. He said bemarituzumab as a front-line therapy demonstrated “clinically meaningful outcomes” in those three key endpoints in patients diagnosed with advanced gastric or gastroesophageal cancer. He added the company looks forward to moving bemarituzumab into Phase III and is already discussing potential paths to approval with various regulatory bodies.

It is estimated that more than one million new cases of gastric cancer are diagnosed annually, particularly in Asia, where the disease is more common. Amgen expects to see that area become an important market for medications like bemarituzumab. In preparation for potential marketing of bemarituzumab, Amgen said at the time it acquired Five Prime that it will leverage its presence in Japan and other Asia-Pacific markets to maximize bemarituzumab's potential. Amgen said that approximately 80% to 85% of patients with advanced gastric and GEJ cancers are HER2-negative. Also, it is believed about 30% of these patients present with FGFR2b overexpression.

Bemarituzumab targets FGFR2b, which is overexpressed in approximately 30% of patients with non-HER2 positive gastric cancer, as well as other solid tumors. As BioSpace previously reported, additional analysis from the Phase II study showed a positive correlation between efficacy and expression of FGFR2b on tumor cells, confirming both the importance of the FGFR2b target and the activity of bemarituzumab against this target. In its announcement this morning, Amgen said that correlation suggests that FGFR2b could play a role in other epithelial cancers, including lung, breast, ovarian and other cancers. The Breakthrough Therapy Designation was granted based upon a subset of patients who showed at least 10% of tumor cells overexpressing FGFR2b.

The FDA’s Breakthrough Therapy Designation is critical to companies as it expedites the development and regulatory review of investigational drugs that may have the potential to demonstrate substantial treatment improvement over available medicines. For Amgen, the designation awarded to bemarituzumab is the second oncology asset in its portfolio to receive the designation in the past six months. In December 2020, sotorasib, which is being assessed in non-small cell lung cancer, won Breakthrough Therapy Designation. In February the drug was granted Priority Review by the FDA for patients with KRAS G12C-mutated locally advanced or metastatic NSCLC, after receiving at least one previous systemic therapy.