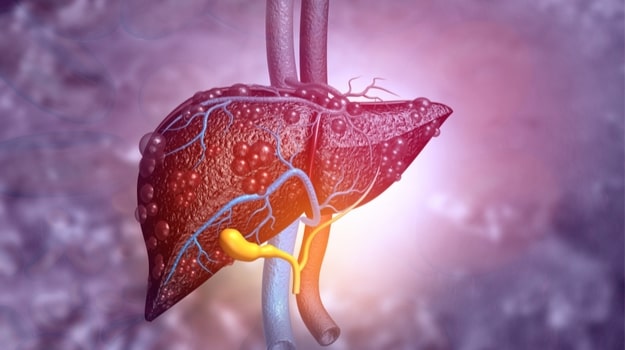 Shares of Akero Therapeutics surged more than 104% in premarket trading after the announcement that efruxifermin (EFX) improved liver fibrosis and prevented disease worsening in patients with pre-cirrhotic nonalcoholic steatohepatitis (NASH).

In the Phase IIb HARMONY trial, Akero shared that both doses of efruxifermin, 28mg and 50mg, demonstrated a statistical significance on primary and secondary histology endpoints after 24 weeks.

Data show that 39% and 41% of patients treated with both doses respectively experienced at least a one-stage improvement in liver fibrosis with no worsening of NASH after 24 weeks. The placebo arm showed a 20% improvement.

The study also achieved a key secondary endpoint as trial participants who received efruxifermin did not see a worsening of fibrosis.

According to the data, 76% of patients who received 50mg of efruxifermin did not see a worsening of disease: 47% of those who received 28mg reported the same. This was compared to 15% in the placebo arm.

Andrew Cheng, president and chief executive officer of Akero, said the drug’s design offers a holistic approach to addressing the complex issues associated with NASH, including its link to cardiovascular disease.

Nearly three-fourths of HARMONY patients, about 70%, had type 2 diabetes and NASH. The majority of patients, about 66% had fibrosis stage 3. The remaining patients were at stage 2.

With all these markers taken together, Cheng said efruxifermin could become a foundational medicine for NASH due to its demonstrated ability to improve whole body metabolism.

“EFX has demonstrated potential to address critical unmet need in the treatment of NASH, particularly for patients with advanced fibrosis,” he said.

A serious progressive liver disease, NASH is projected to become the leading cause of liver transplants in the United States. Despite the rising numbers of NASH patients, the condition has proven over and over to be difficult to target as multiple attempts have failed to achieve endpoints.

The only current treatment option for NASH patients is diet and weight loss.

Catriona (Kitty) Yale, chief development officer at Akero said the company is already in talks with the FDA and EMA about the design of a registrational Phase III study. Although the design has not been finalized, she expected the trial to begin sometime in 2023.

Akero is also assessing efruxifermin in the Phase IIb SYMMETRY study in pre-cirrhotic NASH patients. The SYMMETRY trial pairs efruxifermin with a GLP-1 receptor agonist in these NASH patients who are also diagnosed with type 2 diabetes.

Yale said the strength of the data seen in HARMONY gives her confidence in the SYMMETRY study, which is expected to read out later this year.

By 2026, the NASH market is expected to be valued at $18.3 billion. It’s only expected to become larger due to its prevalence in the United States.