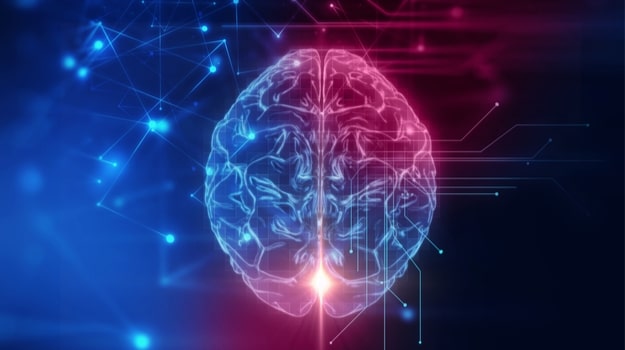 It’s not exactly news that biopharma companies are leveraging artificial intelligence (AI) and machine learning to enhance and speed drug discovery and development. In April 2019, only a few weeks after Concerto HealthAI inked a deal with Bristol-Myers Squibb, it signed a similar deal with Pfizer. The commonality was Concerto focuses on oncology-specific Real-World Data (RWD) and advanced AI for Real-World Evidence (RWE) generation, an area of increased interest for biopharma companies.

Concerto HealthAI planned to collaborate with Pfizer on Precision Oncology using Concerto’s eurekaHealth platform, artificial intelligence (AI) models and Real World Clinical Electronic Medical Record (EMR) and healthcare claims. They intended to use data from clinical medical practices that participate in the American Society of Clinical Oncology’s CancerLinQ initiative and others throughout the U.S.

In 2018, CancerLinQ teamed with Concerto HealthAI and Tempus to speed its joint research effort with the U.S. Food and Drug Administration (FDA)’s Center for Drug Evaluation and Research (CDER) to understand real-world use, tolerability, and effectiveness of immune checkpoint inhibitors. Concerto HealthAI and Tempus started analyzing a de-identified data set that CancerLinQ gave to the FDA, which represented more than 10,000 patients treated with checkpoint inhibitors in both approved and unapproved indications.

Those are just a few major examples of how biopharma is leveraging AI and forging partnerships with companies focused on AI for drug development and clinical trials. There have been a few recent AI-based partnerships as well.

“We are thrilled to collaborate with Deep Genomics, a leader in AI-facilitated discovery and development of potential oligonucleotide-based therapeutics, and to tap into their AI Workbench to unlock the potential of exciting new drug targets for rare disease,” said Lon Cardon, BioMarin’s chief scientific strategy officer and senior vice president. “We believe the combination of Deep Genomics’ experience in using artificial intelligence to creatively modulate targets coupled with our proven track record in developing transformational medicines for patients with rare diseases will speed BioMarin’s trajectory into new biological frontiers.”

Also, InterVenn Biosciences, based in New York City, raised $34 million in a Series B financing to expand its precision medicine platform. The company focuses on using AI for biomarker discovery and to help design clinical trials. The technology platform mixes hardware, wetware, and software to develop “project-specific workflows” that allows them to create laboratory diagnostic tests.

The tech platform targets carbohydrates known as glycans, looking for aberrant glycosylation of certain proteins, which are implicated in a variety of disease states, including inflammation. One project the company is working on is VOCAL (InterVenn Ovarian Cancer Liquid Biopsy), which is evaluating a blood test to determine if an ovarian tumor is benign or malignant. It is also conducting research into colorectal cancer and kidney cancer, hunting for “clinically actionable” biomarkers that can be used for diagnosis, prognosis, and detection of cancer recurrence, as well as predictive tests to help choose appropriate drugs.

“While we’ve known about glycoproteomics for more than 15 years, we’ve been unable to do much with it, solely because of the massive amounts of data it generates,” Aldo Carrascoso, InterVenn’s founder, told VentureBeat. “It was too time-consuming and had too much possibility for error for any human computation. When my family was very personally affected by cancer and I met Carlito [Carlito Lebrilla, Berkley biochemistry professor, and co-founder of the company] and heard about his work, I wanted to use my tech background to help solve these problems.”

In addition to the various cancer work, InterVenn recently identified differences in the glycoproteomic profile of severely ill COVID-19 patients compared to those who were asymptomatic. They analyzed almost 100 blood samples in its lab in hopes of identifying differences in susceptibility.

The financing was led by Anzu Partners with Xeraya Capital, Oriza Ventures, the Ojjeh family, and the Korenvaes family. The Series A round was $9.4 million in December 2018.