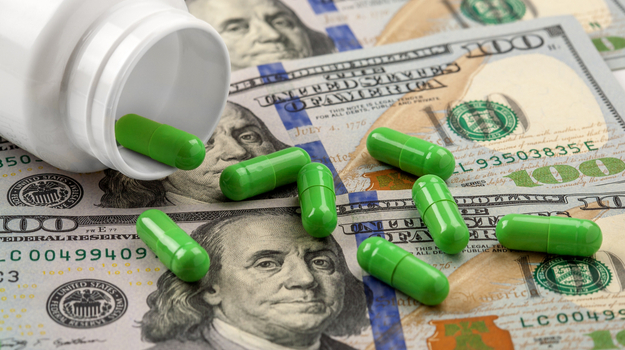 AbbVie’s Humira has been the top-selling drug for several years. The medication brought the Illinois-based company nearly $20 billion in revenue in 2018.

As Humira is the king-of-the-hill when it comes to global drug sales, AbbVie has done all it can to protect its cash cow from competition, particularly from biosimilar medications. AbbVie has created a thicket of patent protection in the United States that will prevent biosimilars being sold in the U.S. until 2023. In November, the U.S. Food and Drug Administration (FDA) approved Sandoz’ Hyrimoz, a biosimilar to Humira, but due to the patent protection, it cannot be launched in the U.S. for another four years.

In late 2018, Humira began to face biosimilar competition in Europe per deals AbbVie struck to protect its cash-cow. In Europe, Humira is now being challenged by biosimilars developed by Amgen, Novartis, Samsung Bioepis and Mylan. AbbVie is continuing to fight to protect its market share in Europe and maintain its top spot as the world’s best-selling drug.

On Tuesday, Nature put together a list of the top-selling medications for 2018. As expected, AbbVie’s Humira was number one on the list at nearly $20 billion in revenue. Coming in at number two is Celgene’s Revlimid, which brought in $9.6 billion in revenue in 2018. As Nature noted, the annual sales of Revlimid were one of the pieces of Celgene that attracted Bristol-Myers Squibb into making its $74 billion bid for Celgene earlier this year. Revlimid, which is Celgene's biggest revenue driver, is expected to begin facing generic competition in 2022. By 2026, Revlimid is expected to lose about 90 percent of its revenue-driving power due to increased competition.

Coming in at number three on the Nature list is Merck’s blockbuster checkpoint inhibitor Keytruda. Since Keytruda was first approved, the medication has gone on to garner 14 approvals from the FDA for various indications. In February, Keytruda was lining up to be a cornerstone treatment in renal cell carcinoma. The FDA granted priority review to a combination of Keytruda and Inlyta as the first-line treatment of patients with advanced renal cell carcinoma. The FDA is expected to make its decision on the combination treatment by June 20. Sales of Keytruda generated more than $3.8 billion for Merck in 2017 and nearly doubled that in 2018 to $7.2 billion.

Three Roche drugs combined to garner the company $22 billion in revenue for 2018. Herceptin generated revenue of $7.1 billion, Avastin earned $7 billion and Rituxan snagged $6.9 billion last year. Sales for Herceptin remained the same as 2017, while Rituxan’s sales actually declined from $7.5 billion, according to Nature.

Nature also took a look at the top companies as far as revenue for the previous year. Pfizer came in at the top spot with $47.7 billion, followed closely by Roche at $44.6 billion and Novartis with $43.5 billion in revenue. J&J took home $41.7 billion in 2018 and Sanofi snagged $40.6 billion. Merck came in at number six on the list with $37.5 billion in annual revenue last year and GlaxoSmithKline brought in $35.9 billion, according to the list. AbbVie garnered $32 billion for 2018, Bayer snagged $23.4 billion and Amgen earned the tenth spot with $22.5 billion in revenue.