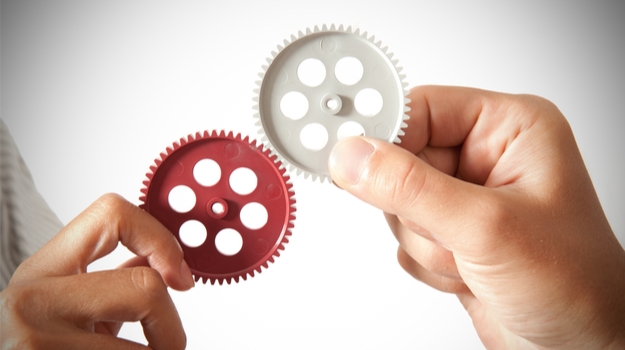 “Based on our strong switchable CAR-T alliance launched in 2018, we feel the expanded relationship with AbbVie represents a robust path forward for some of our programs, complementing a diverse ecosystem of innovation we’ve created over the past several years at Scripps to advance life-changing therapies,” said Peter Schultz, chief executive officer of Scripps Research and Calibr, its drug discovery division.

Under the terms of the 2018 agreement, AbbVie paid Calibr an upfront license fee and picked up exclusive access to Calibr’s switchable CAR-T platform for up to four years. The plan was to develop T-cell therapies against solid tumor targets chosen by AbbVie. AbbVie had the option to develop more cell therapies toward its targets and license existing Calibr cell therapy programs in hematological and solid cancers, including Calibr’s lead programs.

In the new collaboration, in addition to the initial programs, Scripps will offer AbbVie a certain number of preclinical programs each year to be included in the partnership. They will work together in parallel to advance CD3 bispecifics against cancer targets picked by AbbVie

Under the terms of the deal, Scripps will run preclinical R&D, and in some cases, Phase I clinical trials. AbbVie will have an exclusive option to continue development and possible commercialization activities.

Once AbbVie chooses to exercise its option on any given program, it will pay Scripps additional payments that include option exercise fees, success-based development and commercial milestone payments, and tiered royalties. At hitting a milestone, AbbVie will make an undisclosed upfront payment as well as near-term milestone payments.

“The best way to develop transformational medicines is through collaborations that bring together the brightest minds,” said Mohit Trikha, vice president and head of oncology early development at AbbVie. “This partnership with Scripps Research will collaboratively advance next generation programs, build stronger relationships with proven and emerging scientific leaders, and most importantly help us advance novel medicines for patients.”

Trikha added, “We are eager to partner with Scripps on these assets as they enter the clinic over the next few years as Scripps has one of the strongest track records of any academic institution when it comes to advancing novel medicines for patients.”

Although neither organization released financial terms, they did say the partnership requires antitrust review. Under the law, reports The San Diego Union-Tribune, antitrust review has to be conducted for deals exceeding $84.4 million.

The Tribune notes, “A deal of that size will bolster the La Jolla biomedical science institute’s troubled finances for several years, and perhaps much longer. And if approved cancer therapies result, the payout could be gigantic.”

The early work will be on an immuno-oncology treatment for lymphoma, which Calibr plans to launch in the clinic in 2020.

“What we’re developing is a fully controllable, universal switchable CAR-T cell platform that allows a physician fine control over the activation and specificity of the CAR-T cells,” Travis Young, director of protein sciences at Calibr told The Tribune.

At the moment, there are two CAR-T products approved, Novartis’ Kymriah and Gilead Sciences’ Yescarta. Both are quite effective in certain patient populations, but the process is expensive and time-consuming, requiring immune cells be collected from the patient, engineered to focus on the patient’s specific cancer, then be infused back into the patient. A number of companies are working on off-the-shelf CAR-T, that would not require the specific engineering catered to each patient.

CAR-T and other immunotherapy approaches also have high risks of immune reactions, although Novartis and Gilead have both developed protocols for minimizing or dealing with them. Scripps argues that their type of CAR-T improves over these, particularly in terms of safety, convenience and versatility.

“These antibody-based switches bridge the CAR-T cells to the target cell. And so, by forming that bridge, they develop an immunological synapse, which redirects the CARs very specifically towards the target cells,” said Young.

They also claim they can control the intensity of the response by varying the number of antibodies infused, would should minimize the adverse immune reactions.

The Tribune notes that in recent years Scripps has reported annual deficits that have hit as high as $20 million. The company currently has a drug in early clinical trials for osteoarthritis and is prepping another for prostate cancer, which it is hoping to partner with a company for commercialization.