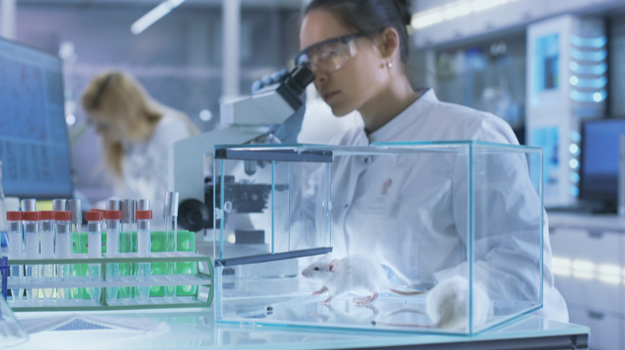 New research out of McMaster University found a recently abandoned Bayer compound halted the growth of an aggressive form of pediatric medulloblastoma in mouse models.

Brain tumors have overtaken leukemia as the deadliest childhood cancer. The MYC gene-amplified type of medulloblastoma is the deadliest of the four subgroups, forming highly malignant tumors characterized by therapy resistance and disease recurrence. Even in the cases that are "curable," the cure comes at a steep price for this vulnerable population.

"We often use mortality as our success measure with cancer treatment," William Gwynne, a postdoc at McMaster and first author of the study, told BioSpace.

"Unfortunately, that's not an accurate measuring stick to how well we're doing with cancer treatment. Because even though 70% of medulloblastoma patients will be cured with standard of care - chemotherapy and radiation - almost 100% of them will have what we call neurotoxic second delay," he continued. This refers to a series of neurocognitive and developmental deficits.

Gwynne joined Dr. Sheila Singh's lab for his postdoc training, intrigued by her approach to studying cancer using a comparative developmental biology perspective. Singh is a pediatric neurosurgeon, so this is a need acutely felt in her own patient population.

They identified the genes highly essential for survival of the cancer cells, but non-essential to the stem cells. A collaboration with J. Rafael Montenegro-Burke from the University of Toronto dug into the metabolic profiles of the neural cells versus the medulloblastoma cells. Both the gene research and metabolic research pointed at the same thing, which got the research team "really, really excited."

"It turns out that this enzyme, DHODH, which fuels the production of these pyrimidine molecules, was an excellent druggable target," Gwynne said. "It was being pursued in other cancer types like leukemia. But nobody had pursued this in brain cancer yet."

The team utilized the DHODH inhibitor created by Bayer, BAY2402234, due to its ability to highly penetrate the blood-brain barrier, something other inhibitors like brequinar were unable to do.

The compound had been in a Bayer-sponsored trial for patients with acute myeloid leukemia, but in January the trial was terminated due to "lack of sufficient clinical benefit."

Gwynne pointed to selection of the "right patients" as being the potential key benefit of a DHODH inhibitor. The research zeroed in on a specific set of patients with MYC-driven medulloblastoma because the DHODH pathway is particularly high in those cells. Inhibiting the DHODH in these cells evokes metabolic stress to halt the cycle progression and induce cell death.

An important factor in any new research is reproducibility. Singh and Gwynne's research was published Nov. 10 in Cancer Cell. In August, two other papers were published in Cancer Cell, one targeting IDH mutant glioma and another studying a near-universally fatal brainstem tumor.

These two papers came to the same conclusion as Singh's lab. All three teams utilized BAY2402234 to inhibit DHODH for three different kinds of brain cancers, and all signs point to it being a promising approach to stopping brain tumor growth.

Gwynne and Singh are most excited about this potential new treatment approach because of its cancer-targeting effects with minimal impact on healthy cells.

"It's just amazing how this is really a cancer-selected metabolic vulnerability," Singh told BioSpace.

"Only the cancer cells are disabled by this drug. The neuro stem cells are... relatively untouched by the drug at the same dose," she said. This is important because clinical trial subjects are small children with pools of stem cells that are rapidly divided into developing and creating new organs and laying down new pathways in the brain.

"So, it's absolutely essential that any drug we use doesn't target those developing cell populations."

In the lab, Gwynne observed how gaunt and sickly the mice treated with chemo and radiation were, as is typical in these studies. In stark contrast, the mice treated with the Bayer compound were "running around the cage happy and healthy." Those mice also outlived the mice receiving traditional treatments.

"This single agent DHODH inhibitor was as effective as current standard of care in this mouse model without the side effects of the mice becoming really, really sick and getting really, really skinny like they normally do," Gwynne said.

Due to the low-toxicity profile, Singh said a Phase I clinical trial is the next logical step. Bayer has yet to contact her, but a lot of interest has surfaced since the paper's publishing.

"I've been contacted by drug developers who are interested and they're asking me questions like, do you think this could translate to clinical trials?Our papers have reenergized interest around that compound."

BioSpace reached out to Bayer for comment but had not heard back at the time of this publication.