A Talk With Robert Jacks, New CEO of NASH and Fibrotic Drugmaker Indalo 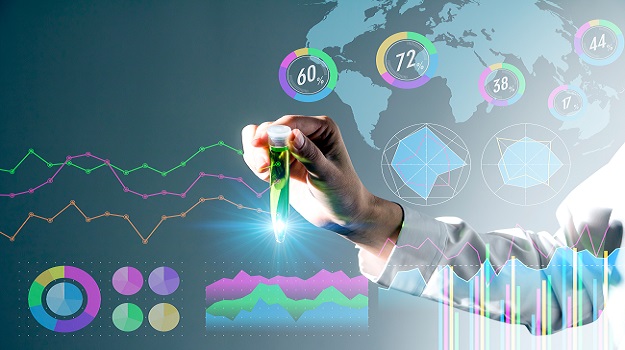 Robert Jacks, co-founder and former chief financial officer of Symbiomix Therapeutics, has taken over the reins of Cambridge, Mass.-based Indalo Therapeutics and will help guide the company in the development of therapies for patients suffering from serious fibrotic diseases such as NASH and idiopathic pulmonary fibrosis (IPF).

Jacks assumes the helm of the company as it aims to take its lead fibrotic drug candidate, IDL-2965, into the clinic this year. IDL-2965 is an oral, selective, RGD-binding integrin antagonist that inhibits the activation of TGF-β as well as the ability of the stiff extracellular matrix to promote fibroblast migration and survival. IDL-2965 displays potent antifibrotic efficacy at low once-daily doses across multiple models of disease in vital organ systems, including the liver, lung and kidney. Indalo has completed a rigorous set of GLP toxicology and safety-pharmacology studies with IDL-2965 in preparation for human studies and has designed an efficient and adaptive Phase I program that enables assessment of safety, PK and biomarker-based proof of mechanism in NASH and IPF patients, the company said.

Jacks, in an exclusive interview with BioSpace, said there were multiple reasons that he opted to take over at Indalo. First, he pointed to the leadership team of fibrotic experts already in place, including Chief Medical Officer Bill Bradford and Chief Scientific Officer Scott D. Seiwert, both of whom were senior leaders at Intermune, where they were instrumental in the development and approval of Esbriet (pirfenidone) prior to the acquisition of the company by Roche in 2014. Secondly, Jacks said the fact that the company has been financially supported by Atlas Ventures and F-Prime was also reassuring, given those firms’ solid history in the biotech industry. Both firms co-led the company’s $26 million Series A financing. But, perhaps most importantly, Jacks pointed to the company’s pipeline data and the potential its lead product has as a therapy for NASH (nonalcoholic steatohepatitis) and other fibrotic diseases.

“When I looked at the data, I was impressed,” Jacks said. He added that of the other companies diving into the $20 billion NASH market, he has not seen the quality of data that Indalo has generated, although most of that has not been disclosed.

“This is an area that’s really exciting,” he said.

The NASH market is projected to be an enormous market in the United States, Jacks said. NASH is increasing in part due to the rise of obesity and diabetes diagnoses. Excessive accumulation of fat in the liver induces chronic inflammation, which causes progressive fibrosis, cirrhosis and eventually end-stage liver disease. In the United States NASH affects 2 to 5 percent of people. If you have a chance to develop a treatment that can have an impact on a significant number of lives, it’s a positive place to be in, he added. He noted that NASH is complicated to treat and the fibrotic stages have particularly poor outcomes. That’s why he is excited about IDL-2965 and its displays of potent antifibrotic efficacy. Having that antifibrotic effect is important, he said.

Not only is IDL-2965 heading into the clinic for NASH, but the company is also exploring it as a potential therapy in other fibrotic indications. It has shown promise across multiple models of disease in vital organ systems, including the liver, lung and kidney. Over the next 18 months the goal is to explore those other areas for potential clinical research, Jacks said.

In addition to his roles at Symbiomix, which was acquired by Lupin, Inc. in 2017, Jacks held key positions at several private biotechnology firms, including Tobira Therapeutics and ACT Biotech. Jacks also previously served as an Entrepreneur-in-Residence for OrbiMed and as a director of business development for Pfizer, where he led the Licensing Leadership Teams for Oncology and Infectious Diseases.

Looking at the near future of Indalo, Jacks said the company is one that has not received a lot of attention. But, he said Indalo will, within a short period of time, be recognized as a leader in the field of antifibrotic treatments.