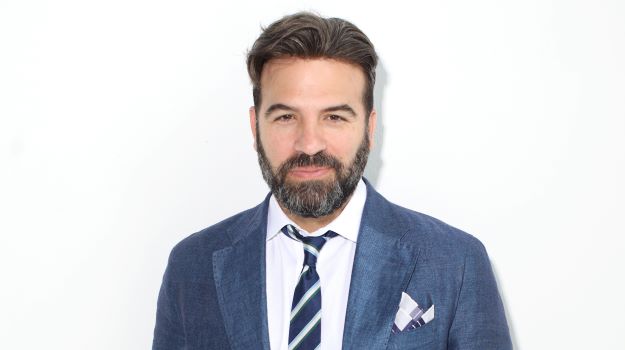 There is a pandemic raging across the world – and it has nothing to do with a coronavirus. Approximately 500 million people worldwide suffer from genital herpes. Several billion more have an oral herpes infection. Herpes is a life-altering disease that can lead to chronic pain, blindness, and death, particularly in neonatal and pediatric populations – and a major regulator is finally paying attention.

On July 22, Rational Vaccines, an investigational-stage company working to revolutionize the treatment of herpes announced that it had been awarded an Innovation Passport under the United Kingdom’s new Innovative Licensing and Access Pathway (ILAP). The designation was awarded for RVx201, a live-attenuated therapeutic vaccine the company is developing for genital herpes resulting from the herpes simplex type 2 (HSV-2) virus.

For Rational Vaccines founder and Chief Executive Officer, Agustin Fernandez III, the primary importance is what the Innovation Passport signifies.

“I think the real value for the world, for patients who are suffering every day, the mother who has lost a child to herpes, the patient who is going blind from ocular herpes, the up to 34% of HIV cases that are directly attributable to HSV-2, is the human element, the fact that a very respected regulator for the first time ever said look, herpes is a serious disease,” he told BioSpace.

The current therapeutic regimen available to herpes patients consists of antiviral medications, which can prevent or shorten outbreaks. There is no cure, and no approved vaccines or immunomodulating therapies for the disease. For Fernandez, who has HSV-1, herpes is personal.

“RVx201was created for patients like me to help us control the virus better. I would take the antivirals, and they would just not work. It started from a very personal point, and then I realized that there are so many people out there suffering the same way. So it began from a patient aspect, and it has grown into a patient's aspect,” he said.

Fernandez explained that the herpes simplex virus has evolved to evade the immune system, downregulating its first line of defense, the interferon response. RVx201 is a first-in-human HSV-2 live-attenuated therapeutic vaccine that is modified to be interferon sensitive and destroy the ability of the virus to inhibit immune responses.

“Our vaccine, as opposed to other past live attenuated vaccines, has been rationally engineered, hence the name. We’ve found which protein specifically works to downregulate this immune response and we've mutated that protein. So, our mutant doesn't have the ability to evade the immune system,” Fernandez said.

RVx201 was initially created by Dr. William Halford who in 2010 collaborated with Dr. David Bernstein in a National Institutes of Health (NIH) funded study which provided the first evidence RVx201 might be used as a therapeutic vaccine.

The vaccine is one of the early recipients of the Innovation Passport, a designation under the ILAP, which was launched by the U.K Medicines and Healthcare products Regulatory Agency (MHRA) in January 2021 to reduce the time to market for innovative medicines.

“What ILAP is trying to do is increase the accessibility and interaction between regulators and sponsors earlier in the development process. It means that the sponsors and other companies get earlier interaction with the regulator, particularly around complex and borderline products and therapies like vaccines and cell and gene therapies, to prevent delays,” said Rational Vaccines Chief Regulatory and IP Officer, David Brindley, DPhil, MEng, PG Cert (IP), RAC (US), FRSA, FRSB.

ILAP provides a similar framework to the EU’s priority Medicines (PRIME) pathway and serves as a way to draw life sciences companies to the U.K. post-Brexit. It also offers a more comprehensive path to access for patients.

“Rather than taking the slightly narrow view of breakthrough status in the U.S., which accelerates just the clinical trial process, ILAP uniquely accelerates the entire process from trial through to market access and allows supervised early use through adaptive authorization whilst in a phase three trial,” Brindley said. “It's allowing for continuous risk-benefit analysis with real-world data collection, and that's something which in regard to vaccines has really been born out of COVID,” Brindley said.

The simultaneous focus placed on a pathway to reimbursement might be the ILAP’s most striking aspect.

“What good is it for me as a patient to have an effective treatment for herpes if the people I love can't afford it? So the reimbursement component of this, that we know will be at a place where patients will actually have access, not just approval, but financial access as well. So many of the groups that are affected by this are marginalized groups,” Fernandez said. “If we get a drug approved and they can't afford it, I’ve failed. So, this program is really, really valuable in the sense that it's thinking about those downstream realities right now.”

bluebird was granted the designation for LentiGlobin, a gene therapy in development for sickle cell disease. If approved, LentiGlobin, currently in phase III clinical trials, could become the first one-time, potentially curative treatment for SCD in the UK, the company said.

Innovation Passports are awarded by the ILAP steering committee, made up of the MHRA, the National Institute for Health and Care Excellence (NICE), and the Scottish Medicines Consortium (SMC).

Rational Vaccines is currently in the process of preparing an Investigational Medicinal Product Dossier (IMPD) to the MHRA for a phase Ib/2a trial in the U.K. The company is also advancing RVx201 as a prophylaxis under NIH-funded research. Fernandez and Brindley are confident that next year, the first patient will be dosed with RVx201 in the clinic and are expecting a 3-5 year time-to-market for the drug.